‘If a woman is free to show her body, why should she not be free to cover it?’ – Bodybuilder Majiziya Bhanu 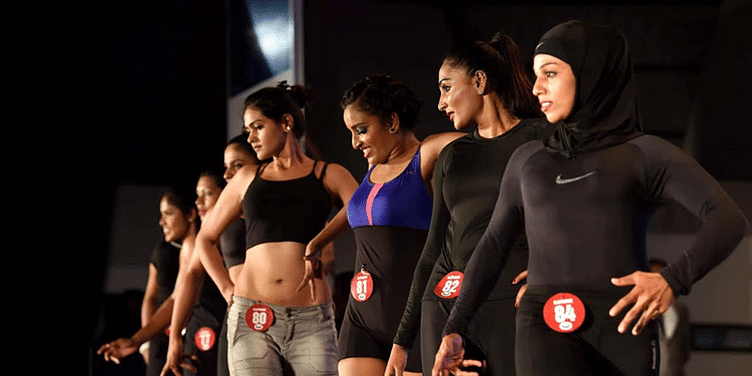 The powerlifter and bodybuilder from Kerala won the women’s category of the Mr Kerala competition wearing a hijab.

A 23-year-old woman winning the women’s category of a Mr Kerala bodybuilding competition certainly deserves the spotlight. Breaking the male bastion and that too in a hijab makes this achievement even more laudable.

The Mr Kerala competition organised by Body Building Association Of Kerala and Sports Council Of Kerala in Kochi recently was Majiziya Bhanu’s first as a bodybuilder and probably the only one in the State to do so in a hijab.

Majiziya was very much interested in sports as a child. Growing up in Orattakeri, a small village in Kozhikode district in Kerala, she participated in athletics and other sports. “Living in a village, away from the city presented many challenges in terms of facilities available for training. But I was so eager and enthusiastic to learn that my parents Abdul Majeed and Rasiya Majeed would often inquire about different sports in the nearby town for me. There were no facilities available. But I never gave up; I did everything with what was available and would go out and explore when I got the chance to,” she recalls.

In 2016, Majiziya took an interest in boxing but gave it up as she was not allowed to enter the ring wearing braces. She turned to powerlifting and won the coveted ‘Strong Woman of Kerala’ title thrice in the event organised by Kerala Powerlifting Association thrice. She also won a silver medal in the Asian Powerlifting Championship in 2017.

Bodybuilding started featuring in her plans very recently. At first, she was sceptical about the whole idea but put her preconceived notions to rest when her husband Nour Ahmad encouraged her to participate in the Mr Kerala competition.

“Though I am active and strong when it comes to powerlifting, I never even thought of bodybuilding or ‘building a physique’. But Nour who stays miles away from me in Afghanistan urged me to go for it. He gave me instructions on how I should train and also perform on stage,” she says.

The sight of a woman bodybuilder in hijab, though striking, also proves a point. “I wear a hijab and I am proud of it as it’s my identity. I felt special and unique when I was on stage wearing one. If a woman is free to show her body, why should she not be free to cover it? I want to let the world know that the hijab is never an obstacle for a woman who wants to achieve the impossible. It’s not just a piece of cloth, it offers strength and dignity,” Majiziya says.

Reaching this far also came with its fair share of challenges. “When I started going to the gym, people would advise me not to. My parents also faced disapproval. They supported me and helped realise my dreams. In the end, it is all about standing up for my rights and fighting for my dreams.”

This final year BDS student has ambitious plans for the future. She is looking forward to participating in the World Championships, be a good doctor and help people. “I want to start a sports academy for children. I want to continue what I am doing and make my husband, parents and country proud,” Majiziya says.

Ultimately, she says it’s about you and your passion. “Articulate your dreams, listen to your intuition, be gutsy and take risks, nurture yourself, go with the flow, don’t be afraid, work hard and stay focused,” she adds.