[Women in Tech] You are your own CEO, so take charge, says Marianna Tessel of Intuit 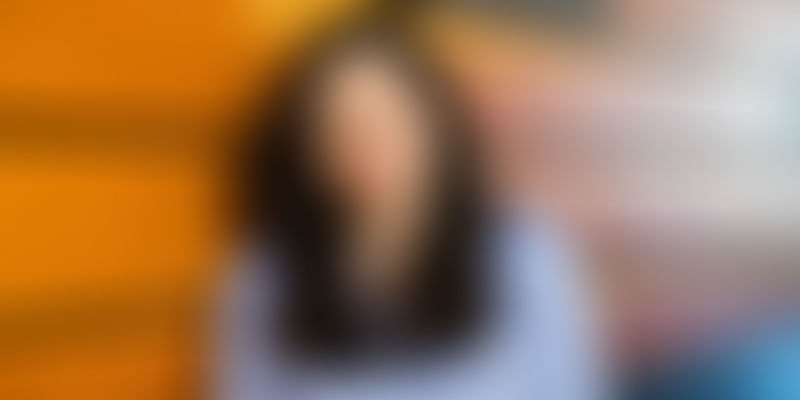 She has served in the Israeli army, worked in Silicon Valley for decades and supports non- profits that make resources accessible to women. In her day job Marianna Tessel is a senior woman in tech who believes each woman has to to be courageous and take charge of her life and career.

We caught up with Marianna on her recent India trip and spoke to her about her journey in we tech, how she has evolved as a leader and the multiple hats she wears every day.

Marianna grew up in Israel. Both her parents were engineers so opting for engineering at a time when there were hardly any girls in class was expected from me. “o It wasn’t a big deal since I was always exposed to the idea from the time I was young, and had an aptitude for maths and science.”

However, the desire to pursue computer engineering was not a given. She wanted to be a doctor, but realised she wanted to pursue a career in computers because it was not only a fundamental technology but also very open ended and enabling.

She shares, “I loved things that had to do with tech and it didn’t feel strange to me. I had many other interests too - I used to write songs and poems in Hebrew but my passion for computers and technology was the strongest. So I took that enabling path.”

From serving in the army to backpacking across India

She completed a BS in Computer Science from Technion, Israel Institute of Technology. Marianna’s first job after graduation in 1990 was with the Israeli Army, as it was a mandatory requirement.

“I was a Captain and served as an engineer. I always felt this was a good thing to happen early on in my career as it introduced me to the mission-based style of working. That sense of working towards a mission was something wonderful for I was not working for an organisation or pay but for a mission.”

In 1994 after her stint got over she and her husband, her then boyfriend, Dor Sneh took off to India, Thailand and Nepal. “I visited 40 cities in three months and I also visited Bangalore which is now Bengaluru and nothing like the clam, sleepy town that it used to be in the mid-90s.” Since she spent so much time in India, Marianna says she will always have a soft spot for the country.

However, one of her main takeaways from the journey has been the culture and the sense of happiness she found India wrapped in. “I walked away from here learning how to be happy.”

Her journey in tech

After the backpacking stint Marianna and Dor took off to Silicon Valley to meet friends and it was love at first sight. “We were both in school, computer scientists and in love with Silicon Valley. We went to work there for a couple of years and see how it would work for us.”

After 20 years they still are very much in the Valley and the love has only blossomed.

Marianna career includes engineering leadership roles at Ariba, General Magic, VMWare, and Docker. She started with General Magic, which was into mobile devices and innovation, and ahead of its time in 1995.

Reminiscing about the time Marianna says, “Believe it or not, my first job was to write a web browser for a device and in today’s world it sounds crazy but I went to the library to pick up a book on HTML so I could write the code for the browser.”

She rose up the ranks and from a programmer went on to become the VP. She moved to Ariba a B2B company in 2001. In 2008 she went to work at VMware as VP of the engineering team developing various VMware vSphere subsystems and also developing the tech ecosystem there.

In 2014 she joined a startup of 50 people called Docker, as the executive VP of Strategic Development. “Prior to that I also led the engineering organisation at Docker, expanding its open source platform and developing its commercial product offering.” After a few years there she joined Intuit in 2017.

During the course of her career, she was listed in Business Insider’s The Most Powerful Women Engineers in Tech many times.

Her mission at Intuit

“We call ourselves the champions of those who dare to dream,” says Marianna about her role at Intuit. QuickBooks allows us to help small companies be self-productive and that leads to prosperity.

“As always, I like working with a mission in mind. At Intuit, it feels we are on a larger mission and goal of making people successful and spread prosperity.”

As a woman in tech, Marianna says the best thing is that the subject itself has garnered attention and has become part of mainstream conversation. “There is consciousness and awareness around the subject. It’s a positive sign that companies are hiring more women and making a conscious effort to change things.”

What can women in tech do to thrive and survive? Her advice is: “I recommend they have some elbows and navigate through. They need to be persistent and continue to believe in themselves and forge a path because they think it’s worth it.”

Over the years she also has learned some tricks to make herself heard - like speaking at the beginning of the meeting so as to have a say throughout the meeting. Finding that voice at meetings, she feels, is important to break some of the barriers women in tech face.

Confidence in oneself is equally important. “You know you are good at tech so don’t let anyone tell you differently. And if you don’t know something say - ‘I don’t know it now but I will learn it tomorrow’,” she says.

As for dealing with unconscious bias, Marianna says that the best way is to work around it and if it’s not malicious then it is important to understand the context behind it and tackle it accordingly.

“Companies need to train people about it but it is also important for employees to speak up .”

As a leader, she follows a value based leadership model where she has learnt that if you create a harmonious and amicable environment that challenges people and drives them to give their best then you don’t need to push anyone.

Her parting shot is both pragmatic and practical. “Take charge of yourself, don’t expect people to do anything for you. ‘You are the CEO of you’ so take charge."