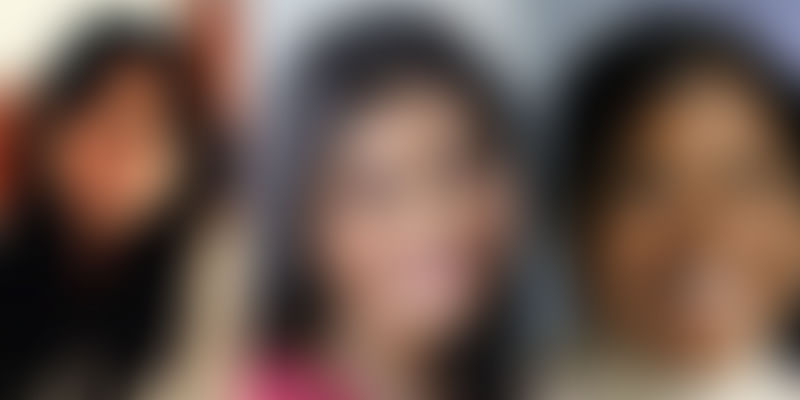 100 of the world’s most inspiring, under the age of 40, have been asked to join the World Economic Forum’s community of Young Global Leaders – meet the seven Indians who received this honour.

As yet another edition of the Young Global Leaders (YGL) initiative of the World Economic Forum comes to a close, leaders from the Class of 2018 have been announced. Seven of these 100 change-makers are Indian, and a staggering five of them are women – actor Priyanka Chopra, entrepreneurs Kanika Tekriwal and Rhea Mazumdar Singhal, corporate leader Bhairavi Jani, and academician and researcher Suchi Saria.

In fact, overall, women make up more than half of the hundred-strong list this year. In the words of World Economic Forum, the cohorts that graduate are a “sought-after peer network, driving each other to do more and be more. From being challenged at leading universities to engaging with innovative peers and influencers, YGLs are transforming how we define leadership and inspire impact.”

“They were nominated because of their ground-breaking work, creative approaches to problems and ability to build bridges across cultures and between business, government, and civil society,” writes WEF, of the current graduates, who form the fifth batch of this coveted programme.

Meet the seven Indians who cracked this list, and read what World Economic Forum has to say about their work:

She is a film actor, singer, film producer, and philanthropist. She campaigns against female infanticide, leads anti-drug addiction programmes, and serves as a UNICEF Goodwill Ambassador.

She launched a company that manufactures and markets cheaper and biodegradable alternatives to plastics in the food packaging industry, making her a standout entrepreneur in India's fight to reduce plastic waste. Going beyond manufacturing products, she is engaged in educating young people about environmental awareness, while persuading large distributors to shift away from non-biodegradable packaging materials.

She is a fourth-generation entrepreneur and philanthropist. She manages a diversified freight and logistics firm and serves as an advisor for several governments and private organisations. Her foundation creates livelihoods for vulnerable communities through entrepreneurship.

She founded what has become India's largest private jet company with a revenue of $8 million in 2017. Often called the Uber of air travel, her company manages and operates private jets that are owned by other people.

Known by his constituents as the "miracle man", he is credited for leading significant infrastructure development in Manipur, including the construction of over 100 km of roads connecting his district with neighbouring cities spurring the growth of businesses and government partnerships. He is an awardee of the Abdul Kalam Innovation in Governance Award.

As a young entrepreneur, he started his architectural firm designing residential, commercial, academic, and industrial buildings as well as flood-resistant homes, costing as little as $300, for low-income housing in Bengaluru.

The WEF said this year's members had been chosen because of their "creativity and innovation; their ability to build bridges across cultures and between business, government and civil society; and their pioneering work in arts and culture, business, design, energy, health, public policy, sustainability and technology."

Oscar-winning actor Leonardo DiCaprio, Facebook founder Mark Zuckerberg and Google's Larry Page have also graced this list in the past.

The seven change-makers are part of a community that will embark upon a five-year programme that will train them on how to go beyond their current scope of work, and utilise their clout and reach to drive positive change and impact the communities they touch. In that regard, the YGLs will mentor each other and facilitate high-value connections and introductions in order to transform each other into higher-performing leaders.

“Each one of us is committed to shaping the future. It is so great to see the majority is women and more than half the class is from the emerging economies,” says Kanika Tekriwal.

“The YGL leadership journey has led to new organisations and initiatives, business partnerships and seed funding for innovative ideas. Our common denominator is a desire to act and meaningfully contribute to the public good,” says the WEF.