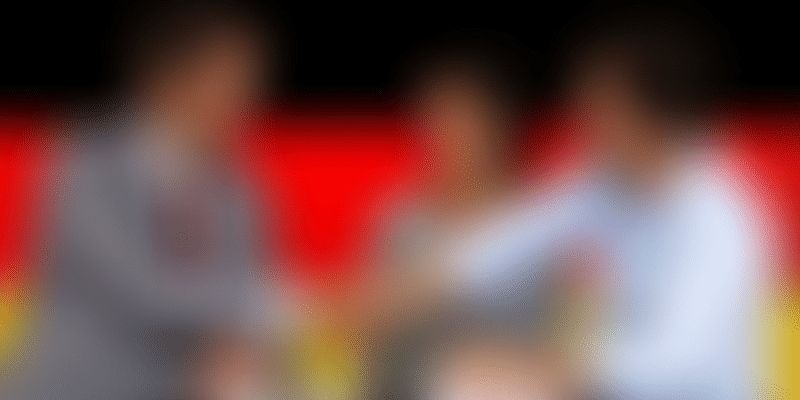 Some of us are born polyglots. Ask Roger Federer to switch between German, English and French, and he’ll do it like with ace-like perfection. Growing up, I was required to be fluent in at least three languages, but of them only English turned out to be useful for global career aspirations. Possibly in search of a personal challenge, I started learning German at some point well into my 20s.

Long story short, after moving to Germany with beginner-level German, and getting a Master’s degree here in English, it’s been a year since I started working in a 100 percent German-speaking job. Here are my experiences.

The outward manifestation of one’s personality changes, sometimes to comical extremes. I have always been an extrovert: out-spoken, and never shy of a debate or a difficult conversation. An early career in sales was thus perfect for me.

The initial days in my new job were not only challenging due to the usual reasons - new processes and competencies to master, and new relationships to build. Added to this, at times, I struggled with just being myself: while my mind would be working well enough, I’d be tongue-tied and simply unable to express myself.

There would be meetings where content-wise I knew I could add value, but because the discussion between native speakers would move so fast, I’d always be a step behind.

Being a rockstar at work becomes challenging

When you’re unable to express yourself perfectly, you feel less competent and probably portray this to others too. It’s a fact of life: first impressions matter and humans are judgemental in nature. This experience was personally humbling, since after completing a well-ranked MBA one is tempted to think that he/she is a rockstar, and co-workers ought to be listening to them. Not true!

I see this as an advantage in certain situations, though. Rather than being a bull in a china shop, one can be more subtle with their intelligence and competence. First, your listening skills improve, which is very important, not only in your career but in all aspects of life. In negotiation scenarios especially, it is better to hold back and let the other person speak, weigh up the situation, and then provide the killer argument.

A connected aspect is that you get better at understanding body language and a better sense of empathy. Since you’re talking less and listening more, you can gauge people and situations better. Even small mood changes or in the tone of a conversation become more apparent. You can use this not only to direct conversations better, but also to get a deeper insight into why someone may have said something. Empathy is an underestimated leadership quality and this extra something in your listening capacity may help you in difficult conversations with co-workers, managers or others later in your career. Michael Skapinger writes on these nuances of inter-cultural communication in this wonderful article.

There is no shying away from it - you have to get good at the language and fast! As they say, once you’re thrown in the deep end, you either sink or you swim and I decided to swim. Once you can show that your efforts are sincere and that you’re a quick learner, my experience has been that your co-workers, managers and others will appreciate your efforts and go out of their way to help you. As you become more confident, you are less concerned of how correct your language sounds. You stop being pedantic and this helps your language and professional progression.

No more ‘Winging it’

One of the biggest advantages of working in your native language is that things come naturally to you. I was never one to prepare thoroughly but I usually got away with it since my language skills allowed me to seem more competent.

In your non-native language though, you are forced to prepare more. Germans are known to plan things to the minutest details, a quality I’ve been trying to inculcate, but since working in German, I have had to be more deliberate in my preparations. I need to write things down, re-read and clarify points, plan transitions in conversations and maybe even pre-plan my humour! For a recent presentation, I wrote a script and requested a native speaker to correct my grammatical imperfections and practised the script 30 times! It’s painful but certainly rewarding when you can pull it off.

Do languages have a personality too?

In my experience, the German language is structured, with strict grammatical rules. Mark Twain refers to these rules with exasperation in his humorous essay, The Awful German Language. English is in comparison more encompassing and open. English is spoken in so many countries that the modern English language is full of added pizzazz all the way from the Australian outback to hip-hop lingo from the Bronx.

There’s a concept called linguistic relativity, which contends that the structure of a language affects speakers’ approach to situations. Does that explain why Germans have a more structured and planned approach to problem-solving, while English speakers may be more creative? In the workplace of the future, with people from all over the world together, this concept will only become more intrinsic.

So, how would I sum up my experience: I won't lie - working in a foreign language is a challenge.

There certainly are professional advantages, and even long-term monetary benefits of working in a foreign language and especially so in German, as discussed in this Economist article. Given the opportunity cost of actually learning the language though, if your career goal is to make partner or the C-suite in the shortest possible time-frame, this route of working in a foreign language is probably not the most straight-forward one.

Having said that, the satisfaction and self-development is harder to quantify, but personally, this has been my biggest takeaway so far. I live life with the sense of adventure, and what could be more adventurous than having a deep conversation about how to approach a product launch into the German market with a German in their native language!

It is said that learning a foreign language activates your brain neurons and the brain exercise makes you smarter. I don’t know if this experience has made me smarter, but it has certainly made me appreciate the nuances of a new culture, and resulted in an immersion that would otherwise be impossible.

Finally, my ‘Comfort Zone’ has become a place that I have left behind long ago. Whatever comes next will be easy! If nothing else though, if I ever meet Roger Federer, I can speak to him in at least two languages!