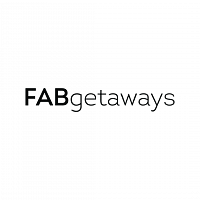 While still a student at the Indian Institute of Management (IIM) Shillong, Raaj Bajaj first began working on business plans related to travel. Along with his teammates, he even made it to the Top 5 in the Young Turks show on CNBC-TV 18. He always knew that he wanted to start something on his own, especially in the travel industry.

“I decided to work on developing an e-commerce platform for luxury travellers. The whole idea behind FABgetaways came to me when I looked at the Indian market and realised there were no players in the luxury travel segment,” says Raaj, who is the Founder and CEO of the Ahmedabad-based members-only luxury travel platform.

“Our aim is to make holidays experiential and accessible. There was no real a-ha moment that led to FABgetaways. It was something that grew organically from discussions I had with my brother Yash, who himself is an avid traveller. And it was also the thought of trying something different,” he adds.

And it could not have come at a better time. According to a report on luxury travel by Madrid-based travel tech company Amadeus, India’s luxury travel market is set to grow at an annual rate of 12.8 per cent between 2015 and 2025. The Ministry of Tourism estimates that the country will witness 3.6 million outbound luxury travellers by 2020.

The first steps of the journey

In October 2017, Raaj and his team first began developing the idea of the e-commerce platform. It took six months to bring everything together and their website went live in April 2018. They received funding and mentorship from the Chiripal Group, a leading textile group that has expanded into other verticals such as Petrochemicals, Spinning, Weaving, Knitting, Fabric Processing, Chemicals, Infrastructure, BOPP Films and Educational Initiatives. The Group, which was incorporated in 1972, directly or indirectly provides employment to 20,000 people.

“The MD, Mr. Brijmohan Chiripal is onboard with us and has been working very closely with me on this,” says Raaj.

In a short span of time, they have partnered with several 4-star deluxe, 5-star, and boutique properties all across the world, including world-class names like Jumeirah, Fairmont, Sofitel, Viceroy, Alila, Relais & Châteaux, Hard Rock Hotels, Nikki Beach Resorts, and Leading Hotels of the World (LHW).

“We have team members who have been working on contracting the best properties from across the world. We have made presentations about our platform and shared our larger vision of bringing luxury experiences to the booming Indian luxury travel market . Recently we were also part of a select group of buyers that were hosted at the Arabian Travel Market event in the UAE in April, around the time of the website launch.”

He adds that properties like Jumeirah were ready to come onboard. “In addition to offering the best deals to our members, FABgetaways is also a great marketing platform for our partners who are looking to increase their visibility in the booming Indian luxury travel market. We offer deals for these Hotels where each deal is live on the platform for two-three weeks, and can be booked during that time. The travel period of each deal is from few months to a year. ”

“Jumeirah had partnered with us to do an awareness campaign for them on our platform. We did a user-generated contest and leveraged social media to get over a million impressions. They were looking at spreading their name in the Indian market. We also offered them featured space on the website, launched a social media campaign, and used our in-house content, digital marketing and design team to get the desired results,” he says.

Raaj believes that top brands like Fairmont, Jumeirah and Taj want to ensure that the quality of the content where they are showcased is up to the mark, and that he and his team have successfully managed that for their partners.

“Since our launch, we have partnered with over 45 Hotels. We handle the entire marketing and distribution on our site for them, and there are no intermediaries involved. The entire process to get a partner on board may take anything between a week to four weeks,” he says.

The price is right

Raaj says that customer response has been very positive. In a short span of three weeks, close to 8,000 members have joined. “That’s more than 400 sign-ups in a day, and it’s still early days. They see that a significant number of the luxury deals we are offering at well-known global properties are at prices you might not get anywhere else. These deals are not just about a luxury room. It’s the whole experience with inclusions like complimentary meals, private dinner by the beach, traditional Balinese massage, access to premium clubs, guaranteed upgrades, complimentary snorkeling and kayaking, a day in a houseboat on the famous backwaters of Kerala, a 24-hour butler... the list is endless. And all for the price listed on our platform. But, credibility has to be built. Out of every five calls we get, one will be to see if all this is genuine, as the prices are so competitive,” he laughs.

Speaking about the range of deals on offer, Raaj says that the platform features deals ranging from Rs 8,000-9,000 all the way up to Rs 3 lakh. “We are making sure we don’t miss out on the largest market, which is the affordable luxury segment where people spend around 5-6k per night, and it can go upwards from there. Ours is a members-only platform. Currently, there is no sign-up fees. You have to become a member to see the deals we offer, as we never advertise with prices.”

Picking on the early traction they have got, the team is reaching out to their target client base through various media, including through influencers like Shenaz Treasurywala and other media personalities. “We are looking at targeting people who are travel enthusiasts and read magazines like Conde Nast Traveller, National Geographic and follow travel updates avidly on social media. We have seen interest from a wide variety of clients. These include families, couples, and friends going on holiday together who are attracted by the deals and packages we have curated for luxury destinations across the globe. In this day and age everyone seeks luxury, even while travelling, and that’s where we come in,” says Raaj.

He says that while there are plans to expand, it will happen down the line. “ There are numerous other deals in the pipeline and numerous ideas for the brand as well. Right now, the focus is on building a trusted member-base and a name in the Indian market.

“One of our advantages is that no other Indian company is doing this now. We hold the distinction of being India’s first home-grown members-only luxury travel platform, which gives us an edge in understanding what the Indian traveller expects when on a holiday,” he concludes.

How digital technology has revolutionised the agricultural sector globally