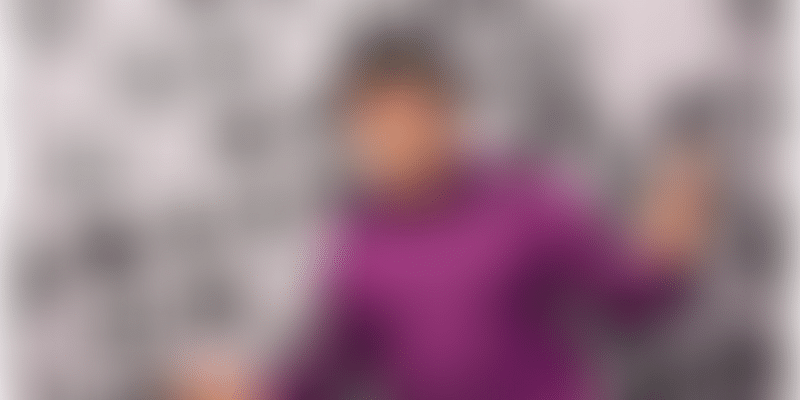 In a world dominated by Android, a desi mobile OS is servicing the localised needs of first-time Indian internet users. Here’s how it plans to scale up.

Indus OS has a grand vision: to reach 100 million users by 2020. In 2017, it trailed only Android in the domestic mobile OS segment, according to Counterpoint Research. Indus OS share was estimated to be 7.6 percent, while Android was at 82 percent.

That Indus managed to surge ahead of Apple iOS was significant for this homegrown mobile operating system. In 2018, it ceded a bit of territory to KaiOS (which powers the JioPhone) which occupies 15 percent of the mobile OS market. iOS is third with a 9.6 percent share, according to Device Atlas. Indus OS is planning a resurgence now.

Earlier known as Firsttouch, it was started with the aim of getting the localised, language internet to hundreds of millions (even billions) of Indians. Indus not only ‘makes in India’ but also furthers the government’s Digital India dream.

It runs over 400,000 apps in 23 local Indian languages, and is continually adding to it. Armed with $13 million in funding from the likes of Omidyar Network, Ventureast, and JSW Ventures, it now looks to expand developer and device partnerships to service the next million usres.

Its biggest opportunity lies in the fact that the Indian internet is increasingly becoming regional. More and more apps, services, and content are being accessed in non-English languages. Indus aims to service this rising demand with what it calls indigenous, "ground-up" innovations.

YourStory: How has the Indus OS journey been given Android owns almost three-fourths of India’s mobile universe?

Rakesh Deshmukh: Our journey from launching the first device in 2015 to having over 10 million users today has been rewarding. We have got over two million-plus users in the first quarter of this calendar year alone. The trust that Indian and international smartphone brands have placed in us is a testimony to the product success that we have had. Over the past few years, we have developed a deep understanding of Indian user behaviour. The innovations and the localisation efforts undertaken by us have been rewarding.

Over 65 percent of our users today use Indus language features on their smartphones with a daily average of nine times. Such wide usage of our features is testament to the acceptability of our platform by the Indian audience.

YS: What is the current user base? Roughly how many handsets would be running on Indus OS in 2018?

RD: Indus OS currently has a user base of over ten million across 100+ smartphone models from popular brands such as Micromax, Intex, Karbonn, Gionee, itel, Celkon, and Swipe. It is available in English and 23 Indian regional languages spoken by more than 95 percent of our population. This year our focus is to build on our existing smartphone brand partnerships and partner with new international brands to increase our footprint.

YS: What is driving your growth? How does Indus plan to realise its vision of reaching 100 million customers by 2020?

RD: Having recently raised investments, we will be focusing on the development of our platform through product innovations and more developer partnerships as well as user acquisition through international OEM partnerships.

In terms of product development, we will continue to work on building the smartphone platform in 24 languages. We will also be focusing on expanding ‘Brand Accounts’ giving users a new way to discover internet content and services. Ola was the first to launch a Brand Account on the Indus platform earlier this year and we have already partnered with many other leading internet services and content companies across industry verticals.

We will also be focusing on signing more partnerships with international/Chinese brands. Partnering with Chinese brands is one of our top priorities this year, so we opened an office in China to work towards this goal.

YS: How lucrative are these OEM partnerships? Which other handset-makers have you approached for such associations?

RD: Partnering with OEMs has helped us take our product to every nook and corner of the country. The Indus platform now has users across all states and union territories. We are in talks with other Chinese and international smartphone brands, and have received good responses from them. As for Indian OEM partners, we will continue to work closely with them for software differentiation and making unique products for the Indian market.

YS: What excites users about Indus OS? Which are its top three features that would compel people to change from Android?

RD: Indus is an indigenous technology platform that brings app developers, smartphone brands and users on a single platform and truly creates an Indian experience with localised content and services.

Our focus has always been to create technology specifically for India. The fact that all our technological innovations and the eventual smartphone experience that is delivered is created keeping only the Indian consumer in mind is what excites our users.

We have the Indus Keyboard available in English and 23 regional languages. It is one of the most prominent features of the platform and is a gateway to communicate and explore content and services in the user’s preferred regional language. Then there is the Indus App Bazaar, a regional app store and marketplace that allows users to search for and download their favourite applications across regional languages. We work closely with developers to localise their apps for the Indian market, leading to better downloads and engagement rates. Finally, there’s the Indus Dialer, which allows users to track their mobile balance on the call dialer itself. It also delivers insights on balance usage on calls, data and SMS.

YS: Elucidate the new ‘Brand Accounts’ feature. Does it help those with low-storage smartphones?

RD: Brand Accounts epitomises our platform approach. It is a novel integration of internet services within the OS. Brand Accounts aim to power the digital needs of users in a contextual and seamless interface that is made to reduce battery and data consumption while making the experience intuitive. They are integrated within default system applications like SMS/Messenger, Dialer and Homescreen/Launcher. The integration saves device memory and RAM as users do not need to download any third-party applications for accessing content and services.

YS: Which other third-party vendors have you collaborated with to expand the Brand Accounts feature?

RD: Apart from Ola, our similar partnerships include some of the top companies across industry verticals such as BookMyShow (entertainment), Practo (healthcare), Zomato (food), DailyHunt (News), Mobikwik (payments) and RailYatri (travel).

In total, we have over 400,000 apps on our platform from thousands of developers looking to reach the Indian audiences. We aim to expand our Brand Account partners to over 100 over the next year and accelerate the adoption of internet services in India.

YS: How is the Aadhaar-authenticated OS shaping up? What are its main features?

RD: Our vision is in line with the Digital India dream, and the government has been a key part of our growth story. We have already launched Indus Reader (OS-integrated offline text-to-speech in Indian languages) which we have co-developed with the Ministry of Electronics & IT. The Aadhaar-authenticated OS is expected to drive mass adoption of Government-to-Citizen (G-to-C) services and initiatives for India’s one billion people in India who have already enrolled for Aadhaar.

Recently, we also integrated UPI which allows users to send money on SMS, dialler, and third party apps like WhatsApp. Users can initiate payments through a “₹” symbol on the Indus Keyboard. We are also looking to integrate artificial intelligence that will contextually suggest UPI payments in the messaging applications.

We have even been in conversations with OEMs regarding the launch of the Aadhaar-authenticated OS and have received positive responses. We are hoping to launch it in the next quarter.

YS: How is the go-regional strategy driving adoption of your platform? What new features are we likely to see in the near future?

RD: Only 10 percent of India’s current population considers English as its first, second or third language. Therefore, to make India truly digital, it is imperative to provide technology to Indians in the language of their choice. Today, our platform supports 23 Indian languages and more than 65 percent of our users use these language features on their phones. Hence, language technology remains the bedrock of every India-centric innovation that we introduce for the India market.

We expect the use of language features to increase further as we make smartphone technology available to the next set of users. We also expect to see a rise in visual communication i.e. the usage of stickers and GIFs in chat conversations. The Indus Keyboard garners more than 0.5 million sticker impressions in regional languages per day.

With 4G technology available at every price point now, and with regional content on the Indus platform, we expect a rise in video consumption too.

YS: How do you distinguish your regional play given every significant player is going local right now?

RD: Indus is an indigenous technology platform that truly creates an Indian smartphone ecosystem. We have created a clear competitive differentiation in the market based on our innovative features. Brand Accounts is a first-of-its-kind integration at the OS level. Localisation is at the core of our product philosophy and hence any new features that we introduce would be in the users’ preferred regional language. Being Indian is in our DNA and that is why all our product research focuses on ground-up innovation.

YS: How is the Indus app ecosystem expanding? What new innovations have been lined up?

RD: Because India’s credit card and email address penetration is low, it is difficult for smartphone users to download apps from most app stores. To tackle this, we have introduced our own regional language app marketplace (App Bazaar) which does not require users to have email addresses or credit cards for downloading apps. They can download paid apps using their mobile carrier itself.

Video, social media and ecommerce apps the top downloaded ones. Hindi, Marathi and Bengali are the most popular languages.

YS: What is the biggest challenge in the mobile OS space at present?

RD: One of the biggest challenges of the Indian market is the discovery of content and services. Due to low digital awareness and technology adoption, a smartphone is the first technology device for a majority of Indians. This user does not know the value of ‘search’. Therefore, this user does not discover internet services in the traditional way.

While email is the default digital ID for users from developed nations and is mandatory to download apps from most app marketplaces, in India the email address penetration is under 30 percent. Thus, we cannot expect users to sign-in via email to access services and download apps.

The user needs to have a ground-up innovation that provides them access without a mandatory login, and helps them discover content and services with ease. Indus OS’ platform approach is a major step towards that.

YS: Any plans of tapping into the international consumer base?

RD: India is the world’s second-largest and the fastest-growing smartphone market. Yet, smartphone penetration in the country is less than 25 percent. The growth potential in India is huge. So, our objective is to consolidate in this market through more OEM and developer partnerships while continuously innovating for India.