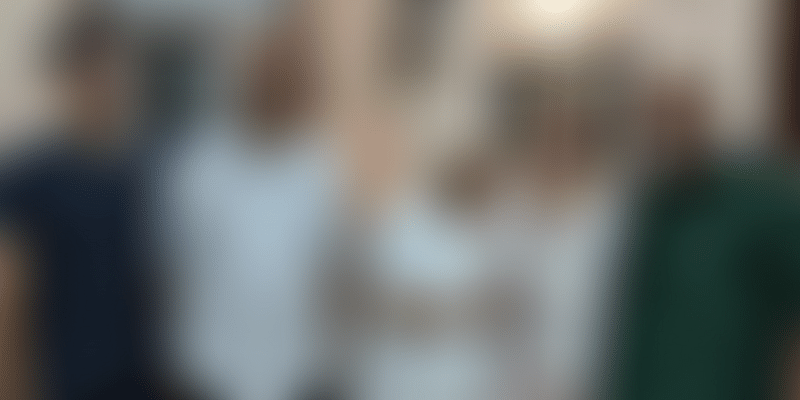 Munaf Kapadia quit his job at Google to take Bohri cuisine to the world and stop his mother from watching saas-bahu shows. Here is his #PassionToPaycheck story.

It is a truth universally acknowledged, that a single remote with a family in front of a television, must eventually cause a fight. When Nafisa Kapadia changed the channel to watch one of her favourite soaps, it led to an argument with her son Munaf, who wanted to continue watching his favourite show. This incident led him to think that his mother needed something other than saas-bahu dramas and Candy Crush Saga to occupy herself with. That one decision would prove life-changing for them both.

“I came up with the idea of inviting people home to eat food cooked by my mother. She has many skills, but really excels at Bohri cooking. It did not start out as a business, but was really something to keep her busy,” says Munaf. His parents were initially averse to the idea, as they did not understand how you could invite someone home and charge them for food. But Munaf was adamant. And so, the first group of eight people came to their home in Mumbai’s Worli, to eat.

“It was a really cool group. I had wondered how I would get the word out and had sent emails to my friends with a menu and asking if they would like to come to The Bohri Kitchen and eat a meal for Rs 700. Some of them called back and asked me not to spam them,” he says.

“I then got a call from a girl called Sonali, who said that a common friend had forwarded her my email. She asked if she could come to eat at our restaurant,” says Munaf. He told her that it was not a restaurant, but an invite for a paid multi-course, home-cooked meal at his house. “Even better,” she replied and booked a meal for herself and seven of her friends.

Munaf says that first meal was very basic. “We all just sat around the table and ate normal food. There was no Bohrithaal (the large traditional plate where several diners can share food). At the end of the meal, she got up and hugged my mother and told her she had ‘magic’ in her hands. We are not a very demonstrative family; so, this kind of reaction was a big deal. That first experience set the whole thing in motion, and we decided to serve meals at home once a week. That was how The Bohri Kitchen was born in 2014.”

A time for growth

Word soon spread about the flaky smoked kheema samosas, raan (leg of lamb marinated for 48 hours before cooking), and other delicacies they were serving. They got a lot of attention from food bloggers, and local and international press. As the demand for an invitation to their home grew, Munaf and his family decided to run The Bohri Kitchen twice a week.

All the while, Munaf was still working as an executive with Google. The management graduate, with a specialisation in marketing, was working as an Analytical Lead, BFSI, India Sales, in Mumbai. By the end of 2015, he decided to quit his job and join The Bohri Kitchen full-time as Chief Eating Officer.

His parents were not happy that he was giving up a successful career at one of the world’s best-known companies (with a shift to the US in the works) to take on The Bohri Kitchen as a career. For a second time, he stood firm and convinced them to give this a chance.

Today, he handles all the marketing and promotion for The Bohri Kitchen, while his mother handles the entire dining experience. And in less than four years, Munaf, his parents Nafisa and Turab, and three siblings have built a formidable brand. In addition to the food they serve at home, they have started TBK Express, which delivers the same food you would get in their home across Mumbai. The more exclusive Travelling TBK brings the whole home dining experience to the diners’ home or any venue of their choice. Their website says it’s the complete experience with ‘Nafisa Aunty's homemade magic coupled with the same hospitality and the same host with the funny moustache’. The family keeps a check on quality by ordering food from the delivery services at least once a week.

Challenges and changes in fortune

But this Passion to Paycheck story hasn’t been all smooth sailing. In fact, there was a point when Munaf says the running of the business was taking its toll on his finances and morale. By December 2016, he was struggling with hiring the right staff, with payments, the logistics of running a food business, and he had nearly burned through his entre savings. It had reached a point where he had decided to re-enter the corporate world. That’s when he got a call from Forbes telling him that he was on the cover of their 30 Under 30 issue. Despite him telling them that the business was not doing as well as he thought it should, they said he had made the cover because they believed he was on the verge of success. That was a much-needed boost of confidence. By January 2017, The Bohri Kitchen had broken even. Initially self-funded, Munaf has also found investors for the business and got Rs 1.5 crore in prize money as the winner of reality TV show Grilled.

But, what about the fact that he is letting complete strangers into his home, which is the one part of the business that his parents really enjoy? Munaf says that they follow a ‘no serial killer’ policy. This means that you don’t book a seat at their table, you request one. Ideally, guests have friends in common with the Kapadias, or introduce themselves formally with a bio data. It does help if you are famous, a fact that has worked to the advantage of the likes of Rishi Kapoor, Farah Khan, Ashutosh Gowariker, and Sanjay Leela Bhansali, who have all dined with the Kapadias. He has also catered for Rani Mukherjee and husband Aditya Chopra, and Rishi Kapoor and Neetu Singh at their homes.

When Munaf and his family started The Bohri Kitchen four years ago, his long-term vision was to have Shah Rukh Khan as a guest at their home. Today, that remains a goal, but Munaf feels that it might be closer to becoming reality. His other dream is to take Bohri cuisine to the rest of the world. Munaf’s personal favourite is his mother’s kaju chicken with jeera rice. He also says he wants The Bohri Kitchen to be an example of how a family can come together to create one of the most popular and ‘sexiest’ food brands in the country. There are also plans to expand to other parts of the country.

His advice to people wanting to follow their dreams is that it’s not easy to quit your job. “The only reason I could quit was because I had no liabilities. I was not married. I was living at home, and I had the goodwill to return to my job if things went south.” He says it’s best have your options in place before taking that leap.

But what about his short-term goal of weaning his mother away from the TV? She still watches her shows as she cooks, and is powering her way through Candy Crush Saga in her free time.