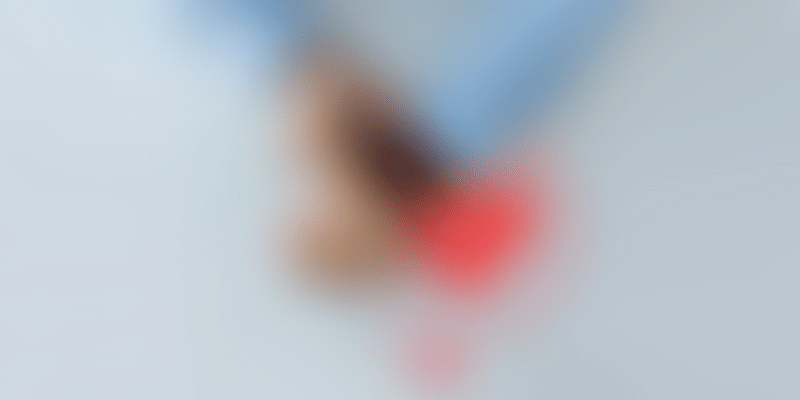 By 2020, the elderly population of the world will be massive and frequent trips to the doctor’s no longer viable. This is where remote monitoring powered by wearables can be of great help to efficiently monitor health parameters and relay these vital stats to physicians and healthcare providers over the cloud.

Since Independence, India has come a long way in becoming one of the fastest growing economies in the world today. However, despite such remarkable progress, the one sector that still lags behind is healthcare. As of 2015, India ranked 154 on the Healthcare Access and Quality Index among the 195 countries of the world. This only goes to show how far behind India is when it comes to healthcare and wellness.

The Indian healthcare sector is faced with many challenges. According to Alpna Doshi, Group CIO of Philips,

Presently, the healthcare structure of India is grossly inadequate, especially in the rural areas. While a majority of the population resides in rural India, it is the most neglected part of the country. Only 31.5 percent  of hospitals and 16 percent hospital beds constitute the rural healthcare setup, with over a whopping 81-percent shortage of medical specialists. Furthermore, nearly eight percent of the Primary Health Centres (PHCs) in backward areas lack trained physicians. As a result, a significant proportion of the rural population does not have access to primary healthcare facilities.

India holds the record for having one of the lowest per capita healthcare outlays in the world. While in the UK, the government expenditure on healthcare stands at 83.5 percent, the government-funded insurance scenario in India is as low as 32 percent. Over 62 percent Indians fund their healthcare expenses from their pocket.

With scant government spending on healthcare, it is quite natural that the healthcare sector in India is largely a monopoly of private players. Due to the inadequacies of government hospitals (shortage of trained staff, beds, essential drugs etc.), people are forced to rely on expensive healthcare services of private hospitals.

With India’s ever-increasing population and unsustainable budget spending on healthcare, the only solution to combating the healthcare crisis is the digitisation of healthcare. Technological innovations are already penetrating the healthcare industry across the world today. The focus is shifting towards prevention rather than cure.

There’s unprecedented growth in healthcare data, so much so that they can be leveraged to make predictions concerning health risks and diseases with the help of ML and adaptive algorithms. Wearables powered by the Internet of Things (IoT) are making it big in the healthcare industry. According to Tractica’s Wearable Device Market Forecasts report, the wearable device shipments are estimated to scale from 118 million units in 2016 to 430 million by 2022, depicting a compound annual growth rate of 24.1 percent.

Potential of wearable innovation in the healthcare industry

Smart consumers of today are readily taking their wellbeing and healthcare matters into their own hands. As they are becoming more aware of health issues, people are relying on the Internet to seek out innovations in healthcare. The tech-savvy generation of today is greatly willing to see disruptive changes in the healthcare industry. And, hence, they are taking charge and spearheading that change themselves - with advanced healthcare applications such as m-health, telemedicine, and wearables and fitness sensors.

“Wearable device companies that pivot beyond fitness and activity tracking, toward preventing and managing chronic health conditions like diabetes and heart problems will succeed in the long run.”

The rising need for chronic health management - both in a professional and consumer healthcare scenario - will provide the ground for wearables to enter the mainstream healthcare sector.

It is no surprise, then, that by 2020, the elderly population of the world will be massive. Older people require extreme care. Their health vitals need to be constantly tracked and monitored. However, taking regular trips to the doctor’s chamber can be stressful for them. This is where remote monitoring powered by wearables can be of great help. Clinical wearables and fitness sensors are compact devices that efficiently monitor health parameters such as heart rate, blood pressure, blood glucose etc., and relay these vital stats to professional physicians and healthcare providers (HCPs) over the cloud services through smartphones.

And this is not just applicable to the elderly. By monitoring the health parameters, the young population can make significant changes in their lifestyle to ensure a longer and healthier life. For instance, FitLinxx’s AmpStrip is a wireless sensor that you can attach to your torso. It will continuously track your heart rate, body temperature, respiration rate, calories burned, and your posture, even when you are asleep. ArmStrip uses a Bluetooth Smart to link to an iOS or Android smartphone.

Wearables are not just limited to healthcare, but today they are also penetrating other aspects of wellness such as haircare. Wearables such as Theradome LH80 PRO, iGrow, and Capillus aid people suffering from hair fall and hair thinning. Laser is the secret behind these haircare wearables.

The challenges that dot the way

However, the opportunity that IoT and healthcare wearables hold for the future come with their inherent challenges. One of the biggest hurdles in this area is the clinical limitation associated with wearables and fitness sensors. While it is true that these wireless devices efficiently transmit health stats to HCPs and physicians, they are also largely dependent on the knowledge and expertise of healthcare professionals to accurately interpret such massive amounts of medical data and chalk out treatment plans accordingly.

Security becomes a major concern when such a large amount of data is in question. Implementing wearables alone isn’t enough to transform the face of healthcare. There also needs to be adequate security and safety measures to protect and prevent the breach of patient data.

“From ineffective electronic health records to an explosion of direct-to-consumer digital health products to apps of mixed quality, [these products are] the digital snake oil of the early 21st century."

Furthermore, the target area of digital tools and apps aiming to enhance chronic disease management is constrained - they primarily focus on conditions such as diabetes, obesity, hypertension, depression, bipolar disorder, and chronic heart disease. There are no advanced apps or tools to target and monitor other conditions like arthritis, abdominal pain, or to detect problems such as kidney stones.

Challenges and limitations aside, the future of healthcare industry looks bright with wearables and fitness sensors. As technology will continue to improve, we can come up with more advanced wearables and other such wireless devices that will provide accurate results along with the scope for practical clinical applications. For instance, improvements in Big Data analytics will enhance the accuracy rate of prediction and, hence, allow doctors to take better decisions for the betterment of their patients.

Collaboration among medical professionals, healthcare techs, startups, and the smart consumer will help to develop better healthcare apps and wearables. When this happens, wearables will find acceptance among the medical community and physicians can use them to fight healthcare issues that burden the world. It is only a matter of time now.