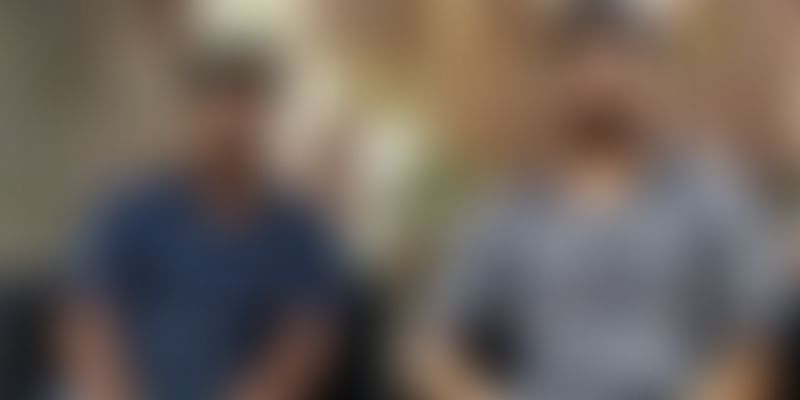 Bangalore-based self-funded startup Parrhai allows a student to avoid the system of coaching and tutoring, and learn in the comfort of their home.

The problem it solves: Guarantee learning outcomes in mathematics through AI as a tutor for middle-school students

Cliched as it sounds, an entrepreneur is one who sees an opportunity where the big ones miss out. IIT-Kanpur graduates Anshu Gupta, Prashant Anand, and Akash Chandra banked on this very opportunity.

While most edtech companies have focused their attention on classroom-like sessions with pre-recorded and live tutorials, Anshu, Prashant, and Akash formed Parrhai with the aim to train students in pretty much the same way the way a teacher does, correcting concepts and dynamically changing the lesson plan on the go.

The platform, which is still in the pre-revenue stage and is operational only in two schools at the moment, uses machine learning (ML) algorithms to understand each student, and their strong and weak points through various parameters. It then personalises the course content for each student.

“All of us have gone through the gruesome Indian education system, and realise the pain students face attending classes for long hours, and then running to coaching centres post these classes, just to achieve that personal touch in education,” Anshu says.

This was the primary idea behind Parrhai. The Artificial Intelligence-based system enables students to learn at their own pace, and eventually in the comfort of their home, and avoid the system of coaching and tutoring.

Parrhai was formed in January 2018, and before starting up, Anshu, Prashant, and Akash had worked with large companies in healthcare, ecommerce, data sciences, and engineering sectors. Three years of corporate work taught them they were not made for that life, and had to use their knowledge to make an impact in the Indian business ecosystem.

The founders met in Bengaluru, saw the education sector needed to be explored further, and decided to start up. The trio invested close to Rs 10 lakh in the business, and spent only Rs 1 lakh on building the platform.

“Most of the money went into building the core technology and tying up with a couple of schools in Lucknow and Patna,” Anshu says.

The premise of building the tech

The curriculum and mode of education in India is often a one-size-fits-all scenario, and that defeats the purpose of each student being unique. The system is designed not to look at an individual student’s strengths, weaknesses, likes and dislikes. These parameters have never been considered while imparting education to students.

The way students are taught is based on the assumption that everyone will understand, and absorb what is taught to them in an instant. However, this is not the ideal way to bring out the true potential in a student.

Parrhai, being a personal AI tutor, closely tracks individual behaviour to solve problems. The platform tries to understand all that it can about a student - like how good she is with numbers, does she make silly mistakes and what kind, how comfortable is she with previous chapters, pre-requisites to understanding a new chapter, and her attentiveness, among various other parameters, which helps it to change the lesson plan on a real-time basis.

How does Parrhai track all this? Once on the app, a student has to take questions from the AI master. The AI master then figures out the skill level, and suggests basic math levels to be mastered before starting the next chapter. In fact, it begins teaching basic concepts of math so that the student’s foundation becomes stronger and only then does it take them to the next level.

“This is an effective method of learning with the algorithm, to know your weaknesses and correct them, as it makes you solve many problems,” says Anshu.

The trio wants students, and not parents or teachers, to be ambassadors of the product. Parrhai’s immediate target students are from Class 6, 7 and 8. “The reason we went after middle school is because there are no accompanying competitive examinations for these classes, and parents will be open to their children learning from an alternative platform,” Anshu says.

“These ideas have to scale fast and one of the ways to do is to tie up with many schools,” says Chetan Anand, Director at PwC.

According to the HRD Ministry, India has more than 300 million enrolled students and less than 20 percent have gone digital. Technopak, the consulting company, says the education industry is valued at more than $100 million.

India boasts of several edtech platforms focused on winning young minds, and several are flush with funds. Online education platform Embibe, for example, has raised over $180 million for an AI platform to help students prepare for advanced tests. Then there is Byju’s, perhaps the largest edtech company in India, which helps students with pre-recorded and live classroom sessions. Byju’s has raised $244 million.

Parrhai aims to get its pilots in two schools before expanding across India. It also intends to raise an angel round to expand to 20-odd schools, and hire people to build the technology. That said, Parrhai has hit the right chord in focusing on building a business focused on Tier II and III towns. Small towns have not been touched by technology as yet, which is a big opportunity, and Parrhai wants to take that route to succeed, and hopefully will be able to scale up. This will also be their greatest challenge. But, for that, they need to have paying customers. The next 18 months will clearly be crucial for the founders and the future success of Parrhai.