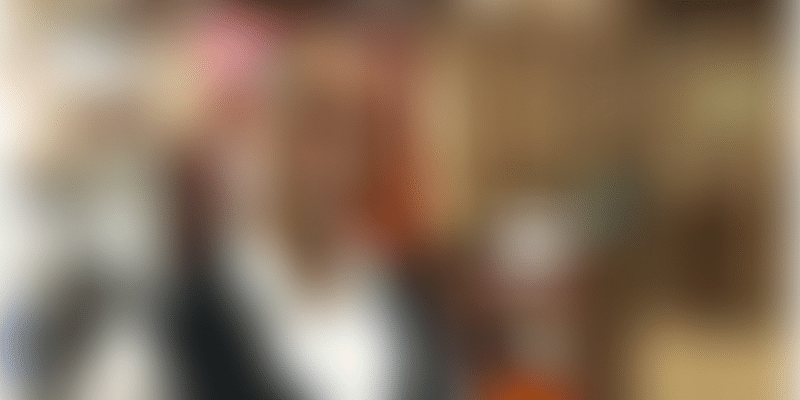 At Chennai's Saravana Bhavan, there is an unusual crowd at the reception. While the attendant speaks to every customer and tries a hand at settling the chaos, there is only one chant in the air. No, it is not about the food served, but it is about a waiter, Ravi.

The 31-year-old waiter turned into an overnight sensation after his act of honesty, restoring the faith for many in the city. On one of the working days in the restaurant, during the peak hours, a customer left behind a bag that contained Rs 25 lakh on a table by mistake.

Ravi noticed the unattended polythene bag and handed it over to the restaurant owner. The staff waited for an entire day for the customer to come back looking for it.

In an interview with The News Minute, Mr Loganathan, the manager of Saravana Bhavan, Second Avenue, Anna Nagar, who has been employed with the restaurant for 13 years said,

We checked thoroughly to see if it was counterfeit money. Once we realised it was real cash, we handed it over to the K4 police station here

The cash bag that was handed over to the police contained 23 bundles of ₹2,000 notes, says a report by The Hindu.

Ravi, the star of the moment, was appreciated for his honesty with a gold ring and a watch by Rajagoplan, the customer who left behind Rs 25 lakh at the restaurant.

People leaving their wallets and phones and coming back later to collect them is common. We always hand over whatever we see on the tables to the manager. That's how we have been trained. I was quite shaken when I realised that this time, it was no wallet or phone, but Rs 25 lakh. And what's more puzzling is that these people never came back to take the money. But I know I did the right thing by handing it over, he added.

Both Ravi and the restaurant have turned into a midnight sensation, not for their steamy hot idlis or the filter coffee, but for an honest gesture that will inspire many beyond the staff of Saravana Bhavan.