After coming face to face with poor patients at AIIMS, this scientist gave up her career to work on healthcare for all 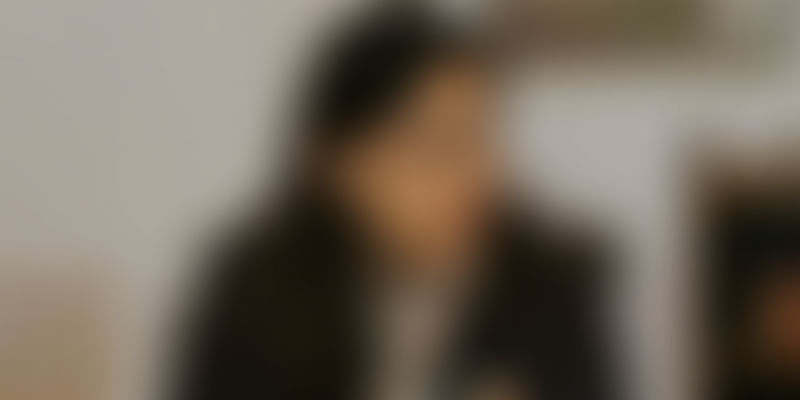 Swati Subodh decided to move from the lab to the labyrinth of India with 1 Million for 1 Billion, which focuses on empowering a million to impact a billion people for economic prosperity.

A scientist and not a doctor, Swati Subodh was not trained to interact with patients, let alone be sensitised to the suffering of those at the bottom of the pyramid struggling to survive. But her lab was situated in the middle of clinics inside AIIMS, and she would witness, first-hand, patients and their families streaming in from distant places in India, staying in Delhi for weeks just to get five minutes with a doctor in a horrifically overburdened OPD.

This experience was so mentally taxing for Swati, that the 41-year-old decided to take her work outside the lab, to the labyrinth of rural India, which lacks access to basic healthcare even today – with “1 Million for 1 Billion.”

Always off the beaten track

Swati grew up in the heart of Delhi; her childhood was steeped in classical dance, western instruments like the Spanish Guitar, books, athletics, and volleyball. She enjoyed biology even when fields like biochemistry were at a nascent stage. Her curiosity and interest, however, got the better of her, and she cracked the best institute for biochemistry in Delhi University, and eventually, procured a PhD from AIIMS, Delhi.

Her doctorate work contributed in part towards understanding and developing a local vaccine for Rotavirus - a virus that claims many lives in India in the under the age of 5 years. The vaccine is now available in the market.

She joined CSIR as a scientist and built her own team of researchers and students, for translational research for faster, affordable, and accessible healthcare solutions. During her work, she filed a patent for a DNA-based diagnosis method they had developed, where a pathogen’s DNA could be used to predict the progress of disease and intercept it by deciding on the best possible treatment.

Having worked in the field for over 15 years, she could spot the lacunae clearly – on why some of the phenomenal work done inside labs never truly reached its intended beneficiaries, the patients.

“Billions are spent on research and development, but we continue to grapple with access to basic healthcare to a majority of our population, leading to avoidable deaths and disabilities. I had already started gravitating towards public health since my AIIMS days, but with time the pull got stronger and I finally stepped outside the comfort of my lab,” Swati states.

Her desire to add more meaning to her work coincided with a similar introspection-laden phase in the life of her brother, Manav Subodh. 1M1B, or 1 Million for 1 Billion, was his brainchild. He envisaged empowering a million to impact a billion for economic prosperity. His prowess in entrepreneurship training coupled with her infallible experience in healthcare research – not to mention both of their compassion and faith in education and technology to bridge every conceivable gap in healthcare – formed the foundation for 1M1B.

The organisation tries to fill the gap between those who have the solutions to a problem (grassroot entrepreneurs) and those who face the problem (civilians who lack the means to access sophisticated healthcare). They provide the former skill training and access to technologies, to help them launch their own microenterprises in problem areas for the latter.

Swati points out that the data collected through these enterprises gives a better assessment of the healthcare needs of the area and prospective interventional aspects; this is valuable for governments and corporates eager to access these markets.

“We partner with these entities to provide our know-how and execution pipeline to enable last-mile access,” she says. Swati reveals that next in line is the “direct-to-home healthcare delivery” model, which will be anchored by these centres, enhancing access and purpose - not just in Indian villages and Tier II cities, but also in the US and Vietnam.

Partnering with Orphan Impact, they work in Vietnamese orphanages to impart entrepreneurial education and life-skills to young adults who would soon be leaving the orphanage upon turning 18, but not be equipped for the uncertainty-ridden futures they were headed into. In the United States of America, they are working with many organisations, focusing on increasing the employability of the economically weak amongst the Black and Hispanic communities.

Training the 1 million for 1 billion

From a grants-only model, 1M1B has now expanded to philanthropic fundraising and the service-model. It started operations in early 2015 with the launch of its village internship program in Delhi. “Almost simultaneously we launched a similar programme in New York and the Caribbean Islands. Our projects were presented by youth leaders at the United Nations Headquarters in New York. In the very first year, they helped a startup raise $25,000 by showcasing them at UC Berkeley's Global Social Venture Competition (GSVC) at Milan,” Swati says.

In late 2015, they raised funding from an international organisation to initiate a similar program in Uttarakhand. “Under this, we engaged city youth to work in the villages of Uttarakhand; and thereby started our initiatives in tele-health, rural tourism and livelihood. In villages and Tier II cities, we run the Smart Cities Challenge by engaging other startups,” she says.

1M1B partnered with the University of Berkeley in 2016 for the Smart Village Programme of the Andhra Pradesh government led by Chief Minister Chandrababu Naidu. They also launched the rural co-innovation lab, bringing together startups and rural entrepreneurs for the first time. This time, they created 16 jobs and produced seven entrepreneurs, all in just 3 months.

2017 was a turning point for 1M1B. Through their joint programme, StartUp Gurukool, with the TATA Trusts, they bolstered 21 startups, and created 149 jobs across four states of India in six months.

In late 2017, 1M1B received affiliation from the United Nations Department of Public Information (UN DPI) after a rather long and competitive process. Soon after, in 2018, they held their biggest event yet at the United Nations headquarters at New York with 30-odd contingents from India.

Swati says they “also work with high school children from urban and rural schools to inculcate the tenets of entrepreneurship in them”. The organisation launched their city programme, Future Leaders, for school children in Bangalore. On completing their 45 curricula, including design-thinking and problem-solving modules, the students are given a choice to execute projects at any of their project sites in villages.

“The mother of a 14-year-old student of an international school remarked that she saw a very humbling effect in her daughter post her visit, that she conveyed gratitude for what she had for the first time. She continues to work with us in the village even after her project ended,” Swati recounts.

In the next few months, the plan is to expand Future Leaders to other Indian cities and Singapore.

How she does it

Through their relentless championing of the concept of “access for all”, an elderly couple in a remote village in Andhra Pradesh received specialised consultation for managing their diabetes from a doctor in the US, through the use of technology. A cashew farmer of modest means now supplies his products to an international hotel by partnering with a startup they helped.

“Every time we entered a new country or area, beneficiaries were very sceptical of our intent. We thus always approach them as our on-ground partners and not someone whom we've come to uplift – and we involve them in building solutions, rather that dumping ready-made solutions on them. We always request our team members based out of villages to attend important meetings with us as there nothing better than a first-hand account and a human face to all the hustle,” Swati recalls.

On the personal front, it was challenging for this mother of a young child to travel far and wide, for days on end. “I navigated this issue by using digital platforms to the hilt! I am selective about my travels and go when there is absolutely no other way. At other times I have used online platforms and resources to work with our team members across time zones, mentoring young leaders and also appearing on screen to demonstrate a tele-health prototype to a district collector during a screening camp!” she says.