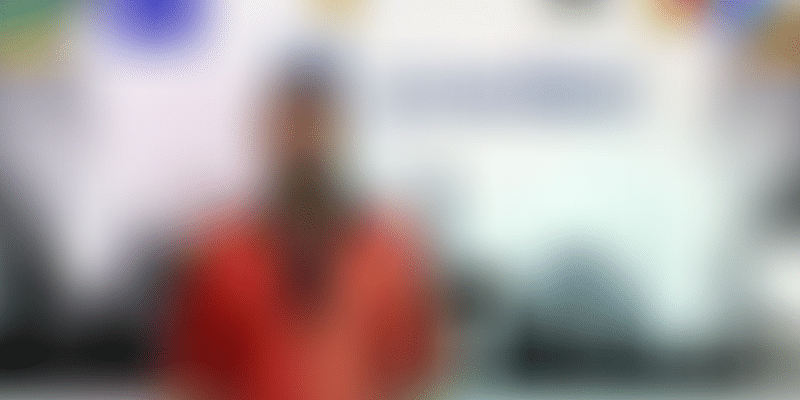 Silicon Valley platform Crowdera is not only free for non-profits, but also offers them value-added services like fundraising strategy, digital marketing, and PR.

Based out of: California / Mumbai

Online fundraising caught on with Kickstarter around 2009-10 as thousands of NGOs found a viable way to connect to donors and volunteers. Several crowdfunding platforms mushroomed the world over. Some catered to individuals, some to enterprises, some to specific causes, and so on.

Crowdera came about in late-2014 when its founder Chet Jain (who’d worked in eBay and Pearson, and founded SmartWe in Silicon Valley) realised that all crowdfunding platforms were aping the Kickstarter model of charging commissions from NGOs for campaigns created. Those commissions were eating into the donations — donor dippings as it is called — and affecting small-and-mid-sized NGOs. It was also keeping several donors at bay.

Chet was of the belief that donors shouldn’t be tasked for doing social good. A platform that facilitates donations should be a fee-free entity such that more volunteers were motivated to give, and more causes were supported. He shared his vision with friend and technologist Chaitanya Atreya (who’d had stints at Adobe, Amazon and Walmart Labs), and the two set up Crowdera in the fall of 2014 in Palo Alto, California.

“People hated donor dippings and commissions. We wanted to solve that. We didn't want to run for money. We wanted to help people to do the right thing for the next 30-40 years. We also realised that there was no hand-holding for these NGOs despite platforms charging them money. So, we wanted to have a great human interface, free of cost, so that their campaign could have maximum reach.”

Crowdera tested with a few NGOs in Silicon Valley that were primarily lending to social causes in India and Africa. It received early support from NoPay Startup, a California-based accelerator and pre-seed venture fund, which not only offers financial aid to early-stage ideas, but also conducts large-scale community workshops for founders and innovators.

After about a year-and-half of pilots in the US, Crowdera came to India. The platform is operational at gocrowdera.com, but will soon roll out crowdera.in, that will cater to India-specific campaigns started by non-profits, corporates, social enterprises, celebrities, and event organisations.

Crowdera insists that it is different from other crowdfunding platforms because it is user-friendly (there’s a mobile funding page, donations are transferred to recipient accounts instantly), visually compelling, and also offers value-added services (social sharing tools, digital analytics to help amplify efforts, and content to boost engagement) that make campaigns go “viral”.

Virality is important; buzz generation is a key metric. That makes Crowdera a marketing and donor engagement service on top of a fundraising platform.

“People need a lot of help in content creation, fundraising strategy, drawing up email lists, building social media presence, marketing and PR. A lot of people education is required too. It’s an agency service we are trying to build, while keeping costs extremely low. Several organisations have started recommending the services they need to us.”

Crowdera’s additional offerings include automatic generation of donation receipts, tracking of funds, cross-site donation widgets, curated reading material and videos on causes and campaigns, teams for fundraisers, and so on. It also allows NGOs to extend the deadline of campaigns if the desired amount has not been raised.

“Hundreds of fundraisers can be created and managed with just a few buttons. Individuals can raise funds without any leakage,” says Chet. The startup has partnerships with international payment gateways like PayPal, PayU, FirstGiving that makes it virtually operational across 200 countries.

Crowdera claims to have raised about half a billion dollars on its platform so far, conducting over 2,300 campaigns for 500 non-profits and 5,500-plus registered donors in 35-40 countries. Medical emergencies, human trafficking, LGBT welfare, education for the underprivileged, women and child healthcare, and natural disasters are among the top fundraiser causes on the platform.

Globally, Crowdera has aided fundraising for Two Cents of Hope, a Silicon Valley organisation that supports education for underprivileged children, Festival of Globe, a music, food and culture festival in California, Voice y Manos, a youth-led agroecology project in Guatemala, Girls Write Haiti,that supports the education of girls in a post-earthquake Haiti, and more.

In India, the 19-member startup runs a tech office in Nagpur and a front-end space in Mumbai where several large and small NGOs are headquartered. We had to come to Mumbai, says the founder. It is also building a couple of “satellite centres” in Tier 2 cities, where NGOs find it difficult to get discovered by donors.

“We have a 100-percent repeat rate. All donors have come back, and educated the audience. We have grown entirely on word of mouth, and haven’t spent a penny on marketing.”

Despite the high tide in crowdfunding, Chet reckons “India needs to grow up in terms of accepting that online is the right medium to donate.” There’s also a perception problem. Donors think that most NGOs have been set up for “money-laundering” purposes. Out of 2-million-plus NGOs in the country, less than five percent are registered, according to the Home Ministry.

Chet says, “People are looking at us because we are a free platform. We are focusing on real impact. We have aligned ourselves with 9 out of 17 sustainable development goals outlined by the United Nations. We are not in for a sprint for quick successes; we are a marathoner.”

While ‘free’ is great for donors and NGOs, how does Crowdera sustain itself?

It ran on No Pay’s grant and the founders’ own money in the initial years. Last month, Crowdera raised an undisclosed amount in pre-series A funding from a clutch of investors. These included Silicon Valley startup attorney Anil Advani, Singapore angels Amarendra Reddy, Pramod Jain and Manish Satnaliwala, SME IPO specialist Anand Daga, and a few other undisclosed Bay Area investors. The startup is readying for a Series A round early next year.

“The not-for-profit fundraising campaigns are being run on social networks and donations are being made on mobiles. This digital era has empowered fund-seekers and donors alike… Most fundraisers need help in execution of their campaigns and here Crowdera, with its value-added services, has emerged as the trusted partner in helping fundraisers chart their journey.”

Chet says Crowdera is in for the long haul. “We’re trying to create a Giving Economy. We’re not building a company to sell it.”