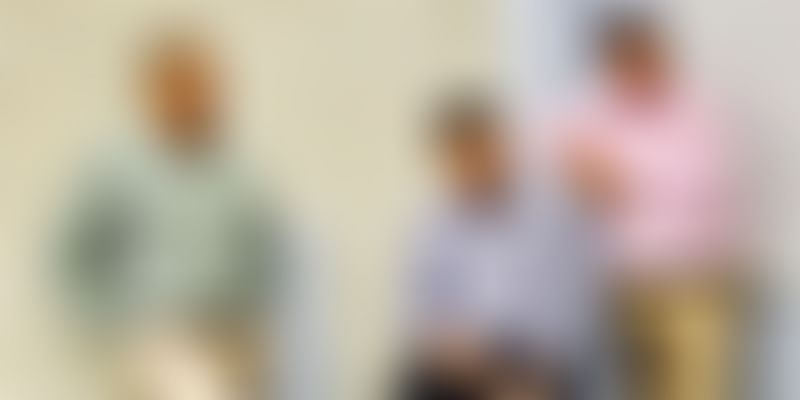 Gurugram-based startup Sqrrl on Monday announced that it has raised $1 million in its Pre-Series A funding round from Equanimity Venture Fund.

According to the company, the funds will be used to improve its product and technology through investment, particularly in Machine Learning and Artificial Intelligence, to sharpen its product recommendation, and further smoothen the on-boarding process.

Launched in March 2017, Sqrrl is an investment and wealth management platform aimed at helping young Indians build the habit of savings and investments.

Co-founded by Samant Sikka, Dhananjay Singh, and Sanjeev Sharma - the app allows users to invest in high performing (zero-commission) mutual funds based on their investment needs, risk horizons, as well as their goals.

It also has a feature to round up a customer’s spending to Rs 100 or Rs 500, with Sqrrl automatically investing the leftover amount, making it extremely convenient for the young generation to save while they spend.

But Sqrrl isn’t the only platform, which uses this methodology of using leftovers for investment. Zerodha-backed Balance has a feature called Roundups that stacks up a customer’s savings with loose change from every transaction and invests them through AMCs.

At present, Sqrrl app has more than 150,000 downloads across Android and iOS platforms. If one looks at the demographics, over 76 percent of Sqrrl’s users are under the age of 35, and 61 percent of its user base are beyond the top 15 cities.

“Targeting the rapidly growing segment of 300 million smartphone users, Sqrrl seeks to use the growth capital to reach out to a million users across India by 2019,” said Co-founder Sanjeev Sharma.

Commenting on the reasons for investment in the platform, Rajesh Sehgal, Managing Partner, Equanimity Investments, said,

“I have found Indian millennials to be pretty money savvy and adapting naturally to technology platforms like Sqrrl to achieve their short-term and long-term financial goals. The Sqrrl team is working hard to reach out to the broader Indian population with its highly intuitive offering available in nine Indian languages. We look forward to working with them and supporting this cause of helping young Indians become financially strong and independent in the long run.”

Post this funding round, Rajesh Sehgal, the Managing Partner of Equanimity Investments, will join the board of Sqrrl Fintech. Dr Mark Mobius, a fund manager and a prominent voice on emerging market investments, is an investor and part of the investment panel of Equanimity Venture Fund.

Sqrrl now has customers in more than 500 cities in India and is aspiring to reach more than five million customers over the next five years.

However, with the saving and investment space heating up, Sqrrl faces tough competition from seasoned players like Paytm, Zerodha, and Scripbox. Last year, Bengaluru-based brokerage firm Zerodha launched its direct mutual fund platform Coin and has close to Rs 1,100 crore in assets under management at present.

Earlier this year, Paytm launched Paytm Money, which is live with 40 Asset Management Companies (AMC) in the country offering mutual funds as its first product offering.

This month, mutual funds investment marketplace, Nivesh.com announced that it has raised a seed funding of Rs 3 crore through LetsVenture along with Google India MD, Rajan Anandan and former Infosys Global Sales Head, Basab Pradhan among other major angel investors. Last month, direct mutual fund platform, Orowealth also announced that it had raised $1.6 million in Series-A funding in a round led by Powerhouse Ventures.

While the mutual fund industry is growing, the overall market continues to be small.