In Bihar, this initiative focuses on creating community leaders to tackle disasters 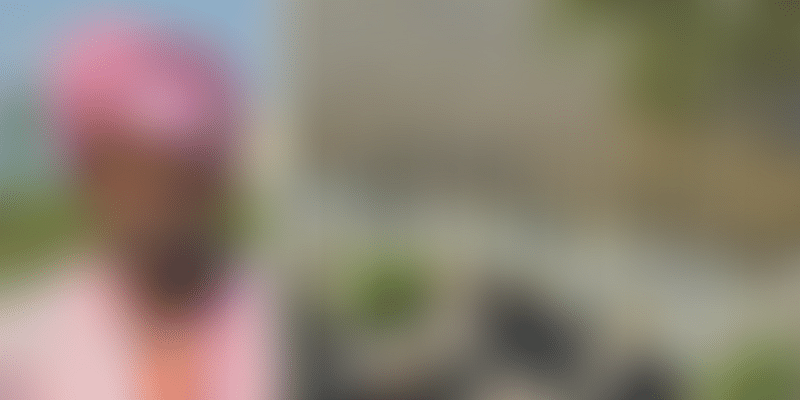 Tired after the Baidyanath dham yatra (pilgrimage) in the nearby town of Deoghar, Nunlal Kamath is stealing a quick nap on a charpoy outside his house. His house is on the western bank of Kosi, the river of sorrow of north Bihar, in a particularly flood-prone area, where there are no high grounds or flood platforms nearby.

Much of the district gets flooded every year during the monsoon. In August 2017, Kamath’s village, Basipatti in Madhepur block of Madhubani district, saw the worst flooding after the 2007 deluge.

Disasters disproportionately hits the poorest and the weakest who are the least equipped to withstand, cope, and respond to shocks and stress, and recover in the long term. The specific objective of the Unicef programme is to ensure the persisting recovery needs of the most vulnerable communities are met, and their capacity to deal with future disasters is strengthened.

At Madhepura, the Unicef’s community-based disaster risk reduction programme is being implemented by Samajik Chetna Kendra, a local NGO.

A catalyst for change

“Since 2009, Nunlal Kamath has been active in the Unicef’s ‘surakshit hum, saksham hum’ programme, and from 2011 onwards, he has been in the community-based disaster risk reduction programme. Nunlal became a disaster risk reduction catalyst in 2012, and as part of this, was given 16 trainings by the Unicef, many of which were at Bodh Gaya and Patna,” says Kamal Kamath, team leader, Disaster Risk Reduction at Samajik Chetna Kendra, Madhepura.

As a member of the village disaster management committee, Kamath has been facilitating the process of building disaster-resilient communities by focusing on disaster mitigation preparedness and response in this village of 964 households.

“This year was different. The water rose faster and higher. The current was particularly strong, and the floods damaged paddy fields, houses, roads and other structures, affecting the livelihoods of the people,” Kamath says.

He has been campaigning to bring about social change for a long time now. Also the village amin, he works for the irrigation department to administer field-level irrigation systems. He has been performing his official as well as volunteering duties under trying conditions.

History of the local embankment

The embankments of Kosi in this area have a history of trapping villages in flood waters. Considering this, the government allotted lands outside the embankments across the river Supaul, along with compensation for building houses to the people of Basipatti in 1962. People yielded, but soon realised that it was difficult to manage their agricultural lands in Basipatti, and maintain houses at far away Supaul.

The village Punarwas Sangharsh Samiti, led by Kamath, raised the matter with the administration during the 1990s, but to no use. People left their newly constructed houses at Supaul and moved back to Basipatti. Their houses, which now fall in the prime market at Supaul, have since been taken over by the land mafia, while the villagers have been left to deal with floods and the constant threat of eviction in Basipatti. These people have been fighting the matter in the court for years and have been staging dharnas with no support from the Kosi resettlement officer.

As the Kosi shifted its course westwards after the floods of 2000, six panchayats and a population of 50,000 became inaccessible. This prompted the Basipatti village disaster management committee to propose the construction of a bund to deal with the waters, which will also double as a road to improve the area’s connectivity.

Four gram panchayats contributed towards this through three panchayat schemes, while people contributed over Rs 4 lakh from their side. The sarpanch of Basipatti, on hearing this, leveraged Rs 10 lakh for the construction of the 1,200-feet-long bund.

“The communities that were making a living out of plying boats due to the lack of road connectivity were opposed to the construction of the bund-cum-road. After the request from the village disaster management committee, the local police provided protection during the floods when the opposing group had plans to breach the bund. Many downstream villages were protected from destruction, but the tussle is an ongoing one,” says Kamath, well aware of the local socio-political dynamics.

“Lakhs of acres of land were protected through people’s efforts led by Nunlal Kamath. Further, some two lakh people had better connectivity, which is no mean accomplishment. Kamath was also instrumental in lobbying for a high school, a sub-health centre, and electricity connection for the village,” says Sanju Devi of Samajik Chetna Kendra, Madhepur.

Kamath also helped in getting land to build a school in Basipatti. The village disaster management committee also convinced the panchayat to contribute some funds for the school construction.

The school, located on the riverbank, is faced with a new challenge of a shifting channel since 2016. The village disaster management committee has been monitoring the river’s shifting course. The members take turns to watch the river’s course at night. Meanwhile, the committee, along with the school headmaster, approached the district disaster management authority, education department and the water resources department to resolve the issue.

The secretary of the planning department of Bihar visited the village, following which the funds were sanctioned, and an 800-metre bund made of geo-synthetic packing was constructed.

Just when the problem of the shifting course was dealt with, the village faced the wrath of the flood on August 12, 2017. Basipatti was submerged and so were the nearby villages.

Kamath owns an inflatable rubber boat using which his nephew managed to rescue about 600 people during the deluge. The newly-constructed bund too served as a safe high reach where people could stay put till the floods receded. Country boats and banana rafts too saved people and there were no casualties at Basipatti.

In the pre-flood period, Kamath has been supervising people in the repair and disinfection of tube wells, preparation of survival kits with first-aid material, dry food and water.

When the floods struck, cattle were moved to safe places. People had worked together and prepared a plan well before the flood occurred. After the floods, Kamath helped in the distribution of water purification tablets, bleaching powder, hygiene kits, and tarpaulins in Basipatti.

The government was persuaded to set up a health camp and a relief camp and community kitchen that ran for 12 days.

Not just floods, fire breakouts too are common in Basipatti and people have been trained to deal with them. Kamath is also active in the block level federation of the 23 village disaster management committees.

The area has a long history of flooding from embankments, as also of producing leaders who refuse to be trapped between the mud walls and the waters. Kamath is one of them. Floodwaters will come and go, but the spirit of people like Kamath will soar high, ready to bounce back any time they find their rights infringed.

Note: The case study developed by Gorakhpur Environment Action Group in the aftermath of the 2017 floods is based on UNICEF’s community-based disaster risk reduction programme in Bihar.

Disclaimer: This article was first published in India Water Portal. The views expressed by the author are his/her own and do not necessarily reflect that of YourStory's.