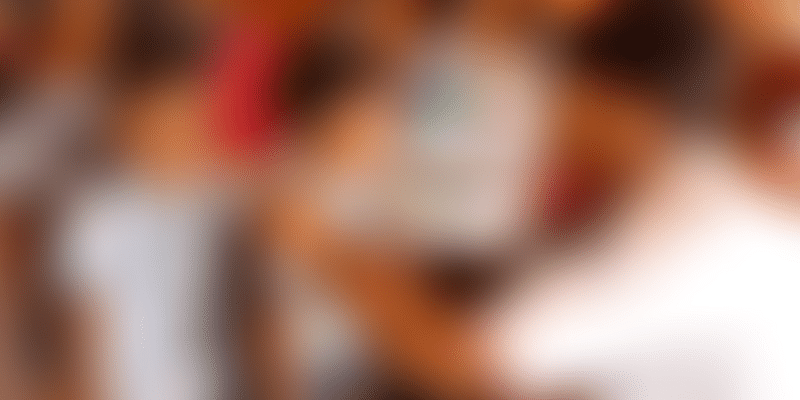 Early detection of diseases, whether benign or malignant, can prevent a lifetime of unnecessary discomfort. While certain conditions can be neglected, children in rural Karnataka are in need of quality medical attention.Certain common conditions are easily neglected in rural areas and lead to students not performing well at school. Screening in such places is imperative.

In 2016, a group of second year medical students at Yenepoya Medical College in Mengaluru found that screening camps for government school students could go a long way in detecting certain conditions at an early stage.

They made a startling discovery. In a gram panchayat in Dakshina Kannada district, the students found that over 50 out of 300 students showed positive symptoms for certain diseases.

This is where Kara Seva stepped in. The initiative was started by these medical students to help enable active screening of young students across government.

“As second year students, we were not eligible to treat these students if they needed urgent medical attention. So we began approaching doctors in our institute who immediately agreed to treat the patients. That’s when we decided to set up Kara Seva as an NGO and take this initiative forward,” says Anmol A Baleri, one of the members of the organisation.

Kara Seva started as a small group of eight students who set out to make a difference, and today has over 80 members. The initiative has successfully screened over 1,695 students in 11 schools across the Dakshina Kannada district and around 200 students have been treated for different conditions at Yenepoya Medical College Hospital. The NGO also has seven doctors from the institute’s hospital on its advisory board.

Why wait till we are doctors?

The organisation began long before the students were qualified to treat children in need of medical attention. Soon, their juniors also joined in.

“When we began, many said that we should wait till we became doctors to do something important. But we were motivated to help society with whatever we could offer,” Anmol says.

A residential school in the district was found to have 200 students suffering from scabies in 2017. The volunteers found that all the 200 students couldn’t be transported to the medical college hospital. So the dermatology department of the college stepped in, and sent its doctor to the school to administer treatment for scabies.

“Whenever we are faced with taking a large number of patients to the hospital, we have a doctor help with the treatment on ground. We received support from many departments in the college itself. In many camps, we found that students had eyesight and dermatological problems, which needed attention and were neglected because they were not detected on time. This severely hampered the students’ performance in schools,” Anmol says.’

Setting up an NGO clearly requires sustained funding to keep the initiative up and running. But the team at Kara Seva believes in funding its own cause.

“There are many NGOs in Mengaluru that complain of lack of funds because people aren’t donating as much anymore. So we decided against asking people to donate money to our initiative. Instead, Kara Seva runs on a monthly sum of Rs 20 given by each member that volunteers at the organisation. Many doctors also contribute to the cause by contributing small sums that sometimes go up to Rs 2,000. This is how we keep the organisation afloat,” adds Anmol.

While the students of Yenepoya Medical College may only have limited time when combined with their studies, they want the initiative to gain further ground.

“We believe that the screening camps are important and therefore will continue to remain Kara Seva’s prime focus. The NGO has eight core members who began the initiative in 2016. In four years, we may be in different locations continuing our medical education or practice. Our intention is that all eight of us should start a Kara Seva wherever we are and take this initiative forward,” says Anmol.