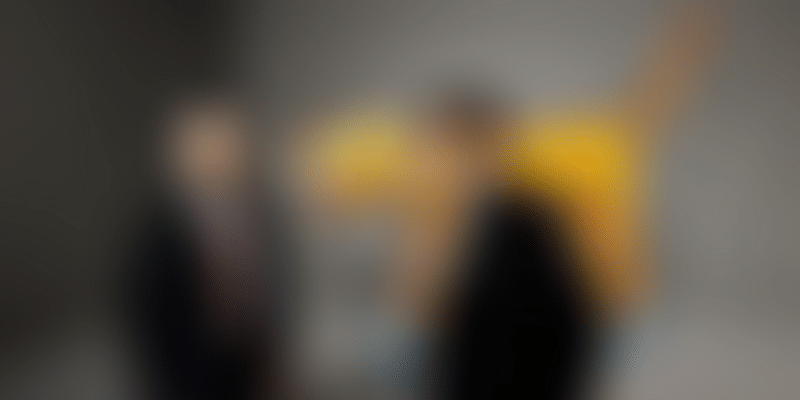 With China and the US announcing strategic roadmaps on Artificial Intelligence, India must have felt left out in the global technology race. This when the country produces 1.5 million engineers every year, and exports more than $120 billion in IT services. Keeping this in mind, and keen to make this a national strategic initiative, the NITI Aayog has released a discussion paper on the subject of AI.

The focus areas of the government in this paper are:

Agriculture: The government says the use of AI will augment farm productivity. India has not been able to completely remove its exploitative dependence on resource-intensive agricultural practices. Degradation of land, reduction in soil fertility, increased dependence on inorganic fertilisers for higher production, rapidly dropping water tables, and emerging pest resistance are some of the several manifestations of India’s unsustainable agricultural practices.

As the global climate becomes more vulnerable and unpredictable, the dependence on unsustainable and resource-intensive agriculture will only heighten the risks of food scarcity and agricultural distress. AI will have a significant global impact on agricultural productivity at all levels of the value chain.

Education: The adoption of technology in education is improving, though not at the pace required. It is estimated that schools globally spent nearly $160 billion on education technology, or edtech, in 2016, and forecasts spending will grow 17 percent annually through 2020. Private investment in educational technology, broadly defined as the use of computers or other technology to enhance teaching, grew 32 percent annually from 2011 through 2015, rising to $4.5 billion globally. Adoption of new technologies is still lacking and often attributed to the unwillingness of teachers and students to adopt technology.

AI has the potential to bring about changes in the sector by supplementing pedagogy and establishing systems to inform and support decision-making across stakeholders and administrative levels. However, implementation of AI must be preceded by efforts to digitise records of teacher performance, student performance, and curriculum. Several AI tools are being successfully used in other parts of the world, and they can be adapted to the Indian context to target specific challenges.

Smart Cities: India is currently in the midst of a surge of urbanisation. While the percentage of the population living in urban areas was estimated to be 31 percent in 2011, recent research on satellite data indicates that this figure is close 45 percent today, and predicted to hit 60 percent by 2050. Though seen as an important aspect of a country’s economic growth and a major step in overall development, unplanned urbanisation presents challenges such as congestion, over pollution, high crime rates, poor living standards, and can potentially put a huge burden on the infrastructure and administrative needs of existing Indian cities.

Due to the large amount of data they can create, smart cities are especially amenable to the application of AI, which can make sense of the data being generated, and transform it into predictive intelligence – thus transitioning from a smart city to an “intelligent city”.

AI technology could provide safety through smart command centres with sophisticated surveillance systems that could keep checks on people’s movement, potential crime incidents, and general security of the residents. Social media intelligence platforms can aid public safety by gathering information from social media and predicting potential activities that could disrupt public peace. The government of India claims that in the city of Surat, the crime rate has declined by 27 percent after the implementation of AI-powered safety systems.

Transportation: In India, majority of both passenger and freight traffic is carried through roads and railways. As of 2007 – 08, roads and railways accounted for almost 87 percent of total freight traffic in the country and almost 90 percent of total traffic as of 2011-1226. As the economy grows, it is expected that this reliance on these modes of transport shall continue unless there are major shifts in the policy initiatives in the area. The fact that these modes of transport are particularly pollution intensive compared to shipping and air transport, further increase the need to implement smart practices in their deployment.

The government is cognisant of the fact that there are challenges on the way to making India an AI nation. These include:

The paper states that relevant stakeholders, with the government playing a leading role, could lead to fundamental building blocks that form the core to India’s march towards leadership in AI.

Amitabh Kant, CEO of NITI Aayog, has said: “Solving for India, given the complexity and multi-dimensional aspects of most of our economic and societal challenges, can easily be extended to the rest of the emerging and developing economies. An integral part of India’s strategy for AI involves tackling common and complex global challenges that can be solved through technology intervention, and India’s scale and opportunity landscape provides the ideal test bed to ensure sustainable and scalable solutions.”

Walking down the AI path

According to the World Economic Forum, India produced a whopping 2.6 million STEM graduates in 2016, second only to China and more than four times the graduates produced by the US, thus producing the requisite talent pool to drive innovation in emerging technologies.

Disappointingly though, an overwhelming majority of this talent pool is focused on routine IT development and not on research and innovation. Exacerbating the problem, a majority of the small population focused on research almost always prefers to pursue advanced degrees (master’s or PhD) to subsequently apply their expertise abroad.

According to the Indian government, the US is estimated to have spent $1.2 billion on non-classified research in 2016-18 and the Defence Advanced Research Projects Agency (DARPA) is seeking a budget of $3.44 billion in the fiscal year 2019-20, an increase of 8.5 percent compared with its request for fiscal 2018-19.

However, US leadership in AI investment has largely been driven by the private sector. The world’s leading companies in AI research in 2016 were Microsoft, Google, and IBM, all US companies. According to CB Insights, based on 2017 figures, Amazon, Google, and Microsoft dominate enterprise AI. It is estimated that more than half the world’s unicorns are from the US. The digital ecosystems around the hubs of Silicon Valley, Seattle, Boston, and New York, which bring together talent and research capabilities from leading universities, private investment and cross-science/industry collaboration, can be considered to have played an important role in developing the US’s AI capabilities.

The AI game is on. While many of the world’s nations grapple with vital issues such as water scarcity and poverty alleviation, a daring few believe that AI can change the world. However, it’s important to remember that AI is just a tool; it is not an end in itself.