The 'Rani Mistris' of Jharkhand are making the Swachh Bharat dream into reality, one toilet at a time 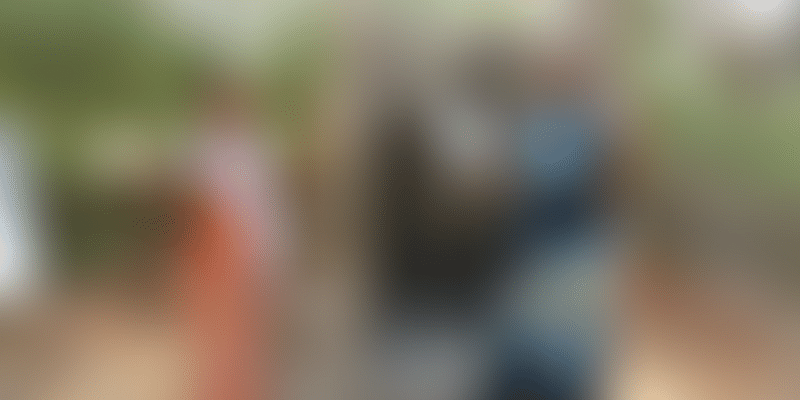 We have all heard about ‘Raj Mistris’, the men who give concrete shape to our dream homes and other buildings. But, in Jharkhand, this male-dominated field has been breached by the womenfolk of the state. They have successfully ventured into the field of construction and pioneered the concept of ‘Rani Mistris’.

And what’s more, this plunge has been for a cause – to fulfill the Swachh Bharat dream of Prime Minister Shri Narendra Modi, which promotes a healthy and clean India. The SHG members in Jharkhand have played a key role in spreading awareness about the importance of toilets at homes.

It is one of the few schemes where the grant--a sum of Rs 2,000--is given in advance for the construction of a toilet to ensure that lack of funds does not become a hurdle. Since men are busy on fields, the womenfolk have taken up this initiative. Two SHG members in Jaldega block of Simdega district are working successfully as Rani Mistris.

Before joining the SHG we felt really helpless. However, now we know that there is some support for us in case of any emergency.

Speaking about her journey, Eshrati says, “Earlier, men in our locality used to make fun of us and comment how women would be able to do the men’s work, but now they accept that a woman can do anything.”

These women were given a two-day training by the Jharkhand State Livelihood Promotion Society. They were also given equipment for free by the State government. For every toilet construction, government provides Rs 2,100, which is shared by the Rani Mistris equally. On an average, two Rani Mistris complete one toilet in a span of three days.

Moilin and Eshrati together have constructed 26 toilets till date, nine in their own villages and the rest in other villages. In the past two months, they have each earned Rs 20,000 to Rs 25,000.

Often, these Rani Mistris have to stay in other villages to finish their work and, in some cases, where the villages have no roads they have to travel about 4 to 5 km on foot. Their good work has won them appreciation and, on Women’s Day this year, they were awarded by the district administration.

The Rani Mistris are not just constructing toilets, but they are also ensuring that people use these toilets. For this, they create awareness about the ill effects of not using toilets.