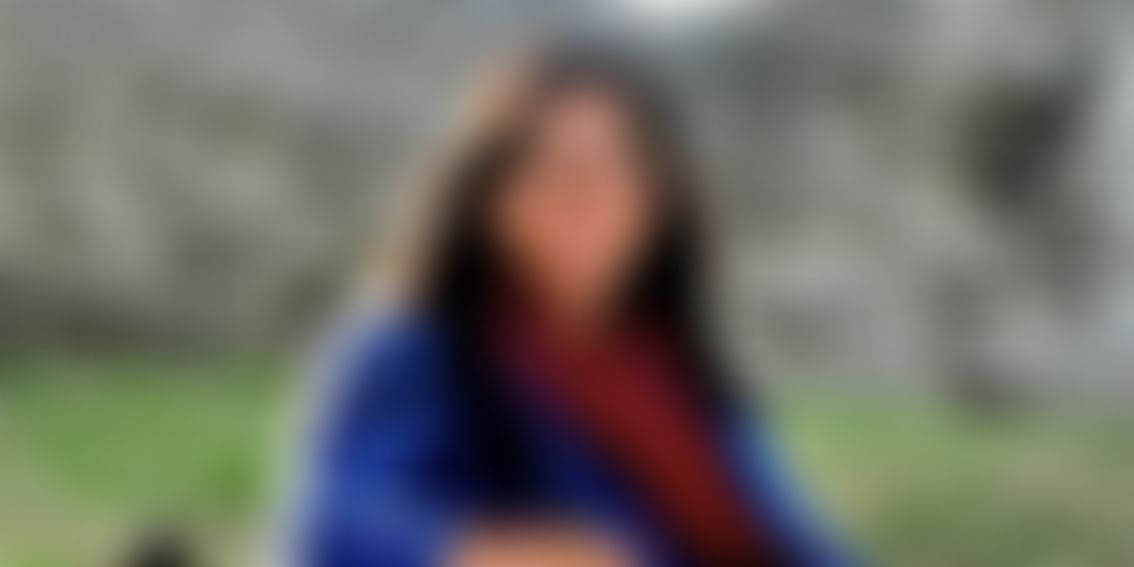 Priyamvada Singh moved to Meja, a small village in Rajasthan to restore her ancestral fort; her family-funded project has created livelihood opportunities and strengthened community ties.

The rustic environs of Rajasthan’s Meja village, a nondescript village with a population of under 10,000 people, has lately caught the fancy of film-makers, TV show makers, and tourists. The villagers recently acted in Vijayeta Kumar’s Blouse, a 20-minute film on a newly-wed woman’s desire to get a blouse stitched from a famous tailor of Meja. The film recently won the Best Short Film award at New York Indian Film Festival.

But these days, people in the village, surrounded by greenery and a small lake, spend their day reconstructing the ancient village fort and reviving traditional construction styles. Leading the “Meja Project” is 36-year-old Priyamvada Singh, a former Mumbai-based content strategist who has worked in TV shows like Kaun Banega Crorepati, Dus Ka Dum, India’s Got Talent, and Jhalak Dikhlaa Jaa.

The idea for the Meja Project originated when Priyamvada was working on KBC in 2010-2011. She took a break from work and visited her family in Ajmer, and decided to visit her ancestral village after 15 years.

She visited the Meja fort, which has been with the family for more than a century. Priyamvada’s ancestor, Rawat Amar Singh, was in 1870 granted land through the Jagirdari system. Construction of the Meja fort began soon after, and was completed in five years. The fort has been in her family since then; the current custodian is her father, Rawat Jitendra Singh.

The fort she visited differed vastly from the one in her childhood memories; it was a distorted shadow of its former glory. A section of the fort was being used as a public path, a shortcut from one side of the village to the other. A corner had become a garbage dump. Trees were growing out of walls at certain places, there were patches of water seepage, and several rooms had been taken over by owls, bats, and other “creepy-crawlies”.

Dismayed and disheartened, she vowed to restore the glory of the fort and her village. “During rehearsals, I could feel the interest of Amitabh Bachchan and the rest of the crew in my desire to restore our ancestral fort at Meja. It was on that day I realised how deeply I cared for my family’s legacy,” she recalls.

Amitabh Bachchan acted as an inspiration when she, during rehearsals, spoke to the superstar about her dream. He told her to pursue the plan, stating: “You could have lost a diamond while you were busy collecting stones.”

“I ran my rat race for eight years and did fairly well for myself, but one impromptu visit to Meja triggered my passion,” she adds.

And so, in 2012, Priyamvada began work on the Meja Project, leaving her showbiz career to stay alone in a 55-room fort.

Her parents welcomed her decision, but were apprehensive about her move to a village life with limited amenities. Her father’s government job and mother’s health problems meant that she had to move to the village alone. While they encouraged her and financially supported her, they were reluctant to have Priyamvada, a single girl, stay alone in the fort.

But her passion to drive change and contribute to her ancestral village squashed their doubts. In 2012, she packed her bags and set off for the village, far from Mumbai.

The first challenge was winning the confidence of villagers, breaking through their scepticism and cynicism.

“They expected me to dash to the city for an AC in the first days of the summer, particularly during an electricity cut. But summer passed and I stay put!,” she remembers.

But the villagers continued to think Priyamvada was in Meja on a whim. When she tried to put together a team of labourers to begin the cleaning process, the men were reluctant to take orders from a woman. But, over time, the villagers started to believe in her when they saw her live their lifestyle, speak their language, and eat their food.

“I remember how some villagers were shocked when I replied to their Hindi in Mewari. They did not expect me to be so fluent with the local language as I had been away for so long.”

After she moved, her friends would often travel to Meja to visit her. The villagers were initially taken aback to see single women travel, drive alone, and be financially independent. However, the increased visits from her friends, family, and work acquaintances, mostly women, gave the villagers a first-hand glimpse of women empowerment.

The Meja fort had not seen any maintenance work since it was constructed in 1875. Keen to be as authentic as the original work, Priyamvada worked to revive traditional construction techniques like dry masonry instead of plaster, samla (lime paste) instead of paint, local stone flooring, etc.

“Ridding the rooms of bats and owls was very challenging. As was removing the trees; the roots had gone really deep and we had to remove them completely and ensure no damage to the walls,” she recalls.

Sometimes even opening a 2X2 feet window took almost two days as the walls were thick, and the team, comprising four permanent members and a few from the 100 paid volunteers, had to work carefully to avoid damage.

The restoration of the fort has resulted in not only employment generation, but also led to the revival of old construction techniques.

Priyamvada made a conscious choice to employ old masons primarily to revive old construction techniques. “The younger generation of masons doesn’t know these techniques, and so we got retired masons on board. We teamed the young and the old so these amazing techniques could be passed on to the next generation,” she says.

The village men were initially reluctant to join Priyamvada as most had a patriarchal mindset, and were not willing to take orders from a woman. However, they shed their inhibitions as they witnessed her zeal to uplift Meja.

“They were all surprised because they never expected me, a city girl, to do physically laborious tasks! The fact that I wasn't ordering them but was working alongside helped me win their confidence. Be it lifting heavy things or sweeping the dust off rooms that hadn’t been opened for more than 60 years, little things won them over,” she recalls.

The Meja project also created employment opportunities for women, especially housewives, making them financially independent. A woman at the helm of the project made families feel secure about village women working outside their homes. The central location of the fort also helped as women could reach it easily.

Priyamvada also focused to create earning opportunities for the old and disabled. Senior citizens like Laadu Lal, Nanda Dhabai and Lakshman Singh helped her team to clean stone pillars, and jharokhas with the use of sand paper, a job they could do at their own pace while sitting comfortably.

Shiv Ji Bhati, a 45-year-old visually impaired man, is also part of the reconstruction project. He filters the bajri (sand) through the mesh for finer construction; helps dig pits for plantations and septic tanks; and scrapes lime plaster from old stone walls to reveal their original look. The project has helped him become financially independent, and support his wife and three children.

“We particularly try to engage such people so that they can earn independently and feel self-confident,” Priyamvada shares.

The revival of the village

Today, six years after the initiation of the Meja project, the village is abuzz with multiple activities.

There’s a community library in place now, facilitated by the restoration process. The team found trunks full of books spanning subjects like history, Ayurveda, home remedies, travel, moral science, fiction, religion, and newsletters while cleaning the fort. Some were damaged, but the team managed to set aside more than 2,000 books in good condition.

“The excitement in the villagers’ eyes on seeing the books took me by surprise as we usually don’t associate the rural populace with reading habits,” Priyamvada recalls.

She was inspired to put together a community library, inviting her friends from cities to contribute books.

“We are also making efforts to revive and promote local dance forms like Gair by organising inter-village competitions at the fort with the support of the villagers,” she adds.

While the restoration of the fort is completely family-funded, the socio-cultural activities are organised with the combined efforts and resources of all the villagers, and association of NGOs and volunteers. She has tied up with two NGOs - Bharat Vikas Parishad for blood donation camps and Matri Prerna Foundation for yoga camps.

“We also urge volunteers from the city to come and do workshops for our villagers on any subject. It could be yoga, health and hygiene, or even cultural activities like theatre workshops, film screenings, etc,” she says.

She is inviting her friends from the media to turn the small village into a cultural hub. Ten rooms of the fort have been developed into a modest lodging, a home stay where guests will have the opportunity to experience rural living.

“When I had started this project a few years ago, it was purely due to the nostalgic value of preserving my ancestral heritage. But once I started living in Meja, one thing led to another, and destiny charted its own route to make my journey even more meaningful,” she says.