Srishti Bakshi walks from Kanyakumari to Kashmir in 230 days, changing the lives of thousands along the way 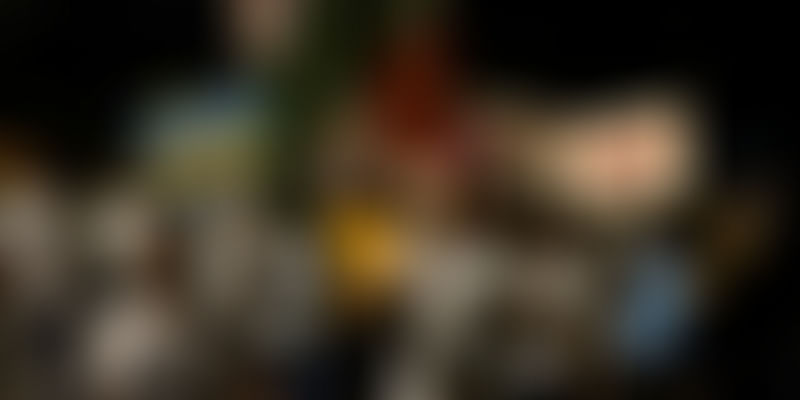 She heard stories of horror, and of hope. Every day, Srishti Bakshi witnessed humanity sink to a new low. But every other day, she also saw human beings rise above their circumstances with unimaginable courage - like the ghoonghat-clad woman, who was sexually abused by her father-in-law, but finally decided to stand up to him when the man decided to lay his hands on her daughter, and escaped.

Srishti Bakshi’s historic walk cut across her village and 110 others, her tribulations and those of lakhs of others, to look for everyday heroes - to laud and celebrate them, but more importantly, to create role models out of them, so that women everywhere continue plotting their own great escapes, knowing that there is hope, help and happiness on the other side.

The mission was as simple and effective as a walk for women across the country, from Kanyakumari to Kashmir. Shristi embarked upon this journey on September 10, 2017, and concluded it on May 2, in a supremely impressive and tight 230 days.

Her walk covered the length of India because Srishti was mindful that the reasons for discrimination against women differ from state to state, city to city and village to village. While it may be dowry extortion in Tamil Nadu, it is alcoholism in Punjab.

“We wanted to touch the lives of everyone I cross, so, we tried to plan it down to every last detail to optimise my time,” she says, informing us that she took over one year to plan this walk.

“My father and I sent hand-written letters, faxes, to district collectors, institutes, state governments, police – and of the 10 districts we would be walking through in a state, two would reply,” she recounts.

"When we started the journey, we didn’t know how much physical strain it would be – exhaustion, sickness, etc. My father, a retired general, created an anticipation list – with scenarios like, “an average human being falls sick twice a year, and so you may not be able to walk for eight days.” The duo froze upon a 30-day buffer, which they didn’t need after all.

Shristi would cover 25-30 km every day, mark the point where she stops with paint, and pick up where she leaves off the next day. “We’ve also gone faster on so many days. For example, we had planned on covering 15 kilometres per day on elevated stretches, but I kept up my average of 25-30 km, thus saving a day!” she narrates.

Having said that, 60 percent of what happens couldn’t be anticipated, let alone mitigated – for she waded through civil riots for reservation in Telangana and through the Kulgam district in Jammu & Kashmir when the army was actively deployed to contain a law and order situation there.

In the face of all this, she successfully stopped at 110 villages on her route, and conducted workshops in surrounding places - which meant that she had an engagement almost every other day.

A conversation is all she wanted to have – to tell women that a better life is on the horizon, and men, that they have an equally indispensable role to play in getting them there. "A woman may be inspired to act, but if her husband has not been sensitised, if the men in the house don’t understand women empowerment, the concept will seem lofty and her actions, outlandish - and they will not only fail to support the women in their endeavour, they may also pull them back," she explains.

This conversation was sometimes held in a small room in a village community hall with 50 people, or at schools, police stations, jails, offices with 2000 - some of which were also impromptu additions and not on the agenda, like the 1500-strong audience she addressed in Krishnagiri and Dharmapuri.

“It was vacation time at the school, and we did not even write to them. I was on the road walking, when a car pulled up and waited and waited. Out comes a lady in a beautiful saree – the head of Vijayavidyalaya - and asks me, ‘What are you doing?’ I told her I’m walking to Kanyakumari. She asked me, ‘Are you mad?!’ And then invited me to her school for a lecture,” she says.

But, rather than the physical strain of the walk and the talks – the greater toll she paid was emotional. "I met people who have suffered through hell - like a 13-year-old girl gang-raped and doused in fire by some alcoholics. One does not get desensitised – when you look them in the eye and hear their stories, of child brides who you know are being sexually abused every day – you can’t help but be moved to tears,” she says.

“My lesson – is that there is violence of the minority, and silence of the majority. I went into these hinterlands not only to offer her solutions, but also understand what solutions they have come up with to fight social evils, that may be suitable to their ecosystem, and help them implement those,” she says.

Her plan to empower lives in villages and smaller towns was through digital literacy. She feels it would be the paradigm shift not only in the women’s movement but also for the country’s overall development. She even collaborated with Google to promote the Internet Saathi initiative. “Digital is the next big bridge. In Telangana – the police systems are epic - they use a platform called Telegram which is how they coordinate in real time. In Punjab, coordination was a nightmare because tech was not used. We as young citizens can come forward and say, I will overhaul this police station or force," she opines.

When we asked her if she has been able to assess how much digital literacy she has been able to impart, she tells us, that her metric is not in numbers, but stories. In Mehboob Nagar, a girl came up to her on stage, and told her, ‘Didi, I feel like even if my father is getting me married next year, I know what I have to do to survive. I have a plan – even if I am locked up at my house.’

Currently, she is in Mumbai – her home turf – for the Make Your City Safe campaign, and to chart the next leg of her journey as a change maker. “I will continue work on the ground. We have 450 hours of content that need to be compressed into a documentary and a report – to impact policy level change. The paper will be very solution focused. And then, I plan to return to J&K because, it deserves more attention. We haven’t been to a few states – like Himachal Pradesh - so I want to travel there, as well,” she says.

This will all be conducted under the umbrella of Crossbow Miles, her app that is trying to inspire volunteerism in India. “We are now working with 19 organisations. I knew no one can come along and walk with me, so, instead, 10,000 people log on and walk virtually. You walk 1000 steps, a girl gets a notebook," she states.

After all, she started out as a lay person too, and had no ties to the development sector. So, her advice to anyone with the will to contribute, is to ‘start small, but start today.’