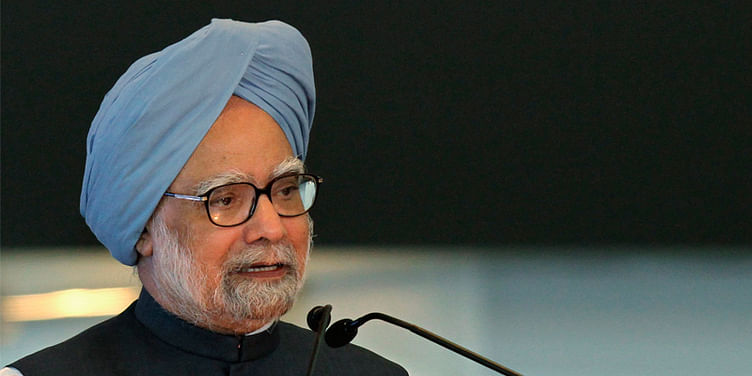 India’s technology landscape has evolved, creating a skills gap in many sectors. What do the country’s various stakeholders need to do to keep up with the change?

On July 24, 1991, Manmohan Singh, the then Finance Minister of India, ushered the country into an era of liberalisation. That day was historic for many reasons, one of which was how much easier it became to set up businesses here.

Since then, India’s economy has progressed on almost all parameters. Between 1991 and 2011, India’s GDP has quadrupled. The sector that, perhaps, saw the greatest evolution since the early 1990s was technology, powered by outsourcing giants like Infosys, Tata Consultancy Services, Wipro, and hundreds of others.

Post-1991, the information technology (IT) and Business Process Outsourcing (BPO) industries became the go-to places for youth in India looking for a better life. In fact, India has one of the fastest growing service sectors in the world with an annual growth rate above 9 percent since 2001.

The industry hired thousands of people year after year to cater to the rising outsourcing demands.

This economic transformation meant Indians could look beyond the public sector, banking, and civil service jobs. A white-collar revolution caught the imagination of the world; so much so that India became the fastest-growing economy globally.

The IT industry required people with basic skill sets whom they could train in technologies used within the respective organisations. But how does one find those people?

This is where India witnessed another revolution.

The number of engineering graduates as well as the institutions imparting IT skills grew at breakneck speed.

Apart from world-renowned IITs and others, a lot of private colleges sprung up with the intention of handing out degrees and providing a pathway for students to enter the IT industry upon graduation.

No one complained as the industry hired thousands of people every year. There were stories all around the country of how someone’s son/daughter went on-site and settled in the US or another client destination.

It was a dream come true for the aspiring and rising middle class, and the millions of people who wanted to break the shackles to live prosperous lives.

It reached a point where engineering became an automatic choice – in many cases the only choice – as a career. Parents became obsessed with making sure their children became engineers at any cost. As the years passed, the number of engineering colleges and graduates kept going up. Colleges didn’t care much about the knowledge or the curriculum as engineering education went into autopilot mode.

When an industry ignores the realities of the market, it almost always hits a dead end. So did India with its tech workforce!

The education system didn’t attune the curriculum to the changing technological advancements.

As automation picked up and low-end jobs started becoming redundant, the IT industry began slowing down on hiring. At the same time, the demand for specialised skills increased. The professionals were becoming outdated as companies started to adopt new and advanced technologies. The quality of technology/engineering education wasn’t adjusted accordingly, and suddenly there were millions of graduates left to fend for themselves in the changing landscape.

The demand for these skills from the IT industry and other sectors has been going up, but where do we feed the need from?

In the last decade, India witnessed its third big revolution: startups. Building new ventures from the ground-up is slowly and steadily becoming mainstream as more and more aspiring entrepreneurs have local successes (like Flipkart, Ola, Oyo, etc.) to look up to. India has become the fastest-growing startup ecosystem in the world, where the fight for talent is extreme. Most new-age companies/startups find it hard to fill positions due to the lack of skilled talent.

Indian startups are hunting for talent in Artificial Intelligence, Machine Learning, robotics, and Big Data across the world to overcome a big demand-supply mismatch for talent with knowledge of futuristic technologies.

We now have a two-forked problem – scores of graduates who need to be skilled in technologies that companies want to hire and millions of professionals with skill sets that are becoming redundant at a rapid pace who need to upskill. Around 40 percent of IT professionals in India need to upskill themselves over the next few years while 48 percent of Indian employers report difficulties filling job vacancies due to talent shortages.

Technology is moving forward at a pace never seen before. India, and its professionals, as well as students, cannot afford to continue living in the 1991 era, where one degree and one-time education is going to last through their entire working career.

How do we avoid repeating the same mistake?

Changing college curriculum is a slow process, so being dependent on that strategy is not going to serve us well as we enter a phase where technology upends an industry every five years or so.

Students and professionals alike need to start taking matters into their own hands and realise that technology education will be a life-long journey. We will need to constantly upgrade and upskill to stay relevant. This is where online learning platforms can play a critical role, helping people acquire the most in-demand skills through a personalised, mentor-driven, and project-based curriculum.

If your next question is where are the jobs, consider some pointers below:

More than the shortage of jobs, India is facing a shortage of skilled talent in the technology space.

India will have 64 percent of its population in the working age group by 2020. We have an opportunity to embrace upskilling to become a world power in the technology-driven future. It can only happen if we take the baton in our own hands. The upskilling of our existing professionals, students, and future workforce cannot have a one-size-fits-all solution. We are hardwired culturally and historically to learn through a personalised approach and one-on-one coaching.

For India to maintain its position as the fastest-growing economy in the world, there will be multiple players who will need to do upskilling at scale.

As Nelson Mandela famously said, “Education is the most powerful weapon which you can use to change the world.”

Prashant Sharma leads Communication and Strategy for Springboard in India.