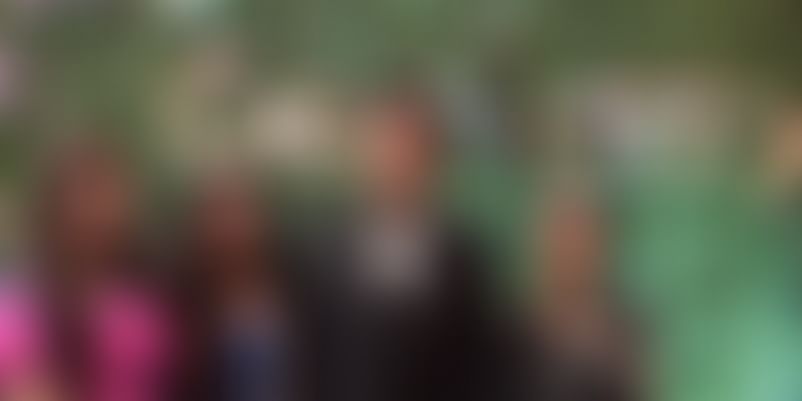 GetNatty supports upcoming fashion designers and connects them with customers through an omnichannel model.

The entrepreneurial bug bit Kaizad Hansotia when he started his first business at the age of 16. Looking to help his family financially by paying his own college fees, he travelled from his hometown of Vadodara, bought electric bats to kill mosquitoes (which were then a novelty) from Mumbai, and sold them door-to-door in local neighbourhoods for three times the price.

Since then, he has been part of multiple businesses. The MBA graduate finally took a plunge into the startup ecosystem in 2012, and has worked as CMO in two ed-tech startups - Scholarly and MyTestBuddy. He, however, sought to start up on his own, and inspiration came from his sister Dilshad, who had studied fashion design and dreamt of starting her own label.

Kaizad saw how challenging it was for Dilshad to design ensembles every season, and simultaneously sell them in a short period of time.

With the idea of supporting upcoming fashion designers and connecting them with the right consumers, Kaizad launched online platform GetNatty on Women’s Day in 2016.

To bridge this gap and create a supportive fashion ecosystem, Kaizad knew technology was the way. GetNatty was started with Rs 80 lakh from his own savings, as well as from family, friends and some HNIs.

The online marketplace helps designers grow their businesses by increasing brand awareness and visibility, helps them style celebrities, and even work with fashion influencers.

GetNatty also enables designers to exhibit their collections in cities across India, as well as showcase them in multi-designer stores and even sell internationally. Using data intelligence, GetNatty enables a designer to avail all these services under one roof.

Kaizad believes there is tremendous opportunity in the highly unorganised designer-wear market that will cross $2 billion in India by 2020, and is growing at a CAGR of 40 percent according to ASSOCHAM. “Globally, the designer wear industry is expected to cross $200 billion by 2020. India represents only one percent of it. India needs an umbrella brand like GetNatty that can put us on the global map,” he tells YourStory.

GetNatty’s target customers primarily are fashion-conscious women in the mid-to-high income group between the ages of 25 to 45 from Tier I and Tier II cities.

Of more than 3,000 stock keeping units, the most popular products are jumpsuits, gowns, clutches, dresses, tunics, sling bags and sandals. Kaizad believes that globally, consumers prefer to buy niche products as opposed to mass market brands, and this trend is expected to continue. “This is mostly due to the products’ authenticity, personalised experience and the story attached to it,” he says.

Kaizad adds that he looks up to Zillingo, a startup focused on APAC and Southeast Asia, which follows a similar model. Co-founded by former Sequoia Capital investment analyst Ankiti Bose, this three-year-old startup has already raised $82 million.

“Their success shows that this model works, and the market is worth exploring. We also want to go outside India, beginning with an exhibition in Dubai in August,” he says.

In India, GetNatty’s closest competitor is Pernia’s PopupShop, and internationally it is FarFetch. “The price points of the products listed on Pernia’s are about three times higher than ours, and majority of their orders come from outside India. They do not provide a platform for upcoming designers, and are only focused on selling highly curated designer wear from a selective list of designers,” says Kaziad.

Onboarding designers at GetNatty is done carefully. GetNatty’s team of 10 includes professionals with extensive experience in Indian and international fashion. They handpick designers keeping the requirements of customers in mind.

Kaziad elaborates, “So far, we have received over 1,100 designer registration requests. Since we want to focus on quality, we have carefully shortlisted about 100 designers who match our curation criteria. The key to success is locking in a loyal customer base and becoming the business partners of designers, so they are not just dependent on us for sales, but also for their business operations and their brand’s overall growth.”

He adds that one of the key performance indicators for GetNatty is by how much does a designer on the platform grow their business. It also focuses on the number of users, repetition rate, time spent on the site, conversion rate, referrals, and brand recall value.

In India, only three to four percent of the total retail market is online, and Kaziad believes there is tremendous opportunity for GetNatty to adopt a hybrid online-to-offline model. GetNatty looks to capture consumers who may use the online mode for discovery, but prefer to shop offline due to the touch and feel factor. It has more than 1,000 customers and a majority of the sales come from the offline channels.

Exhibitions, fashion events, affiliate marketing websites and multi designer stores are where the startup’s target consumers hang out, so GetNatty comes up with creative ways to attract, convert and retain them.

Kaziad explains, “First, we inform them through social media paid promotions and website/email announcements, then on the physical location we put up a beautiful display of products and décor. We interact with consumers and offer them styling tips that can help them to make a purchase decision and / or remember us thenext time they plan on buying designer wear.”

GetNatty has already conducted more than 20 exhibitions across the country. In multi-designer stores, customers can find multiple designer products under one roof, see the product in real time, give a customised orders, get styling tips and also get a product altered.

“For offline orders through exhibitions and stores, we have created appropriate systems and checks in place to ensure that the quality of the product is properly inspected prior to delivering to the customer. For online orders however we work on a drop shipment model,” Kaziad says. He adds that their offline outlet ‘GetNatty In-store’ is scheduled to go live by October 2018.

GetNatty offers a yearly subscription service for designers ranging from Rs 2500 to Rs 6000. It also provides customisable packages with photography, celebrity styling, multi-designer store retailing and wholesaling, which range between Rs 9,999 and Rs 24,999.

GetNatty is currently closing its first seed round. “We have witnessed a monthly revenue growth rate of 73 percent, and over 98 percent in terms of designer onboarding. We are seeing an exceptional growth in our annual GMV, about 107 percent month on month, and we are anticipating to grow at least 5X next year and another 10x the year after that,” Kaziad says.

Although it has an office in Mumbai, being based out of Vadodara has had advantages and disadvantages for GetNatty. While there is a lack of opportunities and ecosystem support, Vadodara provides low cost of living, which has helped reduce overheads. In the current fiscal, GetNatty aims to achieve more than 10,000 users and 3,000 designers, conduct 50 exhibitions and open 10 stores.