Winning in the India market: 4s and 6s are good, but sneaky singles between wickets is the key 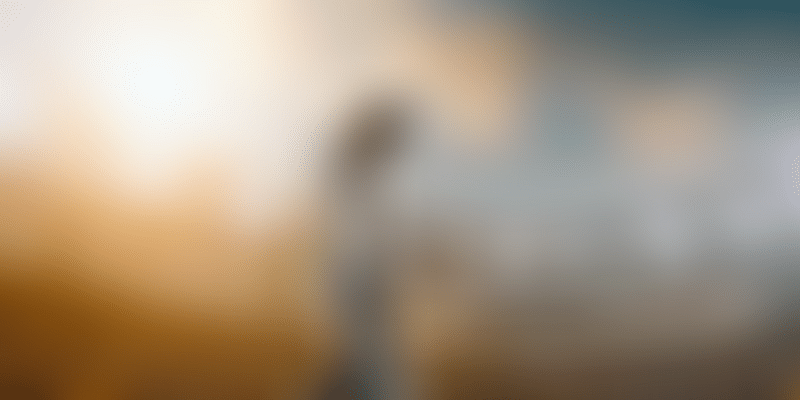 World Bank has re-tagged India as the world’s fastest-growing major emerging economy. Though this is good news for global and Indian tech companies, the question is how can they successfully innovate and win in India.

During her visit to India early this year, Director of Global Politics and Government Outreach at Facebook Katie Harbath’s tight schedule had Raipur squeezed in. Hardly a place for visiting dignitaries of new-age global businesses to include in their itinerary.

But for Facebook’s Katie, her first trip to India led her into the hinterland where the global social media giant has its sights set to reach the country’s next half billion population.

According to the latest statistics, Facebook’s major chunk of users from its total of 2.19 billion monthly active users come from India, second only to the US. Facebook has 270 million active monthly users in India to be precise. (WhatsApp, which Facebook bought in 2014, has 1.5 billion monthly active users, of which 200 million users are in India.)

As Katie stood on the large stage of the Rural Digipreneur Summit in a packed indoor stadium to officially announce the launch of 7000 Facebook pages that the company had dedicated to the village-level entrepreneurs of Chhattisgarh, she was probably one of the few in the company who was actually looking at Facebook’s next big market.

"The market is big and to penetrate deeper into India it is essential that we look closely at its rural areas and build products for the need of that consumer," she told my colleague and I as we jostled for space in the crowd of government functionaries.

Facebook isn't the only Silicon Valley giant that is eyeing India's rural markets. Over the past few years, the likes of Google, LinkedIn, and Amazon have pretty much made their intentions clear. This is the pitch that they would like to bat in.

Recently, Sundar Pichai, CEO of Google Inc, tweeted the heartwarming story of a porter in Cochin, Kerala, who passed the civil services exam thanks mainly to the free wifi at the station that was powered by Google.

If the past two decades or so have shown anything, it is this that India continues to be a huge magnet attracting global companies that are seeking to grow.

What is it about India that is attracting the world? Far from being the golden bird of yore, the only thing that can be “plundered” from here is perhaps the human capital -- both in terms of consumers and talent pool.

India’s huge population of 1.2 billion people is its biggest asset. It is the sitting duck equivalent for businesses that are looking for new markets.

And the best part is that urban markets are just the low hanging fruits. The companies that get to what has come to be known as Bharat (the India that lives beyond the metro and larger cities) will truly have their cake and eat it too.

In its very recent forecast on June 8, 2018, World Bank announced the Indian economy will see GDP growth of 7.3 percent in 2018-19, and 7.5 percent for the next two years as factors “holding back growth in India fade,” justifying India’s tag as the world’s fastest-growing major emerging economy.

“India is doing well. Growth is being robust. Investment growth remains high. Consumption remains strong. All in all these numbers are encouraging,” Ayhan Kose, Director of the Development Prospects Group at the World Bank, said, according to a report in The Mint.

What does it take to win in this fastest growing economy? There are no easy answers.

Ravi Venkatesan, Chairman of Bank of Baroda and former Chairman of Microsoft India and Cummins India, attempted to answer this in his 2013 book, Conquering the Chaos: Win in India, Win Everywhere. He points out that unless a company can “straddle the pyramid” it is not possible to win in India. Companies not only need local products and local business models but also a very local mindset.

In an email response, Venkatesan tells me, “India is not a country of a billion users. India is, in fact, many countries. Very roughly there is an economic pyramid with an Australia at the top; this is 25 million very rich people. Then there is a segment the size of Vietnam- about 90 million affluent people. Then comes a Brazil- size segment of 200 million aspirers. Finally, an Africa with a billion people. The fortune in India is in the middle of the pyramid (MOP)- the Vietnam and Brazil.”

He adds that to be really successful, companies have to crack the value proposition for this middle which is incredibly demanding in terms of price vs performance. Second, you have to have incredible commitment and tenacity to succeed here. “What you think should take two years to accomplish can take five. There are constant surprises and ups and downs. So this is not a market for the timid or the faint-hearted. My mentor Dr Ashok Ganguly, who was the Chairman of Hindustan Unilever, used to talk about India being a land of mouthwatering opportunities and eye-watering challenges!”

It is this ‘functioning anarchy’ mindset of the country that eludes global companies and even local tech startups. They do not seem to have a gameplan to negotiate the googlies of corruption, general chaos, governance issues, and poor infrastructure that dot this highly potential playing field.

Now with millions more coming online -- 500 million internet users in India -- how do companies, both global and Indian tech, leverage the internet to innovate and succeed?

If there is a secret sauce to winning then no one is telling just yet.

But let’s look at what digital video streaming platform Hotstar scored with its recent coup of exclusive rights to stream the just-concluded IPL cricket matches. It recorded a reach of 202 million viewers, a 51 percent rise over last year’s reach of 33 million.

Hotstar (and Jio) used the IPL to launch paid services and create special shows around the matches thereby taking on its competition like Netflix and Amazon Prime. For them, it was a no-brainer. In India, cricket is a panacea for all ills.

Google’s recent payment offering Tez, it’s Internet Saathi and RailWire projects and others are all geared towards what the company calls its Next Billion User Initiative. Other new-age businesses like LinkedIn (with its LinkedIn Lite app for faster connectivity in areas with poor network) and Amazon (with its local slogan of 'apni dukan'), Uber (with its new Uber Lite) or even MNCs like IKEA, Starbucks, Walmart, and more, have caught on and are looking at penetrating India to catch the new mobile-first consumers.

In a telephonic conversation, Akshay Bhushan, Partner at Lightspeed India Partners, says that most companies that entered India in the past failed the localisation test. “The norm has been to replicate western business models here by targeting only the audience in the higher income groups -- the first 50 million mass of consumers.” Perhaps the same can be said of Indian tech companies -- few have identified the right strategy to penetrate the next 500 million internet users.

Akshay’s investment firm is betting big on its portfolio company Sharechat as the answer to India’s very own social networking platform. He says the startup identified a vernacular opportunity early-on (while most were focused on the English user) by launching their app in over 14 Indian languages.

Perhaps, understanding the consumer mindset is the difference between winning and losing.

"Even in China, some of the newer emerging models like Kuaishou in social media or Pinduoduo in social commerce have been the rage in tier three and four cities because they've focused on the core aspirations of that user. We need to see more innovation on these lines," he adds.

Away from the media glare and 15-minutes of fame, there are startups which are innovating for India. Over a long-distance call, Nidhi Mathur, Co-founder of Niramai, a Bengaluru-based novel breast screening solution healthtech startup, tells me excitedly that though their expansion plan was to start with the metro cities of India, she was happy that their next expansion has been to Dehradun.

“We received a lot of inbound queries about our solution from smaller cities and towns of India. Especially in the case of Dehradun, I am happy to say that we will be able to deploy our solution in the difficult terrains of Uttarakhand,” she tells me. Nidhi is in San Francisco where Niramai just graduated from the fifth edition of the Google Launchpad Accelerator programme. There were three other Indian startups at the launchpad, including SocialCops, BabyChakra, and m.pani.

So while Nidhi says a lot of work awaits her on her return, her priority will be to create awareness about their solution so that they can reach remote areas, including the Northeast.

While replying to my query about what has changed since his book was published, Venkatesan says, “Between ubiquitous smartphones, the disruption in connectivity driven by Jio and the Aadhaar-based ‘India Stack’, UPI, and GST, India has rapidly created a world-leading national infrastructure. And the real game changer is the emergence of deep learning technology. Some things haven’t changed at all while in other ways, the whole game has changed.”

In such a scenario, all one can say is for companies to win, they will have to do more than hit fours and sixes. In cricket matches, so in life, it is the slogging between the wickets that wins more matches.