With AstuEco, these two entrepreneurs aim to replace plastic with Areca nut tableware 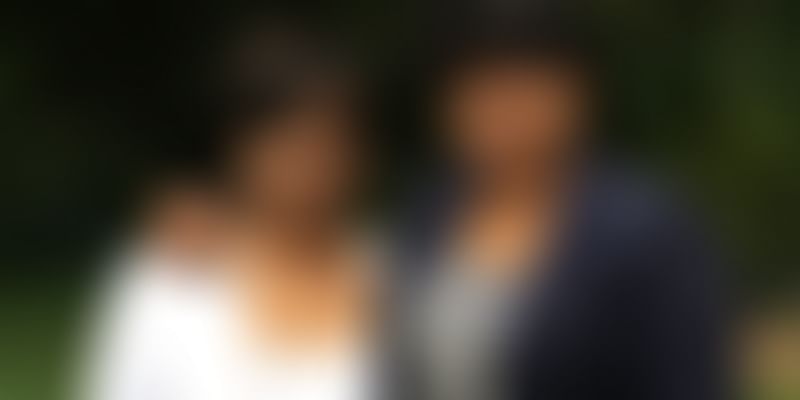 Bengaluru-based AstuEco is a one-stop shop for eco-friendly plates, trays, glasses, cups, and containers that are 100 percent natural and biodegradable.

The problem they solve: Manufacture Areca leaf-based cutlery and crockery, sell on their own ecommerce platform and other e-tailers

Plastic is everywhere. In bags to carry shopping, jars of personal care products, containers to store dry foods, plates to microwave food in, bottles to drink water from…the list is endless. Plastic pollution may well be one of the greatest environmental challenges of our time. The theme for World Environment Day 2018 - Beat Plastic Pollution - was a call to action for everyone to band together and kick plastic out from our lives.

But, despite the awareness, it’s not really happening. According to FICCI, India produces 15mmtpa of plastic at this point of time; it will produce 20 mmtpa by 2020. Not many people realise that plastic can – apart from ravaging the environment – be carcinogenic.

Anitha Shankar and Tejashree Madhu, aware of these ground realities, have been working to weed out plastic from urban lifestyles for a while now. The duo left their corporate jobs, which they had been in for 15 years, to focus on going green. And AstuEco was born in 2017. The Bengaluru-based startup designs and manufactures “earth-friendly products for the environmentally conscious”, including plates, bowls, glasses, cups, trays, straws, boxes, and shopping bags.

The duo met through common friends, in 2002, while they were in college and met again in 2015, which is when they realised that they cared about the environment. The two women spent a year researching products that could help replace plastic tableware. They considered several materials such as wheat, palm trees, corn and others that could be used to make containers for food storage, refrigeration and consumption.

During the year of R&D and testing the duo realised that India produces 7 lakh tonnes of areca nut every year. The tree sheds its leaves, which could be tapped to make biodegradable and sturdy crockery. These products would be 100 percent recyclable, unlike the “compostable plastics” that have 30 percent plastic content.

Tejashree, Co-founder of AstuEco, says: “We focus on reuse, recycle, and repurpose.” They began by sourcing from farmers at first but soon realised that they needed to set up their own manufacturing plants if they wanted to scale the business and take on plastic.

Today, AstuEco has two plants, one in Shimoga and the other in Hosur. The capacity for both these plants is well over 100,000 units a month.

AstuEco is an ecommerce company; 30 percent of its business comes from the online side, the rest comes from its distribution network in severalretail stores. They are also available on Amazon.in. A bundle of 25 plates retails for about Rs 449. These bundles can be used for picnics or gatherings at home or work.

“We are building an earth-friendly brand and have invested a lot of money on the supply chain and distribution to make this brand go national,” says Anitha, Co-founder of AstuEco.

Tejashree and Anitha don’t want to disclose exact investment figures, but say they have put in more than Rs 1 crore on their own. The company does not disclose its revenues either as this will be its first full year in operations.

The future is green

AstuEco aims to take on every plastic supplier and producer in India - a universe of 30,000 manufacturers, according to FICCI. This number does not include imports from China.

As part of AstuEco, the co-founders also have the Good Earth Astu Research (GEAR) Centre, which is constantly endeavouring to find newer, better products that are closer to earth, bio-degradable, compostable, nontoxic, chemical-free, and safer for man, animal and earth. Research is currently on-going on bamboo, paper, bio-plastic, and organic products for more earth-friendly alternatives.

“The challenge of end-of-life of plastic is of global concern. They do not degrade or compost for hundreds of years. The thousands of tonnes of disposable plastic that goes out as waste every day causes a lot of hardship and misery to man, animals, and marine life. Many countries have banned them. Many more need legalisation and alternate products to move in that direction. Many others need education on the topic,” Anitha says.

The market size for this industry is as big as the plastic industry. FICCI pegs the plastic industry to be as big as $12 billion. Biodegradable products may be more expensive, but they are certainly cost-effective and better for us and the environment. Companies like TrueGreen, EnviGreen, and Ecolife that manufacture bioplastics - they would be the biggest competition to AstuEco.

The focus on going green is permeating every sector. R Sampath Raj, the Mayor of Bengaluru, at a Cisco Summit on Smart Cities, said: “Going green should be every company and individual’s thought process. It is also the duty of the state to ensure it happens.”

It is not possible to go green overnight. But there is wisdom is using materials made from biodegradable material. The economies of scale that plastic carries have out-weighed green materials so far, but we need to change our choices to save our planet from choking on plastic. The time to go green, say the co-founders of AstuEco, is “now”.