Chennai-based concierge service Genie is here to fulfill your wishes 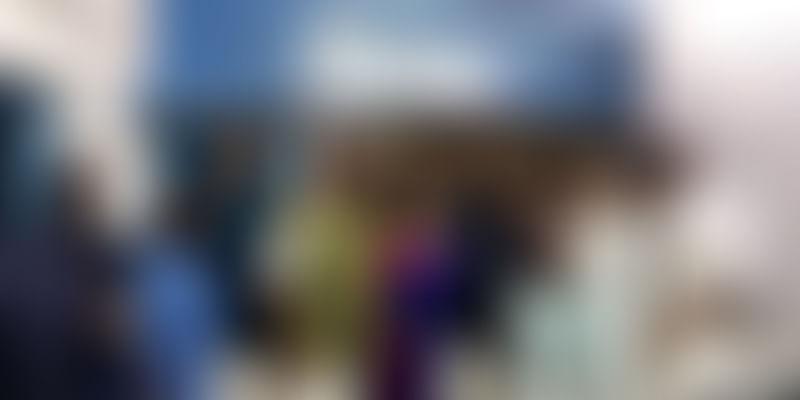 Service app Genie picks up and drops, and even purchases, items for customers. The startup also helps expand a business' logistical reach in the city.

When Rakesh Mani and Sreekesh Krishnan sat in long, seemingly unending lectures at college, their minds inevitably wandered to upcoming meals and what they could eat. Sitting in class, there was not much they could do to get the food they wanted, beyond thinking about it. Once, they wanted to get a cake for a friend, but classes again kept them from getting it.

This was when the duo started wondering if they could order what they want through a text. They came up with the idea of Genie, a digital concierge service, that can get done anything over WhatsApp.

“Ambitious as we were, we opened the service throughout the country with just one WhatsApp number and a website. People sent us messages and we used other services to cater to their query. Then there was a sudden surge, with hundreds of people messaging us with requests that we weren't able to keep up with. That's when we realised we were on to something that we should definitely explore. We worked with WhatsApp for well over a year before moving on to an app-only model,” explains Rakesh.

The duo then roped in Parth Shah, who ran Instadel, an online grocery store.

The trio would sit in a car, where Rakesh would chat with the customers, Sreekesh would drive and Parth would make deliveries. As a young business, Rakesh adds, this initial exercise helped them have a finger on the pulse when it came to customer needs.

“While we were at it, we've had experiences ranging from people being extremely curious and supportive of what we're doing to people thinking we were out of our minds. The exercise helped us populate use cases for Genie, understand what pricing works for our target audience, and how we can design experience for a product that offers so much customisation,” Rakesh notes.

Genie started off as a personal concierge service, but the founders realised the need to pivot after six months, as they simply couldn't ensure quality control and consumer experience when they were doing several things.

This was when the founders decided to step back and look at different options. Also, Genie decided to cease operations in April 2017 due to its inability to raise funds despite multiple efforts. However, with customer support, they were able to resume operations and even raise a small angel round from a Singapore-based fund.

Genie later raised $250,000 from Dubai based investors and is in talks to raise another round of funding. Genie now works on three verticals -

Different from the others

In all its categories, Genie is pretty similar to Dunzo, the Bengaluru-based personal concierge service app, which, in December, raised $12.5 million from Google, making it the search-engine’s first direct investment in an Indian company. Since then, hyperlocal delivery seems to be getting a new lease of life, and many are also looking into concierge services. There is Obo, an on-demand concierge service based in Kolkata, as well.

In the first half of this year, hyperlocal delivery startups raised $82.6 million in funding. MilkBasket kept the momentum going in early 2018, raising two quick rounds: $3 million in January (pre-Series A) and $7 million in May.

However, Rakesh believes that Genie is markedly different from players like Dunzo. He says, “Dunzo defines itself as a personal concierge service that helps people check things off their task list, whereas Genie is a tech-enabled bike-based logistics services for consumers and businesses.”

What also helps set them apart is their Genie for Business (GFB) model, a web dashboard that enables businesses across the city widen their logistical reach by using Genie to deliver products to their customers. Businesses pay Genie an annual subscription for the platform, and get Genie's route planning and load handling algorithms along with their deliveries.

Rakesh explains close to 20 percent of Genie's orders come from stores that have partnered with the startup. The average ticket size of such orders is Rs 480, and average commission per order is 13 percent.

“Each of our ‘Delivery Genies’ work with us as independent agents with an option to login and logout at will. We are thus creating a network of micro-entrepreneurs with future goals of empowering them with skill development and further incentives,” says Rakesh.

Genie claims to have completed about two lakh deliveries, and currently does about 10,000 orders a month. Its monthly revenues are about Rs 12 lakh per month, with the total value of goods transacted through the platform close to Rs 75 lakh.

“We're currently about 100 Delivery Genies strong, each one of them making a minimum of Rs 600 per day,” says Rakesh.

Genie’s current focus is to get the Chennai business right, grow and consolidate business partnerships within the current market and build better technological infrastructure before venturing into other markets.