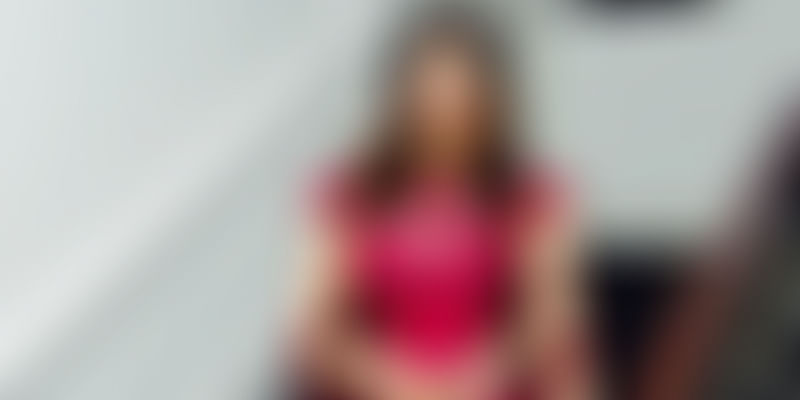 Child and adolescent psychiatrist Dr Ramya Mohan, who worked as senior consultant to the UK's NHS, has created a music-based, self-guided therapeutic technique in collaboration with the Bharatiya Vidya Bhavan, musicians, and linguists.

For someone who spends her days neck deep in the complex psychiatry of young ones, as academic and societal pressures confound them, and moonlights as an artist, singer-songwriter and author, the fact that her two worlds would collide was inevitable. That they would in such an infallible, symbiotic manner was beautiful.

Being formally trained in Carnatic and Hindustani classical music, Dr Ramya Mohan, injected (neuro)science into music and that music into healing, to create CAPE, a DIY music therapy that not only helps heal from mental illnesses, but also aids personality development. Here’s how she has transformed the lives of over 50 patients and counting in two years.

After her MBBS from Bangalore Medical College in her hometown, Bengaluru, Dr Ramya moved to the UK to complete her training in general psychiatry at the South London and Maudsley NHS Hospitals Trust. She was one of the youngest doctors to complete the MRCPsych, arguably the most difficult medical post-graduate exam in the UK. After becoming a member of the Royal College of Psychiatrists, she completed her sub-specialisation in developmental psychiatry (psychiatry of children, adolescents, young people, and families) at the world-renowned Great Ormond Street Hospital for Sick Children, London, UK.

“There is exam pressure, reconfigured families, hectic lifestyles, and quick access to unregulated dangers. There are less than a handful of board-certified child and adolescent psychiatrists in the Indian sub-continent, and hardly any organised community infrastructure for children and young people's mental health,” Dr Ramya tells us.

During the course of her own rigorous medical training, she found that music and art gave her solace and provided the work-life balance she needed. At the same time, as a trainee and subsequently as a consultant child and adolescent psychiatrist on the UK's National Health Service, she worked closely with music, art, and drama therapists.

“I saw how creativity enhanced communication and personality development in children and young people, and empowered them. Their mental health really seemed to benefit from music and art. It got me thinking about how the two very different worlds of science and the arts could be brought together meaningfully and in a standardised manner to support young brains better,” she explains.

So, based on years of research and insights, Dr Ramya released her innovative, self-guided therapeutic technique ‘CAPE: Creative Arts for Processing Emotions’ in 2016, followed by CAPE: Youth, a version for young people in 2017.

This novel music and neuroscience-based technique, created in collaboration with the Bharatiya Vidya Bhavan Centre, London and various Indian and British musicians, uses eastern and western music with proven therapeutic techniques like mindfulness, to support emotional processing and regulation, help recover from illnesses, and restore emotional and physical wellbeing.

CAPE is a technique patients can adopt at their own pace, in the comforts of any space they choose, and can be employed in one’s day-to-day easily, without any lifestyle changes. It capitalises on the effects of emotion and music on the human brain. The music, with elements of Hindustani classical and western contemporary, has a global feel.

CAPE is cost-effective and easily disseminated. It has been used by more than 50 patients over the past two years, and is centred around the principle that the same part of the brain lights up when you are emotional that does when you are listening to a riveting piece of music.

Dr Ramya hypothesised that music could be used to gradually lead you out of one mood and into another, more desirable one. For example, when one is angry, the track for “Anger” on CAPE, rather than having calming music immediately, begins with aggressive, exciting music, which is directly in tune with what the subject is already feeling. The music and vocals start aping the stimulus until they eventually become the stimulus, and then, they progress into something more soothing, thus leading one’s mind into a more relaxed state. This therapy, when followed for a prescribed span of time, helps one rein in their emotions and steer them with the help of the soundtracks.

One of her patients, Aarya, was an engaging and talented 18-year-old; she came for treatment 6-8 months ago. She was suffering from clinical depression, anxiety, emotional lability, and maladaptive coping mechanisms to stress – this was straining her relationships with her family.

“She was unmotivated, tired, angry, worried, and upset when I started to support her with CAPE:Youth. At the same time, she was a pianist who dreamed of a career in music. She made CAPE an integral part of her life; her mental health has improved steadily and she saw improvements in all aspects of her life. Today, she is calmer, more resilient, and content, and has successfully obtained a scholarship to the renowned Berklee College of Music,” Dr Ramya tells us.

Priyanka, another one of CAPE’s users, was a bright, spirited, and extroverted 16-year-old, who experienced severe anxiety disorder and clinical depression when she came to terms with the fact that she was queer, hampering her ability to manage her academics and life in general. Having been an exceptional orator in the past, she found herself unable to cope with the stress of debates, exams, and other activities requiring sustained mental effort/confidence. “Today, having used CAPE:Youth for about 4-6 months consistently under my supervision, she has re-discovered herself as a spokesperson for queer young people and is again a confident orator,” she says.

Dr Ramya feels that with incidences of self-harm, suicides and mental illness on the rise, if children are taught to resort to musical therapy that actually works, substance abuse as a coping mechanism will become less prevalent. She relentlessly champions this new therapy by speaking at various forums, colleges and conferences alike, and has even found evangelists in prestigious media houses like The Independent UK, BBC Arts and Culture, The Huffington Post, The Times, NDTV and Deccan Herald, among others. "CAPE can help with stress- related adjustment difficulties , anxiety, depression, post-traumatic stress and emotional regulation difficulties that can show up as self-harm/ aggression/ anger problems/ defiance /frustration by improving motivation , helping with self-esteem/ self-worth, confidence and resilience," she says, signing off.