Understanding the farmer’s march – a movement and not a mob 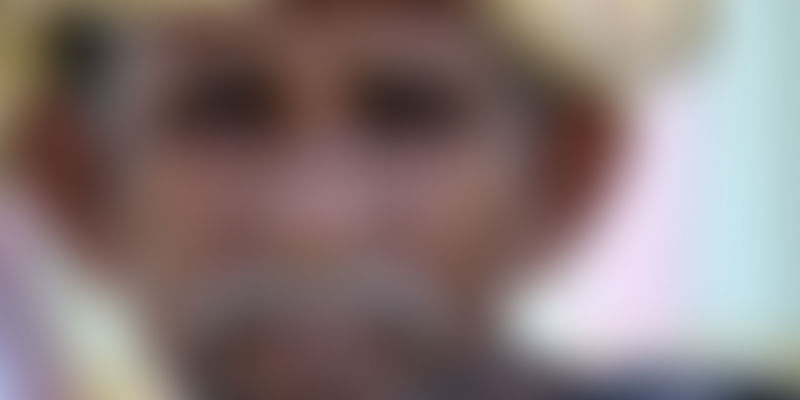 India is a country built on the sweat and toil of its farmers. The range and expanse of agricultural produce are exhaustingly vast, and agriculture, to date, remains the mainstay of the Indian economy. Over 70 percent of the rural households directly or indirectly depend on it.

With a 17 percent contribution to the GDP, the importance of farming as a primary occupation cannot be undermined, least of all be dismissed from the national landscape as a lesser concern.

It is not an exaggeration to call farmers the backbone of the nation. In a primarily agrarian land, one would expect prosperity and respect for its main producers, but this is far from reality. The farmers, in fact, do not even occupy a place in the imagination of the policymakers and consumers sitting ensconced in the comfort of their urban dwellings. This is evident in all the recent reports of agitation, where farmers had to catch our attention by leaving their fields and marching into the cities.

The condition of farmers in India – the alarm bells

Even if you are a cursory consumer of news, you would still remember the shocking headlines about farmer suicides. According to All India Kisan Sabha, 1,753 debt-ridden farmers have killed themselves since June 2017 – in the mere span of a year. Let that number sink in. An important and basic question to ask is – what is driving farmers to such extreme measures?

The answer is simple. Abysmal conditions of work and compensation. According to government data, 52 percent of farming families in India are indebted. Farming requires labour, land, investment, patience, grit, expertise – in short, everything needed to run a full enterprise. According to the National Sample Survey Organization, a federal data collection agency, roughly a five-member Indian farm household had an average monthly income of $99 in 2013.

More than 80 percent of farm holdings belong to the small and marginal category, which is one to two hectares or less of land. Around 68 percent of the landholdings are prone to natural disasters. The fluctuations in the natural phenomenon, as well as economic conditions, are huge in any case. It is difficult to estimate if the investment in cultivation is going to bear an expected return. Cost of cultivation for paddy often equals the price of the output, making the entire effort redundant, as well as frustrating, while proving to be economically non-viable for leading a fulfilling life.

Add to this the necessity to educate farmers in the latest techniques and providing them with productive equipment, and you know you are staring down a dark abyss.

Combine this with public apathy and negligence on the part of policymakers, and think – why should the farmers not take to the roads? They are using numbers to send a message to the government, but the question is – is the government listening?

Walking to Mumbai – the matter and the message

There were 50,000 farmers from Maharashtra and Odisha, who collectively walked 180 kilometres in March this year, hoping that someone will finally pay heed. This list of demands was simple – complete waiver of loans and electricity bills, an MSP of 1.5 times the cost of input, a stop on the forceful acquisition of farming land, and immediate implementation of the Swaminathan committee report.

While agitating for their rights, the farmers also observed sensitivity. They made sure that their march was scheduled after the rush hours, to not inconvenience the commuters. They were also mindful of the Board exam of the students on the day of the march and made sure they stayed out of the way. The public of Mumbai rewarded this sensitivity with compassion, by coming out in huge numbers to welcome them with water and food.

The display of compassion, indeed, is heartwarming, but is it enough? While the farmers displayed Gandhian values, reminding one of gentle civil disobedience, they need the same dignity, empathy, and economic rights accorded to them. This was certainly not a mob, but an organized civil protest, espousing values of democracy and rightful agitation. Recently, although the current government approved a substantial increase in the MSP of most kharif crops, this just appears to be a tactic to woo them for upcoming elections. Furthermore, it appears that the higher price was only a promise, and the actualization depends on a lot of factors like procurement and ongoing support from the establishment. Question is – are we well prepared for the MSP hike?

The government had constituted the National Commission on Farmers in 2004 under the leadership of Professor M. S. Swaminathan. The commission’s recommendations for farmer welfare included land reforms, irrigation reforms, productivity growth, and access to basic services. It recommended setting a minimum support price, introducing safeguards for small and marginal farmers, and addressing the issue of risk overtaking the agricultural profession through better credit facilities and technological empowerment.

Keeping this and the agitation in mind, it is necessary that farmers have assured access and control over the basic resources, including land, water, bioresource, credit and insurance, technology, knowledge management, and markets.

The concerns are legitimate, but lack of political will affects the living conditions of the farmers, which do not change. Farmers need to be seen as more than a vote bank. Their upliftment needs to become a political agenda. As an immediate step, the promised loan waivers need to be implemented, followed by providing support facilities and granting access to resources.

Not too long ago, a major political leader elevated our farmers to the pedestal of worship. He gave the slogan ‘Jai Jawan, Jai Kisan’ – the two forces which keep India secure, from the enemy and from hunger. The least we can do is to give them what is rightfully theirs and not let this agitation pass away as just another news issue.

Dr Soumitro Chakraborty is CEO at Fiinovation and Chairman of Centre for CSR and Sustainability Excellence.