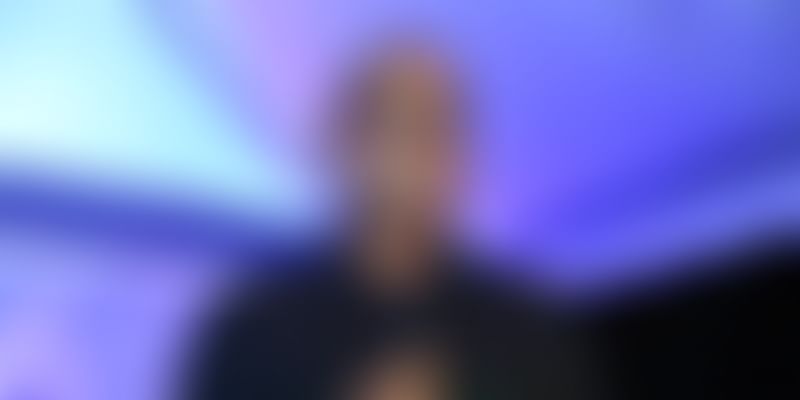 Social Frontier identified the potential in 'martech' early on and has built an AI-powered product that automates marketing.

The team was engaged in the digital marketing activities of GrowthStory-backed ventures which included Big Basket, Portea Medical, FreshMenu, TutorVista, Bluestone, Housejoy, Must See India, and so on.

The team, which later went on to become Social Frontier, would help these startups increase reach and engagement on social media, maximise website traffic, push app installs, and sometimes, acquire new customers. But, it realised over time that each startup had a different objective, and subsequently, a unique trajectory.

Hence, a one-size-fits-all approach to marketing had to be canned.

“Each startup had a core objective. Portea’s was lead generation, Big Basket wanted conversion, FreshMenu’s was expansion, and so on. Since we were following a data-driven marketing strategy, we required a lot of tools. Even then cross-channel optimisation was becoming difficult. So, we decided to build our own tool to leverage cross-platform insights and use it for our portfolio companies.”

Thus, Social Frontier was born in 2016. Basha and his colleague, GnanaPrakash Rathinam, donned co-founder hats, and set up a team of six people. Armed with a seed investment from GrowthStory itself, Social Frontier began operations as a full-fledged digital marketing agency that was equipped to conduct campaigns across Facebook, Google, Instagram and Taboola.

By 2017, it decided to “roll out as a B2B venture” for external companies too.

Social Frontier was now a martech startup that offered a machine learning and AI-based marketing automation and predictive optimisation tool to enterprises.

The tool, Kintegra, would enable businesses to manage their digital marketing campaigns and social media presence effectively without the misallocation of ad dollars. As a result, returns on investments would grow and the efficacy of communication would improve.

“Kintegra’s AI engine can take decisions like humans and decide when campaign costs should go up, when and where funds have to be realigned, when a campaign has to be paused, which platforms should be targeted, and so on. Kintegra monitors cost-to-conversion in real-time and takes action accordingly.”

Basha reveals Social Frontier helped boost MissMalini’s monthly traffic from 600,000 page views to three million page views. “We managed to do this in just 5-6 months,” he says. For Portea Medical, for instance, paid visits were 200,000 a month earlier. The integration of Kintegra took that up to two million. “The cost of acquiring customers went down by half and app installs increased significantly,” Basha states.

“The tool has a predictive optimisation feature that takes a call on platforms suitable for every campaign. It segregates and optimises campaigns based on that understanding. On campaign completion, it can even make a template, schedule and send out client reports.”

Optimisation, which is the core proposition of Social Frontier, is increasingly becoming a buzzword across industries. But, advertising possibly lacks suitable products that can drive optimisation. While martech is estimated to be a $34.3 billion industry annually, over 50 percent of the brands lack adequate tools for data-driven marketing, according to WARC (a global marketing intelligence service).

He tells YourStory: “We saw amongst GrowthStory companies the crying need to optimise the social media spend across channels. No such platform was available. Hence, we took a bet on the space.”

“Social Frontier automates and optimises social media spends across channels to deliver the most efficient returns for the money spent. We believe while brands and companies spend on performance marketing for immediate results, a portion of the overall marketing budget should be spent on brand building for the long term. Social Frontier helps in that regard.”

At present, Social Frontier has a team of 25 “specialists” handling multiple areas of digital advertising. Some are skilled in SEO, some in Facebook advertising, some in content marketing, a few in native advertising, and others in influencer and affiliate marketing. Basha says while the most critical platforms for digital marketing — Google, Facebook, Instagram — have been covered, Social Frontier is now building expertise for Twitter and LinkedIn advertising. “Audience retargeting” is another focus area.

The startup largely offers itself as a SaaS solution (Kintegra), but in some cases, it also carries out the campaigns for brands and companies. “We have three different plans,” says Basha, “one each for independent marketers/agencies, individual brands and large companies.” So, essentially, it operates on a product model and a product-and-service model. Subscription and retainership fees are charged based on the offering.

Social Frontier is a part of a growing global market. WARC estimates brands to spend 16 percent of their marketing budget on martech (marketing technology) in 2018. It states in a report,

“Marketers are most likely to be using a martech tool for email. The majority also use social media and CRM tools, whereas experience optimisation and collaboration tools are currently used by around a third (37 percent). However, both of the latter are set for a significant rise.”

Basha and his team are acutely aware of the opportunity lying ahead. So, how do they intend to exploit it?

“In other fields, AI is being used more widely. But, marketing AI is rare. We are looking at innovation across all marketing channels. We are also trying to build analytics and prediction for TV advertising. That should be interesting.” he says.