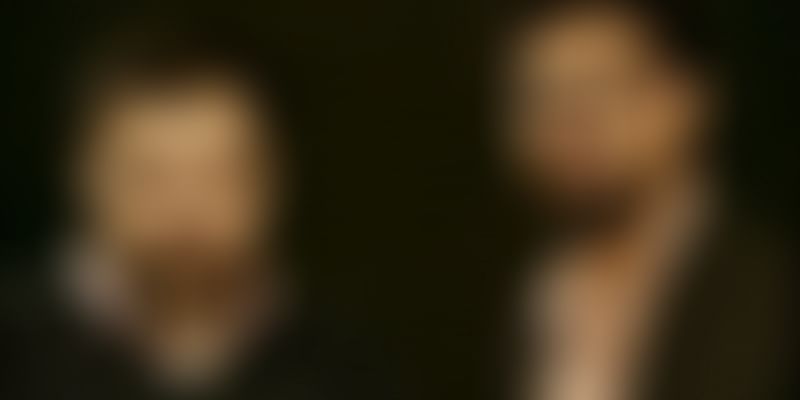 In a first, a startup’s content will be distributed across all countries in the world, which will significantly help Pocket Aces to scale as a digital media platform. Sources say the show will go live in the fourth quarter this year.

In a fillip to Indian content creators and media platforms, Netflix has partnered with India’s digital entertainment startup Pocket Aces’ content studio, Dice Media, to create scripted shows for its viewers worldwide, starting with a new season of Little Things. The show features upcoming actors Dhruv Sehgal and Mithila Palkar, and will be made available exclusively to the 130 million Netflix members in more than 190 countries. In addition to Little Things, Pocket Aces will also produce a new comedy series for Netflix.

Pocket Aces has reached 50 million unique views each month and claims to have 300 million views a month overall.

In an interview with YourStory, Anirudh Pandita and Ashwin Suresh, Co-founders of Pocket Aces, talk about why this deal is significant to an Indian startup. Here are the edited excerpts of the interview.

YourStory: Why is this Netflix deal unique to an Indian startup?

Anirudh Pandita: Having delivered some of the biggest Indian web series hits like Little Things 1, What The Folks, and Adulting, our product, Dice Media, today stands tall among all new-age digital content creators. We have now become the first and only Indian digital entertainment startup that has signed a multi-show, long-term partnership with premium content streaming giant Netflix, thereby propelling Dice Media forward as a premium, long-form storytelling brand in India.

This also reinforces the strong scale that Pocket Aces has achieved in a short period of time. The company has amassed more than 1.5 billion video views in the last two years through our socially distributed video network (FilterCopy, Dice Media and Gobble), with a current run rate of over 350 million monthly video views. Loco, our direct-to-consumer app, and India’s first and largest live game-show platform, is one of the fastest growing apps in the country today, with over 10 million registered users and four million monthly active users (MAUs), all achieved in six months.

YS: What does this deal mean for Pocket Aces?

Ashwin Suresh: Netflix has set new standards for storytelling across the world and we are excited about partnering with them to bring forth quintessentially Indian stories with universal themes that audiences across the world can enjoy. This is an exhilarating time for Indian content with creators pushing content boundaries, and our team is excited about being at the forefront of this movement.

YS: What markets will the show be distributed in?

Anirudh & Ashwin: The show will be available exclusively to 130 million Netflix members in more than 190 countries, which is great for a startup like us, and our team has worked hard for 4.5 years to get to a stage where international over-the-top (OTT) brands are coming to us for good content. I cannot reveal the business model of the content deal, but it is certainly not a revenue-share model.

YS: Can you tell us a little bit about the series and what is it all about?

Anirudh & Ashwin: Little Things is the highly relatable story of an everyday couple, Dhruv Vats (Dhruv Sehgal) and Kavya Kulkarni (Mithila Palkar), who navigate the complicated world of relationships, careers, and aspirations in the fast-paced city of Mumbai, while always cherishing the little things that make life worth living. The award-winning first season of the show was not only acclaimed for its dialogues, writing, and talent, but also became a fan favourite in India.

The second season takes the story forward as Dhruv and Kavya step into the realm of a more mature relationship, searching for their own individual identities, while still facing everyday problems as a unit. Written by Dhruv Sehgal, Little Things Season 02 is directed by two-time national award winner Ruchir Arun, and produced by Ashwin Suresh, Anirudh Pandita, and Aditi Shrivastava.