Is your passion to blame for your company’s failures? 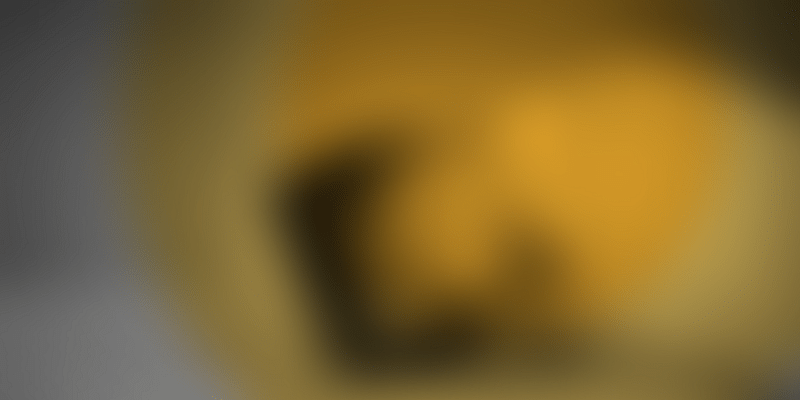 Edwin Land, Steve Jobs, Travis Kalanick, Jerry Yang, Sachin Bansal – what is common amongst these names? All these people were asked to leave the very companies that they had (co)founded. Some ceremoniously, others not so much! However, what remains is a sobering reminder of the fact that the very attributes essential to start a company may not be sufficient, and in several cases are counter-productive, when it comes to scaling the organization. One of the most critical attributes is passion.

It is the passion, or the irrational exuberance of going behind your dreams, however unwarranted or dangerous those may be, which leads to most creations in the world. The psychological underpinning of our passion is the overconfidence bias – a person’s confidence in their own abilities more than what is objectively reasonable. The Nobel Laureate Daniel Kahneman calls this the most significant of the cognitive biases. This bias plagues all of us in decision making, right from driving on the streets to making high-impact decisions in the boardrooms. For entrepreneurs, it is the most salient attribute to pull through the gravity of what’s possible and what’s reasonable to what’s desirable.

The ‘reality bending’ ability of Steve Jobs was one such manifestation of overconfidence bias (coupled with a few others).

Passion is good for starting, but bad for scaling

At the start of an organization, the calling is to rally the people around a dream, a potential panacea to a perpetual problem yielding supernormal profits (for a few). Those others range from family and friends to investors and fools, and the dictum “Make it till you fake it” befits the need of the times. The bias for action coupled with the overconfidence bias propels the entrepreneur to overcome the gravity of logic, reason, and conventional wisdom. Call it the ‘regret minimization’ framework of Jeff Bezos, or the ‘future of humanity’ projects of Elon Musk – each is dripping with overconfidence to be able to take an idea forward.

There is this burning sense of passion (of the founders) that rallies others’ emotions around, leading to some ground-breaking creations.

However, there is a dark side to this passion. The counterproductive effects of passion manifest itself into three of the most severe challenges at the growth stage of the organization. The first of the challenges is the ‘inability to delegate’, followed by the ‘incompetence to develop a business acumen’, and thirdly, ‘failure to cannibalize successful products’.

The limits set by passion are the inabilities of delegation, business development, and product cannibalization.

Let’s begin with the concern on delegation and, eventually, succession planning. Since most founders are ‘hands-on’ and have a strong ‘bias for action’ they continue with the same approach along the firm’s growth trajectory. However, as Michael Porter advocates, “Strategy is choosing what not to do.” There has to be a fair amount of ‘bias for inaction’, and getting hands-off when required. That is perhaps the reason why the founders of Google gave way to the seasoned Silicon Valley executive Eric Schmidt to run Google while they were busy creating new technologies and shaping an achievement-orientation culture.

Back in India, there are scores of stories where investors realise that the founders may not be best suited for the job of scaling-up, and hence have resorted to their own champions. Tiger Global did this at Flipkart with the appointment of Kalyan Krishnamurthy at its CEO, who has been attributed with much of the turnaround at the e-commerce major. The billionaire philanthropist Azim Premji is famous for hiring seasoned executives to run Wipro, including those from the competition if need be. The promotion of Abidali Neemuchwala as the CEO soon after he joined the IT major from rival TCS is a case of dispassionate thinking.

Passion has to lead way to pragmatism, for the same approach can’t serve the company for too long.

The second salient blinding effect of passion is the incompetence of graduating the focus and thrust from product to the business. Many founders with a deep tech background think of a good product as an end in itself, and that the (advanced) technologies can be a panacea to almost any problem. However, it is now widely realized that it is often the not-so-latest technology, albeit with a high level of convenience and value for money, that attracts customers. Whether it is the triumph of WhatsApp Video Call over Skype in the Indian market, or the continued domination of Paytm in the face of several other mobile wallets along with the continued onslaught from Mastercard and Visa, amongst others, high-tech is seldom the answer.

The natural reaction of most tech-savvy founders is to throw more technology behind customer problems in a hope that the stony buyers will budge. A failure to look at the customers and the larger business leads to an escalation of commitment, whereby a lot of good money is thrown behind bad money. Take, for instance, the fate of Google Glass, or Microsoft Bing, or Tata Nano. These are cases of passion for the product or technology, or one’s own dream, and not so much about thinking pragmatically about the business, let alone customers.

The notion of product (read technology) being an end in itself leads to the third and the most serious of the errors by the entrepreneur – the inability to phase out a product or abandon a failing business. With perennially scarce resources, it is an imperative that the limited resources chase and be deployed to the most profitable avenues, with a cognizance that the sources of profits keep shifting. The exit of IBM from the PC business, and eventually selling its entire servers business to Lenovo, is a testimony to the fact that a leader needs to know when to exit a business, even though it might be a cash cow or the oldest of its businesses.

Back in India, the biotech major Biocon sold its original business of making enzymes to then focus its scarce human and capital resources on high-end biopharma research and drug development.

The master of cannibalization is Jeff Bezos, who doesn’t shy away from betting on disruptive technologies time and again in the face of steady revenues from the legacy businesses. Right from the launch of Kindle to the drones and his own fleet of cargo and robots at the warehouse, and other AI-enabled devices, the once book-seller is becoming a tech powerhouse, except that Founder-CEO Bezos remains dispassionate, following his regret minimization theory.

To sum up, passion is a great diver to break away from the clutches of the impossible and create something new, but to scale the very same creation, passion could be severely blinding, and a more dispassionate approach might be useful. The inabilities of delegating, developing a businesses sense, and willingness to cannibalize might be overcome by looking at the business proceedings from a third-person’s perspective. This would do a lot of good to the founder and the stakeholders at large.

Dr Pavan Soni is an Innovation Evangelist by profession and a teacher by passion, and the Founder of Inflexion Point, a strategy and innovation consulting firm.