6 ways startups and marketers can prepare for the chatbot revolution 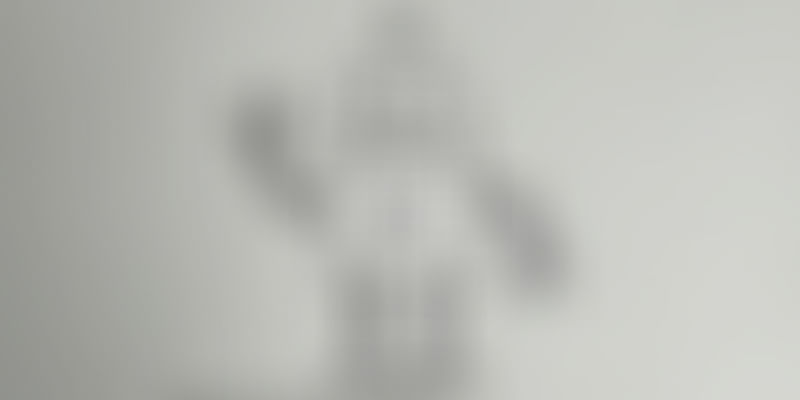 Chatbots (or conversational agents) are assembling in hordes just over the horizon, and when the ominous synth horn sounds, they’ll pile over the hill, render humanity obsolete, and presumably steal all our favourite gadgets.

Or possibly, they’ll just make life a lot easier, save customers and businesses alike huge amounts of time, and offer some recycled (but endearing) puns. Now that I think about it, that seems rather more likely – and it’s already begun.

So how do startups and marketers go about preparing for the revolution that is already taking place? ‘Rapidly’ and ‘urgently’ are both fair answers, but let’s dig somewhat deeper and come up with six actionable tips that every ambitious business on the planet should make a priority today. Now. Immediately.

It’s fair to say that there are plenty of businesses in the world that don’t have content that’s user-friendly, let alone AI-friendly. This is a huge problem that’s going to hit them very forcefully in the general wallet area unless they do something about it, and quickly.

This is because conversational agents rely on natural language processing (NLP) systems, and while they’re improving at a remarkable pace, they’re still a long way from being able to interpret the tiny subtleties that can appear in human communication. The path of least resistance is to find clearer and more efficient ways to get them the information they need.

Think about how the need to cater to the limitations of search crawlers has given online content a set of standardized forms. Cascading headings and subheadings, bullet-pointed lists, data tables – carefully framing hierarchies so even the least sophisticated of bots can correctly interpret the information they’re scanning.

In the case of AI, we’re heading towards a broader marking, tagging, and categorizing of content. This has been making the rounds for some time in the form of microdata (think RDFa and Schema.org), but only now that people are seeing the commercial benefits of this approach is it becoming a priority for the industry.

As time goes by, we’re going to see a greater level of connectivity between websites, apps, AI systems, and any member of the Internet of Things (IoT) family that feels like getting involved (forward-thinking companies are already doing innovative things with this technology). Development processes will painstakingly package functions and build APIs to make it as straightforward as possible for the final releases to be able to interact quickly and easily.

Of course, no business is going to be able to adapt overnight, but they don’t need to. At this point, you’re best served thinking about the entire structure of your website and any associated apps and ensuring that all your future content will be AI-accessible.

Procedural efficiency improvements can’t be created out of nowhere. They stem from the identification of existing issues, so they’re lost to those businesses that simply assume that their operations are as good as they’ll get.

While conversational software can do amazing things, it can’t solve problems or address grievances unknown to it. It’s heavily limited by the data available to it, and we’re still some way away from self-programming AI that can not only respond to issues but actually identify them (despite some successes already).

In the e-commerce world, for instance, the common issues are things like returns, complaints, and product questions. If a conversational agent hasn’t been programmed with any information on them, it will be about as much use for handling them as a monitor with no signal is for enjoying an evening of Netflix.

Any company with orders being placed and support tickets being logged should be noting down the commonalities. What are the most frequent problems? The most popular questions? When they finally do implement conversational agents, they’ll need to know what responsibilities they should be tasked with.

We’re living in a time of hectic innovation, and sometimes it can be hard for someone in the thick of it to realize just how alien it can seem to those not so technically-inclined. The bigger the company, the more likely it is that there are members of staff who don’t really understand what conversational commerce is about, and might even see it as something to be feared.

Because people who are worried about particular developments are very unlikely to seek out education of their own volition, it’s a knowledge gap that won’t close naturally for a long, long time – companies can either wait until popular culture renders it untenable to be unaware, or take action now to get everyone up to speed and show them that conversational agents will make their jobs easier and not place them at risk of unemployment.

This doesn’t mean that it’s worth teaching everyone how to build and implement conversational software, naturally. That would be a waste of time even if it were practical. Rather, it’s a matter of making sure that everyone in a company is comfortable with using and recommending it, and isn’t afraid of it making them redundant (or taking over the world).

Get better at things bots can’t easily do

While I don’t expect smart software to replace human staff, there is the thorny issue of how exactly any company can stand out once bots are squeezing maximum efficiency from everything from customer service to contextual pricing.

Well, once you discard the areas that AI can’t easily compete in, you’re left with the parts that businesses should start getting really good at. Video content, long-form copy, offline marketing, graphic design – anything with creativity to it should hold up well against automation.

PPC campaign management might be a valuable skill today, but for how long? Programmatic advertising will continue to become more efficient, and a human just can’t rival a computer’s ability to crunch the numbers in a flash.

But producing product review videos is something that will be person-driven indefinitely. We still haven’t found our way out of the uncanny valley, let alone created a live-rendered human character believable enough to host a YouTube channel (not that post-processed YouTube characters can’t be fun, per Ami Yamoto).

Shift to a scalable SaaS approach

The concept of future-proofing tech has taken an interesting turn with the rise of SaaS. Back before Moore’s law stalled at the side of the road, preparing for the advances of the future was all about getting the best possible hardware and hoping that sheer horsepower would keep it viable years down the line.

Now that we’re struggling to get more out of processing at a transistor level, we’ve essentially killed the old upgrade cycle through turning hardware and software alike from products to services, and this is going to be vital as the revolution progresses. Connectivity, as we’ve established, is a necessary component.

SaaS (from top developers, at least) future-proofs through efficiency savings. Instead of a 100 platforms looking for ways to become accessible to voice assistants, you can do just one and pass it to a 100 companies to customize at a surface level without compromising the underlying architecture.

The e-commerce world is dominated by templates and similar designs because retailers know that there’s no point in trying to reinvent the wheel. Instead of designing a standardized UX from scratch, it’s so much faster to throw a new site together using a template or even find an established business for-sale with the features you need and implement a few tweaks to make it your own. Why build a house when you can renovate an existing one?

Then there’s segmented email marketing, inventory management, security software, cloud storage (for instance, Google Drive could be hooked up to conversational software, but an external drive would be more of a challenge)...Any local solution that springs to mind can conceivably be replaced with an online system that achieves great uptime and gets industry updates as soon as they’re available.

It’s normal to miss the manual control at first, but what’s lost in control is provided many times over by the incredible efficiency savings and the confidence that new developments are nothing to be feared.

Experiment with what’s out now

Dipping a toe in the ocean is all well and good, but it won’t prepare you very thoroughly for the prospect of swimming, and eventually, you just have to wade in and commit to figuring things out as you go. That’s the best thing a growing business can do to prepare for the onrush of conversational systems.

There are plenty of free conversational agents around to choose from. Some are vastly worse than others, but it doesn’t really matter, because the objective is purely to get to grips with what it’s actually like to use a ‘chatbot’. There’s no substitute for experience.

When a business has developed a good awareness of what the central concepts are and what can potentially be achieved, they can look into commissioning a custom AI-driven ‘chatbot’ of their own. Learning by doing is the best way to get ahead of the pack and show users that they can rely on your brand to keep getting better at serving their needs.

Automation is going to make the business world of a decade from now work very differently from that of today, but worrying about change never helps. Instead, if you’re a startup head or a marketer ready to look ahead, try these methods and keep working at them – it’ll help you enormously in the coming years.

Kayleigh Alexandra is a content writer for Micro Startups – a site dedicated to spreading the word about startups and small businesses of all shapes and sizes.