How Purple Panchi, which began operations from a car, spread its wings to become a Rs 1 cr business 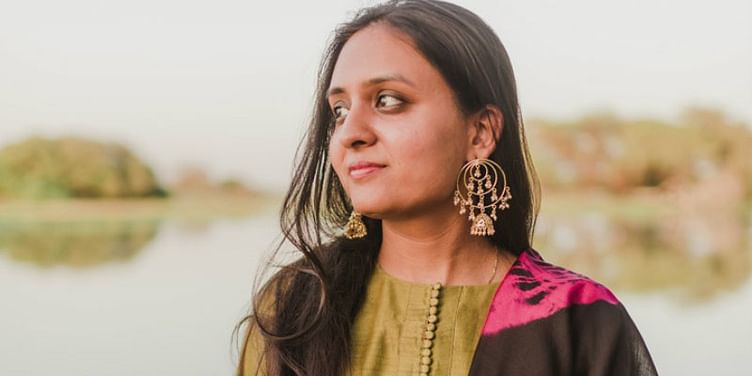 Malvika Gupta, the Founder of Delhi-based Purple Panchi, says the brand designs for the everyday woman who wants to own a designer outfit without having to burn a hole in her pocket.

Purple Panchi was started with one woman’s idea and her determination to keep at it, at all costs. In fact, in the initial days of setting up, Founder Malvika Gupa ran operations from her car, as she drove around the bylanes of Delhi to source from the best artisans for what she had in mind.

Her fashion label, which came into being in October 2016, is now a brand to be reckoned with. Featured on ecommerce sites like The Loom, Jaypore, and Indian Roots and in exclusive stores that include Anantam and Almari among others, Purple Panchi is experiential, without the “unaffordable” tag associated with a premium brand.

After completing her bachelor’s degree from Amity University, Noida, Malvika worked for a while with the recruiting team at Randstad India. She left the job to take a Fellowship with Teach for India where she taught elementary school children. After completing the Fellowship, she was keen to do something creative. Purple Panchi was soon started out of the car Malvika borrowed from her husband.

“I had no resources at all, I would drive around Delhi and Gurgram in my car, find karigars, spend a lot of time with them to learn their art. Procuring the raw material for the clothes was a lot of hard work. I also spent a lot of time at the hand block printing workshop. It was challenging initially, as we designed each and every piece,” she says.

According to Malvika, colours play a significant role in our personalities. And in an array of colours, what stood out for her was purple. “Purple stands for vibrancy and creativity, panchi (birds) signifies spreading wings and spreading happiness. I would like to empower women to wear what they want and what suits their body style,” she says.

Speaking about her label, Malvika says it is “a blend of classical Indian motifs coupled with some of the most interesting colours that you can find”. “Extremely experimental in nature, our quirky yet classy designs are now being followed across the industry. We design for the everyday woman who can own a designer outfit without having to burn a hole in their pocket,” she adds.

Purple Panchi’s collections draw inspiration from commonplace elements like flora and fauna with an emphasis on the art and craft of each form. The effect is to create a jugalbandi with colours and prints. For example, a cycle-print palazzo and kurta is one of its signature designs.

The label is also a pioneer in gold foil printing, a trend that has caught on in the industry. Overall, the styles are a mix of Western, Indian, and fusion.

The brand ships across India and the world. As a bootstrapped startup, it has made a significant revenue of Rs 1 crore for FY 2017-18, and processes around 500 orders a month. It is looking to double its revenues this year.

Last year, Malvika’s brother Shreevar Goel joined the business as CEO and has been instrumental in establishing a strong online presence for Purple Panchi.

As a self-taught designer, Malvika admits that it’s not been an easy ride. “I had to go to different places and meet different vendors like the dye-er, printer, tailors, karigars, all on my own. I believe that my ability to understand art and design has helped reach so far,” she says.

In the immediate future, the brand is looking to expand in the offline space with more collaborations and partnerships. “We want customers to come to the store and touch and feel the fabric, that is very important to me,” Malvika ends.