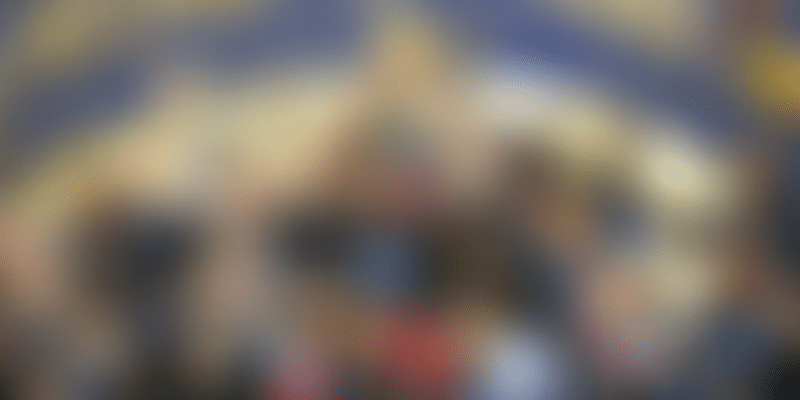 The FIFA World Cup 2018 saw a series of exciting matches right from the start. The spectacle showed how tactically varied some of the teams were. For many of us in the startup and corporate circles, there were many lessons to be learned from the football extravaganza. Here are some of the key lessons:

The strongest team on paper had to convert its top billing into a fine performance, and that is exactly what France did in this FIFA World Cup. With a line-up that included Antoine Greizmann, Kylian Mbappe, Paul Pogba, Oliver Giroud, Raphael Varane and Samuel Umtiti, France had everything going for themselves. But as we have seen in the past, very often, in World Cup, such star-studded line-ups dish out ordinary performances as they struggle to come together as a unit.

Coach Didier Deschamps did not allow that to happen. He reigned in the squad, did not allow it to go haywire, and adopted a system that was largely efficient, with sporadic bursts of brilliance. Players like Greizmann and Giroud often fell back to help the defence, while the midfielders - Mathiudi and Kante - ran all 90 minutes to fill the gaps that were opening up. There were no star studded tantrums or trying to do the impossible. The focus was on forging the right team combination and getting the tactics spot on. The eventual World Champion never appeared to strain an extra sinew, as it took apart teams like Argentina, Uruguay, Belgium, and Croatia, gaining extra space with precise passing and intelligent off-the-ball running.

The indomitable spirit of a small country with hardly any population will remain the biggest story of this World Cup. A war-torn nation trying to prove its mettle among a galaxy of football super powers is such a romantic story. Led ably by captain Luka Modric, Croatia often had to claw back from behind, in a testament to its fighting spirit and never-say-die attitude. The fact that they won three knock-out matches in overtime showed their mental strength under immense duress.

The team had a clutch of stars in Ivan Rakitic, Ivan Perisic, Mario Mandzukic and Luka Modric, but it was their self-belief and team play that got them to the finals.

Key lesson: Protect your weaknesses by overplaying your strengths

It had a brilliant squad, dubbed as the golden generation. With players like Eden Hazard, Kevin De Bruyne, Romelu Lukaku, goalkeeper Thibaut Courtois and Vincent Company, Belgium was one of the top teams of the tournament. If there is one thing that worked for them, it was sticking to a plan. The coach Martinez had devised an attacking plan, built on fast movements and skillful midfield play.

The substitutions were always on the money, with Nacer Chadli and Marouane Fellaini coming into create and score goals. It was clear that it was a well-drilled team that was playing on top of its game. Every move seemed to have a plan and purpose and the multi-cultural team showed why creativity was still so important in football. Losing narrowly to France in the semi-final was no disgrace, after giving a stellar account of themselves in the tournament.

Uruguay had only three world-class players at its disposal - defender Diego Godin and attackers Edinson Cavani and Luis Suarez. It was very clear from the start that these three-star players will have to play out of their skins for Uruguay to make a mark. The trio inspired the rest of the team to great heights, as the team often played at a level many did not think they could achieve.

While Godin made sure the defence was top class, the combination of Cavani and Suarez in front allowed Uruguay to score some outstanding goals. Their link-up play was outstanding and showed how games can be won with just a few brilliant spells.

Key lesson: In a crowded space, it is important to punch above one’s weight

Many would wonder how England made the cut here. Their semi-final appearance shows how important is to have luck on one’s side. They had an easy first round, having to face teams like Panama and Tunisia. Later, they had to face Sweden. The only good team that they managed to beat was Colombia, that too when its star player James Rodrigues missed out. They were beaten by Belgium twice, once in the opening round and later in the match for the third place.

England’s semi-final showing is an example of how it is important to avoid huge clashes. With Germany and Spain losing out early in the tournament, England had an easy passage.

Key lesson: Whatever may be the situation, luck plays a big role.