Impacting 1,000 lives every week, how a youth collective in Mumbai is creating change 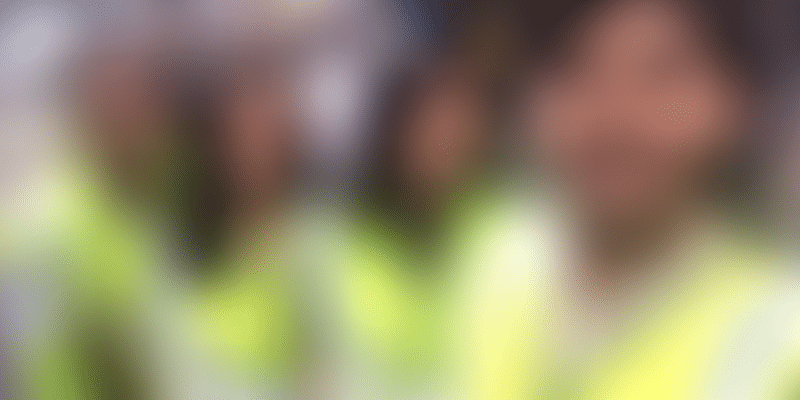 Started in 2016 by Pankaj Thakkar, the 'We Can, We Will' group works for the welfare of the neglected in Mumbai. The collective of over 150 youths organises educational seminars, health programmes, food distribution drives, and blood donation camps.

It wasn’t a festival; but a celebration to watch the Ranbir Kapoor starrer Sanju.

Shivaji Bane, Dipak Nivalkar, and Amruta Kolkar were among the hundreds who stepped inside a movie theatre, Maxus Cinemas in Borivali, for the first time in their lives.

“We could never afford to go to a theatre, and when the We Can, We Will team approached us, it was more of a curiosity for us. We got this opportunity. We are ragpickers, we stay in a chawl, live in a cramped crowded place, and even if we can save up the money to go to a theatre, we were afraid of the societal pressure,” 35-year-old Shivaji says.

This idea was thought of and put into action by a group of college friends who spend their weekends working for the welfare of the economically weaker sections of the society through arts, education, and health awareness programmes.

“We aren’t an NGO or a trust. We believe that you do not need to be an organisation to bring a change; just a group of friends can do it if they have the passion. We wanted to bring a change in the society, and were dissatisfied with the current situation of majority of the people who live in Mumbai.”

Started in 2016 by Pankaj Thakkar, what started as an initiative by six friends to spend their free time productively, has now become a collective of over 150 youth, between the age group of 16-22 years. Together, they are impacting over 1,000 lives every week.

A Class 9 dropout, who completed his board exams in private, Pankaj did not have multiple avenues and options to get educated. Having faced difficulties early on, Pankaj realised the problems related to the accessibility of education and securing a job.

“It is not the mistake of kids who are forced to go through it,” he thought, and this became his motivation. "If there is no change, I shouldn’t be alive. I felt I should do something for the society, rather than complaining,” he says.

In 2016, while he was finishing his diploma in civil engineering, he and his friends started to spend their weekends in slums — they taught 60 children at a temple in Kandivali one weekend; the next Sunday was spent distributing breakfast to 300 people in nearby areas. With each passing day, their visibility on social media grew, and many students expressed their interest in being a part of this initiative.

The key focus of the team was education and the group would conduct various seminars on personality development, life skills, and vocational training for schools including St Lawrence, Pancholia, Anandibai, and Mother Teresa schools.

“In fact every Saturday we go to Mother Teresa High School and take lectures for students in Classes 5 to 10 and cover topics that aren’t included in their academics - Money Management, Stress Management, Good Touch Bad Touch, Memory Mind Games, and Personal Development,” explains Harsh, a volunteer.

Presently bootstrapped, the team, comprising over 25 active volunteers, has expanded its work to distribute fruits to patients at Shatabdi Hospital, distribute breakfast to hospital staff and patients’ relatives, and construction workers, auto drivers, and labourers working in Kandivali.

All this has been made possible through the robust volunteer network the group has created.

“We are very open, working on different sectors. We focus mainly on education and having a special curriculum not taught in schools,” explains Darshan Mahajan, a 23-year-old theatre artist.

Starting at 10 am, Darshan, along with a few other volunteers, conducts workshop and activities for children. These include working with origami and clay; and music, dance and singing workshops (including beat boxing and djembe drumming). The team has also taught children self-defence and created awareness about Good Touch, Bad Touch.

“We try to do something different every week to give them unique exposure. We also sometimes invite people to give them talks on specific subjects,” Harsh says.

Their other activities include:

“The principal of Mother Teresa School has tasked us to teach and guide Mahesh Kumar, a Class 10 student, who barely passed his exams and he failed in a few subjects. We, the volunteers, gave him intense training for a year, and this year, he passed with 46 percent,” Harsh shares proudly.

The young team hopes to convert their group to a formal NGO, raise funds for their initiatives, and expand. Currently, their work is widely spread across Kandivali and Borivali.

We Can, We Will’s dream project is to do something for children who are begging on streets. Pankaj wants to build a place where street kids can gather, spend time, and learn something.

“At this age, we found these many issues in our locality, and we are working on them. We keep finding new locations and trying to solve problems. They are same human beings as us, and they also have the same mind and body. They can achieve more than us, then why should only we dream,” Pankaj concludes.