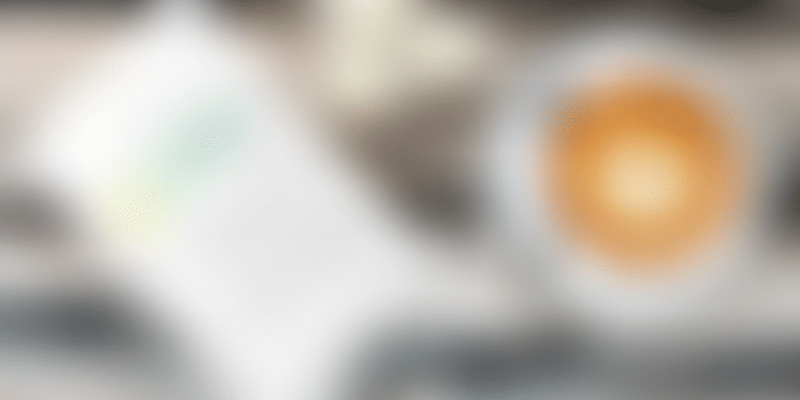 Innovators can learn a lot from other successful innovators and inventors, especially the breakthrough serial innovators who are regarded as widely influential in their fields. The new book, Quirky: The Remarkable Story of the Traits, Foibles, and Genius of Breakthrough Innovators who Changed the World, is a must-read book for entrepreneurs and innovators, and also has relevant insights for parents and teachers.

Based on analysis of their professional contributions and personal lives, she identifies the following traits for success - separateness, extreme self-confidence, creative mindset, a call to higher service, driven to work, harnessing trends, and access to resources.

These eight individuals generally share an almost maniacal faith in their abilities, passionate idealism, and social detachment to break with norms. They may be regarded as quirky, rebellious, radical, or cranky, but have undoubtedly made a mark with their innovative flame.

The book is a welcome addition to the other biographies of innovators, and compilations of innovator profiles. Melissa’s comparative analysis weaves threads across all the eight innovators in a systematic, insightful and fun manner. (See also my reviews of the related books Originals, Gamechangers, The Moonshot Effect, Multipliers, and People with Purpose.)

Prof. Melissa Schilling is the author of Strategic Management of Technological Innovation and Strategic Management: An Integrated Approach. She has also published a number of papers on innovation, creativity, alliances, and modularity, and has won the National Science Foundation's CAREER Award.

I have summarised the seven innovator traits in Table 1 below. The 318-page book has one chapter devoted to each of these traits, and is thoroughly referenced. The concluding chapter shows how these seven principles can be applied in management and parenting.

The writing style is a mix of academic research and biography, though there is some repetitiveness across the chapters. It would have been good to also have formal definitions of creativity, invention, innovation and entrepreneurship, and the connections and differences between them.

“All of the innovators pursued their projects with remarkable zeal, often working extremely long hours and at great personal cost,” Melissa explains. They made the most of their creativity, originality, effort, persistence and situational advantage.

They believed their goals were “honourable and valuable,” and had a “drive and single-mindedness that helped them avoid getting caught up in other interesting problems.” Their original ideas were hard for others to follow or even understand, which is why they felt they were the only ones who could bring the ideas to life even in the face of opposition and at the cost of their health, leisure and personal lives.

Elon Musk did not come from a wealthy or well-connected family, but as a child was absorbed in books. He created his first video game at age 12, and became a millionaire at 28 when he sold his startup Zip2 to Compaq. He dropped out of Stanford to enter the world of digital payments (X.com and PayPal). Though an outlier in the space industry, he went on to develop reusable rockets for the purpose of colonising Mars. In the process, he also launched companies focussing on electric cars, batteries and solar energy. He has been described as an “entrepreneur on steroids” and a “walking moonshot,” with a tremendous “ability to take pain.”

Nikola Tesla (after whom Musk’s car company is named) grew up in Croatia and was a child prodigy. He came to the US nearly penniless, but was responsible for over 200 inventions in electrical energy and communications. He worked obsessively late at nights, with little social interaction. His vision of AC electrical systems clashed with Thomas Edison’s DC strategy, but he was inept at commercialisation. He was more of an intellectual scientist than a cunning businessman.

Albert Einstein wrote four breakthrough papers in a four-month period, at a time when physics departments turned him down for an academic post and he was only a patent examiner. He was not inclined to publish “safe” papers, and challenged the work of respected physicists. He also had a “child’s gift of awe at the wonders of the universe.” He eventually promoted causes like pacifism and disarmament.

Marie Curie grew up in Poland when Tsarist Russian occupation was suppressing Polish culture and language. Women could not attend university in Poland, and so she went on to study in France. Her research led her to discover radium and polonium, and identify radioactivity as an atomic property. She was the first woman to win a Nobel Prize, and the first person to win Nobel Prizes in two different fields. Her husband, Pierre, was a physicist and his work in electrometers helped Marie’s discoveries. She later on developed mobile X-Ray units, which she set up with her daughter Irene (who would go on to win a Nobel prize as well).

Benjamin Franklin grew up in Boston; his Puritan father was a candlemaker. He developed skills in writing and oration, and went on to become a diplomat, scientist and promoter of social innovations like street lighting and public lending libraries. He also wrote up a list of 13 virtues of life, which he attempted to master (eg. temperance, frugality, justice, humility).

Thomas Edison was a voracious reader and began to tinker in the home lab right from a young age. He discovered his entrepreneurial skills early, and opened two stores at the age of 12. Regarded as the “Napoleon of invention,” he would eventually be awarded 1,093 patents in the US and 1,200 internationally. He was partially deaf, and was such a hard worker that he would often sleep on his lab table at night.

Steve Jobs saw the computer as a means to revolutionise human cognition the way bicycles revolutionised mobility. His faith in his abilities led people to say he had a “reality distortion field.” He was comfortable with his unconventional behaviours such as extreme diets and intense staring; he was also difficult to work with, openly mocking employees on occasion. He was influenced by Zen Buddhism, and his zealous pursuit of design earned Apple intense brand loyalty. Jobs successfully rode the digital and counterculture trends in Silicon Valley, and despite being fired from Apple, he went on to resurrect it in a legendary comeback.

“His gift of imagination and intuition helped him conceive amazing product ideas; his passion and tenacity brought them to life,” says Melissa. She draws out common threads connecting the eight innovators, as described below.

“Solitude is valuable for creativity,” explains Melissa. It also played an important role for famous writers from Thoreau and Dickinson to Kipling and Kafka. Innovators are comfortable being alone for extensive periods of time, and thus may be introverts.

Having individual time reduces exposure to homogenising norms, and enables formation of original ideas, opinions and expertise. “Time alone and separateness can thus increase both the opportunity to develop divergent ideas and the willingness to be non-conforming,” says Melissa. But it can also reduce access to external networks and resources, and thus a balance is needed.

“Self-efficacy is a sense of task-specific self-confidence,” Melissa explains. It is reinforced by the innovator’s own early successes and wins in life, as well as through role models and others’ inspiring achievements.

Such confidence can lead to faith and even stubbornness in the face of criticism and opposition. Innovators are not necessarily risk seeking or risk tolerant, but have a different assessment of risk based on their own self-efficacy as compared to others.

Creativity, intelligence, innovativeness and genius have notable overlaps, but are quite different. Creative people are more open to random associations, and draw from various fields such as arts. They can hold multiple ideas simultaneously and work with all of them, Melissa explains.

They have powerful working memory and long-term memory, and are polymaths with skills in multiple areas. They have a strong drive to find fundamental principles in their domains, and are able to make large leaps of cognition.

The innovators showed nearly superhuman commitment to their endeavours, and were driven by passion and idealism. Idealism, dreams and unselfish interest helps focus on long-term goals, and make appropriate decisions.

Idealism creates satisfaction with and connection to a larger vision, and justifies sacrifice and austerity. While a spirit of idealism should be nurtured in society, Melissa also cautions that misplaced idealism has led to war, terrorism and even genocide.

Melissa observes that the ethos of hard work was instilled by the innovators’ parents; they were industrious and tenacious, and not complacent. The innovators would build on this and set challenging goals for themselves.

They found pleasure in the feeling of work itself, and found joy in being fully engaged in a task, losing a sense of time and self-awareness (described as ‘flow’ by psychologist Mihaly Csikszentmihalyi).

6. Opportunities and challenges of an era

The innovators also happened to be in the right place at the right time, eg. the rise of electrical energy, the dawn of the computer and Internet era. Though thousands of other innovators were also active during such times of change, few achieved the success and stature of Edison, Tesla or Jobs.

The presence of such opportunities and situational advantage is a necessary condition for successful innovation, but not sufficient. It calls for drive and aptitude that only the breakthrough innovators had.

The broader ecosystem of innovation includes investors, capital markets, and educational institutes. Silicon Valley is the prime example of a supportive ecosystem for the rise of innovators such as Jobs and Musk.

The Homebrew Computing Club was a good breeding ground for techies and entrepreneurs, and companies like Xerox spawned many of the innovative ideas of the times. The other profiled innovators drew intellectual and technological resources heavily from books.

The above analysis has important implications for organisations, and parents as well. Individuals should be allowed to work on their own on some ideas before engaging in collaboration, eg. in Google, 3M. Activities should not be overscheduled for children. Social skills as well as individualism and independence should be encouraged.

Individuals should be allowed to tackle challenges on their own, without being “rescued” when they face obstacles. Too much assistance can reduce the ability to solve problems independently.

More access to technological and intellectual resources should be given to the public, eg. libraries, digital assets and incubators. People should be judged for jobs by their passion and aptitude, not necessarily their looks or formal education.

Companies like Pixar give creative people considerable autonomy, while also creating forums for peer review. CERN lets proposed solutions be developed for a while before comparing or judging them, because some solutions may appear inferior at first but become better later.

Intelligent but bold failures should be celebrated, eg. failure parties and awards at Eli Lilly and Tata Group. Non-specialists should be encouraged to engage in science, without of course devaluing domain specialists. Community labs and makerspaces are good platforms in this regard, eg. BioCurious, GenSpace, BOSSLAB.

“There are valuable reasons to signal that being unconventional is acceptable. By embracing weirdness, we might better allow the natural creativity of people to flourish,” Melissa recommends.

“Understanding what makes breakthrough innovators special simultaneously reveals that there is much we can do to nurture the innovation potential that lies within us all,” Melissa signs off.

It would be appropriate to end this review with some of the inspiring quotes in the book:

Be a loner. That gives you time to wonder, to search for the truth. – Albert Einstein

Don’t tell me it’s impossible. Tell me you can’t do it. – Dean Kamen

Work made the earth a paradise for me. – Thomas Edison

Being the richest man in the cemetery doesn’t matter to me. Going to bed at night saying we’ve done something wonderful – that’s what matters to me. – Steve Jobs

If something’s important enough, you should try even if the probable outcome is failure. – Elon Musk