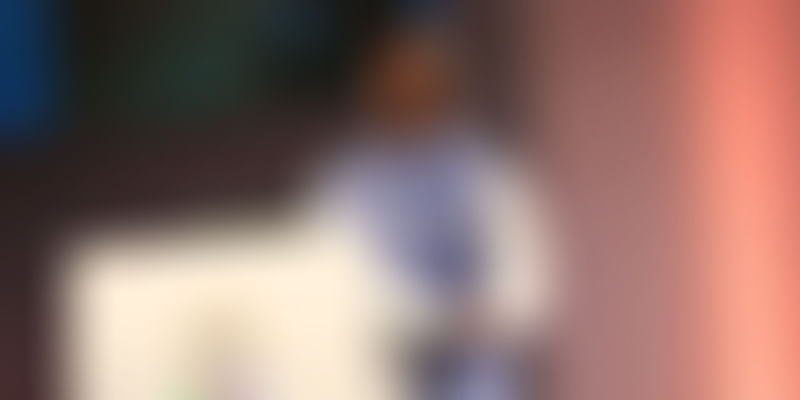 Karnataka’s new Minister for Social Welfare aims that the weaker sections of the society aspire to become entrepreneurs.

Over 200 people visit Karnataka’s new Minister for Social Welfare every day. His new position covers a wider gamut of duties and areas than in his previous stint as Minister of IT and tourism.

Priyank Kharge, who won this year’s state elections from Kalburgi, is settling in his new role under the Congress-JDS government in Karnataka.

In fact, the social welfare ministry is also close to his father Mallikarjun Kharge’s heart, who served as rural development minister in 1979.

In an interview with YourStory, Priyank speaks on his new role, and the challenges ahead. He says he is optimistic as Karnataka is perhaps one of the few states with a large corpus for the upliftment of the under-privileged.

During 2008-2013, an amount of Rs 9,542 crore was allocated to the Social Welfare Department. This year, the government has earmarked Rs 23,798 crore. This year, in the state’s budget, Rs 8,593 crore was also allocated for the welfare of scheduled castes (SC), scheduled tribes (ST), other backward classes and minorities.

YourStory: Karnataka has the highest budget for weaker sections of the society. In your new role, you have to ensure that the department lives up to its promise.

Priyank Kharge: Karnataka has the highest allocation for the underprivileged. Every government department has to spend 24.1 percent of its allocated budget to help them. We have to ensure that the money is used in a timely manner. The officers have to deploy these funds. The whole idea is to build proper infrastructure for the weaker sections. The government allocates funds based on population. Eighteen percent is spent on backward castes. My priority will be economic empowerment, education, and infrastructure development.

YS: When you talk about economic empowerment, do have a roadmap in mind?

PK: I have decided to upgrade all the hostels. There are 3,500 hostels run by the government, and these are in the form of residential schools. I want to ensure that the infrastructure is good, the curriculum is standardised, and soft skills training imparted to teachers and kids.

I also want to ensure that the weaker sections live better; so, we have announced Rs 1360 crore for development of SC/ST colonies. Of this, Rs 800 crore grant has been provided in the Mukhya Manthri Development Programme in the 2017-18 Budget. For basic infrastructure facilities in minority colonies in 30 districts, an action plan was prepared and Rs 400 crore has been utilised.

This new portfolio is very challenging because you are handling a population that has remained weak for generations. My task is to ensure children from these sections are employable and for that, we have to create employable skill sets. I have to ensure every skill shortage is addressed. For example, we have to map out shortage of skilled workers for vocations such as plumbers, carpenters, and beauticians. My aim is to make these people aspire to be employed or become entrepreneurs. I have to also facilitate the training required for them to become entrepreneurs.

YS: What kind of work does the government want to undertake this year?

PK: The government has taken action to recruit 3,561 different posts in the social welfare department. In 2018-19, various schemes will be taken up at a total expenditure of Rs 6,528 crore by the Social Welfare Department. For weaker sections, the monthly training allowance for law graduates will be increased from Rs 4,000 to Rs 5,000. The government has also announced various schemes to benefit the unorganised workforce.

YS: As the social welfare minister, you are still talking to corporate entities?

PK: I am talking to a lot of corporate organisations for collaborations for training and outcomes. I need all the support I can get to make rural people to think like entrepreneurs. All jobs or entrepreneurial roles need not be in technology alone.

There are opportunities in branding agri produce, and I have to ensure that there is market linkage for the same. I am talking to NIFT to train women artisans. We already have an aerospace centre of excellence in Belgaum, and not many know that. In this role, I am largely thinking of smaller cities and not just Bengaluru. What I can say today is that every department needs to work together to make social welfare a reality, and to ensure that will be my biggest task.