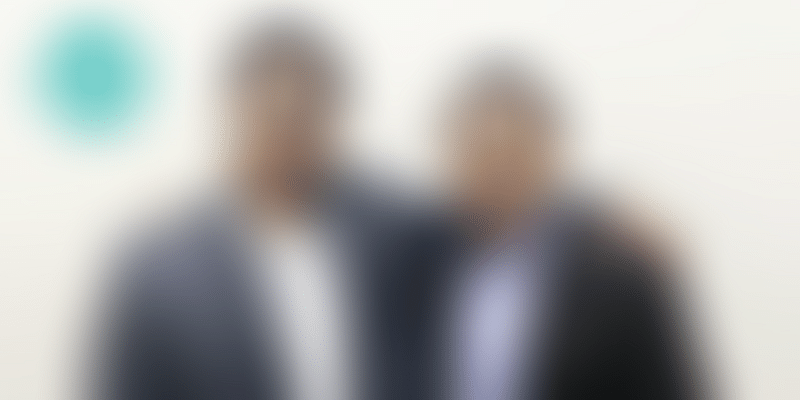 As parents, the worry about a child's progress in school is inherent. The guilt of not being able to actively track their children’s progress, especially during the crucial formative years, led two corporate executives to start up four years ago.

Gaurav Mundra and Madhup Bansal, with their engineering and management backgrounds, thought of building a solution around the problem of being able to track a child's progress in school. The plan was to get regular updates on a child’s overall performance at school, regardless of the time and location.

“Today, my work, bank details, entertainment, and even food, is available on the phone, so why not the school,” asks Gaurav, CEO and Co-founder, EduCommerce Technologies.

EduCommerce was set up in 2014, and it focuses on the education segment. The team has 15 members, including the two founders.

After extensive market research, the founders got in touch with hundred-odd schools, and met many parents. They realised the adoption of technology was lagging in the education sector, and went on to build an ERP (enterprise resource planning) system for a school.

Given the fragmented nature of the education system, with each school being an island in itself, Gaurav felt they had to bring in a technology solution that would bind all schools to solve some common issues.

Gaurav says that as part of the team's market research, they realised the education sector could be classified into three areas - Smart Class, which was capital-intensive and already had large players, Content, which again had many established companies working on it, and Connecting Schools and Parents, which was highly fragmented.

App to the fore

In short, EduCommerce's aim was to build a cloud-based technology platform where information could be shared between a school, parents and the children, regardless of the device.

Gaurav says the initial response from schools for the software product ranged from “brilliant to absolute rubbish”. The partners reasoned with the schools that they not only offered a software solution, but also brought in higher efficiencies.

EduCommerce also received a strong platform in the form of Rajasthan government’s iStart programme, which is focused on nurturing innovation and entrepreneurship in the State.

Mundra says, “It is a very good initiative from the government as it gives us a platform to showcase what we have done in the state of Rajasthan. When the government talks about you, it really makes a lot of difference.”

He went on to add that when there is a mark of approval from the government there is a world of difference to their entire venture. “This platform brought a great set of mentors and the constant interaction with government officials has really helped,” he says.

At the same time, EduCommerce also received support from the Rajasthan government in the form of Qrate assessment initiative, which is a kind of scorecard for startups. Mundra says, “It is an interesting programme as it is not just an assessment of who you are but the intent is to take you to the next level. It has helped each company in a very personalised manner.”

EduCommerce works on a subscription model and has 250 schools as paying customers. It also has some referral payments from third-party service providers like Paytm. The company has a presence in the National Capital Region (NCR), West Bengal, and Jammu & Kashmir.

“The good thing is that we were able to acquire these customers without any physical sales presence, as we invested extensively in digital marketing. Now, we are putting up a physical sales model also,” Gaurav says.

He notes that it was good that the company had acquired some customers at a low cost, as physical sales would provide it the bandwidth to get a large number of clients, and give it a platform to seek bigger deals.

He describes the entire process of building a product and implementing it in various schools as a great journey that comes with a lot of learning. “The biggest satisfaction we have today is that customers are renewing the product subscription, and it gives us confidence in the product. Selling is easy, but sustaining that is difficult,” he adds.

However, there were many challenges for the startup, and Gaurav and Madhup struggled to get the right set of customers. “The challenge is you want to take the product in one direction, but the school takes it to the another, and we are stuck in the middle,” Gaurav says of this common issue that most edtech companies face.

EduCommerce sees vast potential in the Indian market, and has also received interest from Africa and Southeast Asia. The edtech sector where EduCommerce operates in is currently estimated to be around Rs 300 crore annually.

The startup has so far raised a total of $100,000 in angel funding, and from SIDBI. Besides, it has also received a collateral-free soft loan of Rs 10 lakh with five percent interest rate under the Rajasthan government’s Bhamashah Techno Fund programme, a Rs 500-crore corpus dedicated to startups.

On their future plans, Gaurav says they want the company's Myly app to be a one-stop delivery platform for schools. This would mean integrating third-party products and services, like payments and GPS tracking, on to the platform. “The next big thing we are looking to do is content, where we will not create it but deliver it,” says Gaurav.

“Earlier, all the information was in the hands of the school administrator, but now, it is with the students, teachers, and parents,” he adds.

The future looks bright for the company. “Our platform gives us the opportunity to provide new and meaningful insights, given the data we handle,” Gaurav says.

Talking about the key differentiator, Gaurav says that in a market that is quite fragmented, with more than a dozen players providing such solutions, EduCommerce’s app Myly's USP lies in its ease of use, where even those who are not adept in technology are comfortable using it.