On our 72nd Independence Day, let's pledge to come together to solve India’s complex problems 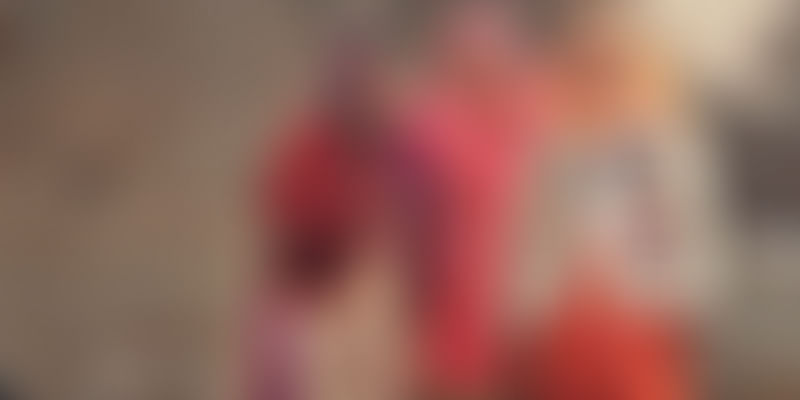 ‘For every complex problem, there is an answer that is clear, simple, and wrong.’ —H. L. Mencken

As societies grow complex, the problems they face have become increasingly complex too. Social and human issues — given their multi-layered intricacies rooted in social norms and hierarchy, culture, and several other factors — are not amenable to a simple or simplistic solution.

This does not mean that simple and elegant solutions are impossible. While it is true that sharp thinkers often zero in on simple solutions, a certain class of complex problems tends to defy simple solutions. What are some of the characteristics of a ‘complex problem’, and how do you go about solving them?

To understand this we, caught up with Shiv Kumar at his modest office in a quaint and charming suburb of old Bengaluru. Shiv Kumar is not new to complex problems. He has spent a lifetime grappling with them. In an era when the quantum of funds raised is an important measure of success, it may help to mention that he’s raised over a billion dollars of funding, loves anonymity, and spends all his time solving seemingly unsolvable problems.

YourStory: How would you define a Complex Problem?

Shiv Kumar: I would define a complex problem as one that has the following characteristics: a) any solution to the problem involves difficult trade-offs b) there are multiple stakeholders whose interests are often at loggerheads, and c) market mechanisms do not easily work.

YS: Can you give us some examples of Complex Problems?

YS: Let us take the last example, and discuss this in some detail. To start with, tell us why would you call it a complex problem?

SK: The market size is $300 million per annum. Given the Total Addressable Market (TAM), it would appear that entrepreneurs would be vying to address this problem, and VCs eager to fund them. But that is not the case. The reason is straightforward: The solutions are complex, and the outcomes uncertain - the belief that this problem needs to be solved is not easy to come by, and the path to scale and profitability are totally uncertain even though sex workers themselves would be happy to pay for well designed and well-executed solutions.

YS: So, how do you solve a problem like this?

‘When we are able to combine capacities of the community with the efficiency of a market, overlay it with the commitment of great facilitators and power this by the reach of the state, then deep and sustained impact is possible’.

Now let’s see how we can apply this principle to solve this particular problem.

My team has been working with women sex workers in Bengaluru for a while. In the beginning, we had a limited understanding of the pain and suffering these women had undergone. We did not recognise that they were just surviving with the hope that someday they and their children could lead a better life. We did not appreciate that they didn’t need answers from us. They just needed the know-how and enabling to find the right answers to their problems.

Therefore, all our early attempts to alleviate their situation did not elicit sufficient enthusiasm. Our mindset was, “they are ‘beneficiaries’ of our programme and we know how to design the programme. It took some time for us to change this mindset. Things began changing when we began treating them as partners and equipped them with the know-how to solve their own problems. When we truly believed in them, the transformation was incredible.

When police harassment and violence was at its peak in Bengaluru in 2008, the women had several standard choices: Lodge complaints, file legal cases or organise public protests. They tried all of these. One woman leader, inspired by the popular Bollywood film ‘Lage Raho Munna Bhai’, decided to protest in the ‘Gandhigiri’ style that the film had popularised.

She sent flowers to the policemen who beat them up and also to their wives. This filmi-style action got public attention, and was followed up with a deeper dialogue with the police. Over a period of time, the violence reduced significantly. No one who is beaten up or fears being beaten up can live a dignified and healthy life. Once the violence subsided and their self-esteem restored, they began focusing on health and financial security.

In 10 years, they grew from a small 13-member organisation into a 13,000 strong organisation. They set up their own bank. They disbursed more than $2 million in loans and ran the bank profitably. They helped more than 150 children get admission into schools, reduced the incidence of HIV from 20 percent to 6 percent, de-addicted 1470 women from alcohol, and won several national and international awards for running an effective community organisation.

Today, they advise the government on health care programmes! This would not have been possible if we (along with the government) had not listened, respected and partnered with them. Working with them and at the same time, working for them was the magic recipe that worked.

While this example is about women sex workers, the lesson is applicable in most settings — whether working with children, fisher-folk, bullock cart owners’ association, salt pan workers etc. Deeper understanding of the community — how it is organised, their social norms, their motivations, their leadership and their constraints — needs to be factored into the solutions.

Respect for the community and belief in their ability to change their situation is the key. When those involved with helping communities begin to believe that these communities suffer from what is often referred to as ‘lack of awareness’, the outcomes are superficial and not sustaining. This approach also reeks of ignorance, arrogance and intellectual laziness.

YS: Terrific. So, are you saying market mechanisms that operate so beautifully in commercial ventures fail totally here?

SK: Markets are not always efficient. But when they work, they can deliver public good like no other. Markets fuel innovation and solve key problems efficiently with minimal intervention. Markets for low-cost reading glasses, sanitary napkins and books are examples of how markets can shape products, generate demand and create fulfillment without friction.

Healthy competition that a market engenders can create value for customers. While market mechanisms do not work equally well for all kinds of problems, it is extremely important to keep the market principles in mind while designing solutions. Ignoring them can mean introducing inefficiencies that can drain resources and eventually kill an initiative. Wherever market principles and mechanisms have been successfully married to concepts associated with the notion of social good, the results have been good. Amul is a great example and there are many others.

YS: One final question: What is one step you would call out for creating enduring solutions to complex problems?

SK: Collaboration between stakeholders. Collaboration is about bringing in complementary capabilities as well as introducing a strong component of participation and hence, ownership. The ability to foster high-quality collaboration is a rare gift and a time-consuming process.

So, it is tempting to find solutions with varying degrees of collaboration without going the whole hog. One can get a solution faster this way but the durability or quality of such a solution is questionable.

There are a hundred examples I can give you to illustrate this, but let me pick an example everyone can relate to: A classic example of how ‘collaboration’ was taken to its zenith while addressing a ‘complex problem’ was in the development and roll out of Aadhaar. R. S. Sharma, the Chief Executive Officer (CEO) of the Unique Identification Authority of India (UIDAI) project, took the learning on collaboration from Aadhaar to Telecom Regulatory Authority of India (TRAI). One can witness how TRAI has been involving stakeholders (including the public at large) in finding solutions to contentious issues such as ‘call drops’ or Facebook’s ‘free basics’ with such great effect.

YS: That was great. Thanks for your time!

Shiv Kumar is a social entrepreneur and institution/people builder. His experience is in the fields of health, education and livelihoods. He is the Founding Director of the Catalyst Group, and has helped countries and organisations successfully raise financial resources and effectively apply them to achieve intended results. He serves on the boards of numerous non-government organisations and business enterprises, and on several national-level task forces and technical resource groups. His maxim is ‘Act with urgency but be patient with outcomes’.