Rukamani Nair aims to make naturopathy a “way of life” 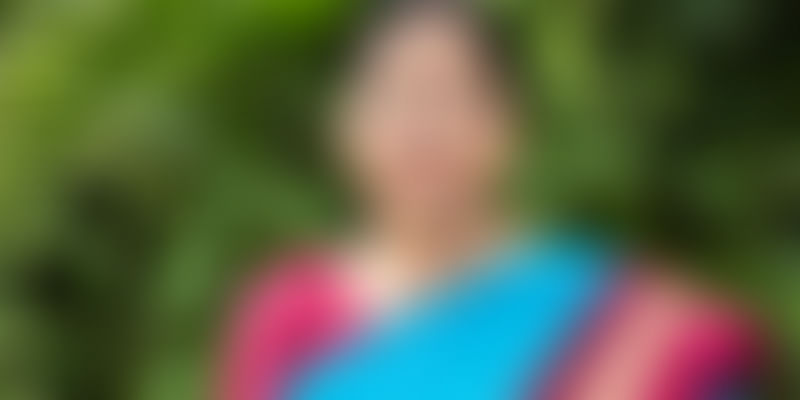 Naturopath to eminent personalities, Rukamani Nair believes naturopathy cures the emotional, mental and the physical states of a patient to bring about a lasting effect.

With the increasing incidence of many lifestyle diseases, naturopathy is fast becoming a much-sought-after alternative method of treatment. What perhaps works in its favour is that it is based on the theory that diseases can be successfully treated or prevented without the use of drugs, through diet control, exercise and massage.

Dr Rukamani Nair, founder of the BNCHY Wellness Medispa, - a premium brand offering of Bapu Nature Cure Hospital and Yogashram (BNCHY), is a pioneer in the field of naturopathy and a first-generation entrepreneur who has treated thousands of patients, including senior bureaucrats and cabinet ministers. She has also trained more than 10,000 people from the economically weaker sections of the society on naturopathy techniques, empowering them to earn livelihoods as therapists.

Rukamani’s initiation into naturopathy came quite by accident. Born in Kakching district of Manipur, she was the fifth in a family of seven children, where farming was the main occupation.

While pursuing her BSc from Imphal, Rukamani fell ill and was bedridden for three months.

“Since I was always a good student, my predicament impacted me deeply. I went into depression. One of our neighbours were going on a South India tour. Their daughter was studying naturopathy there. My brother knew the family well and pushed me to go with them. I went and discovered an interest in the science of naturopathy,” she recalls.

On naturopathy’s many benefits, she elaborates, “Naturopathy cures the emotional, mental and the physical states of a patient to bring about a lasting effect. It is based on the philosophy of 'healing power of the nature.’ Body heals itself if you give it enough scope. Our body is composed of five elements — earth or mud, water, air, sun, and ether. A healthy body has a right balance of all these elements. Any imbalance leads to sickness. Naturopathy therapies, diet, and yoga helps remove toxicity and balances all elements so that body repairs itself and then recover from the illness.”

After graduating from Osmania University in Hyderabad, Rukamani moved back to Manipur and her husband-to-be, Dr Nair, came to Delhi for work.

“We never had the intention of starting a business but we had talked about working together to promote naturopathy, and take its benefits to public at large. We decided to start a trust, and I moved to Delhi to run it to promote naturopathy therapies and Ayurvedic treatments. There were no major players in this field when we started, especially in this region. We also realised that in North India naturopathy and yoga were treated different from each other, while in the South, yoga is a part of naturopathy. We started with providing livelihood training to individuals so that they can become therapists. With time, we became a full-service wellness centre. We provide all kinds of Ayurvedic treatments, yoga, and naturopathy treatments, along with running a 50-bed rehabilitation hospital,” Rukamani says.

Since the hospital is registered with CGHS and DGHS, the Bapu Nature Cure Hospital & Yogashram has among its clients list – bureaucrats, public prosecutors, judges, IPS officers and politicians.

“For me, all my clients are equally important. It is paramount that I am able to help relieve their pain. One of my most ‘famous’ long-term patients was Manjit Kaur, wife of Dr Buta Singh, former Home Minister of India. She suffered from an autoimmune disease, but naturopathy helped her a lot. I have also treated Suvra Mukherjee, wife of Pranab Mukherjee, former President of India,” she says.

Rukamani is happy to see the attitude of people changing towards naturopathy. She believes, “There is a lot more acceptance now. The acceptance has followed awareness that is not only about the long-term health benefits of naturopathy but also about the problems with modern medicine. It is heartening to see a lot of young people looking toward naturopathy to deal with daily stress of life. They realise that only naturopathy offers a long-term sustainable solution to lifestyle induced problems.”

She also emphasises on the importance of mental wellbeing, especially when it comes to women. “Women manage their homes, work, society, and their families. Performing such multiple roles can be very stressful; as such, it requires them to have a strong mind, and thus mental wellbeing is important.”

Rukamani has five golden rules she insists her patients follow, and which works for all. “I recommend my patients follow five golden rules. One, sleep for seven hours a day; two, drink at least 2.5 litres of water a day; three, dedicate one day a week for a fresh fruit diet; four, dedicate one day a week for a raw vegetable diet; and five, earmark one hour every day for yoga.”