Success will come if you are good enough, says author Jaishree Misra 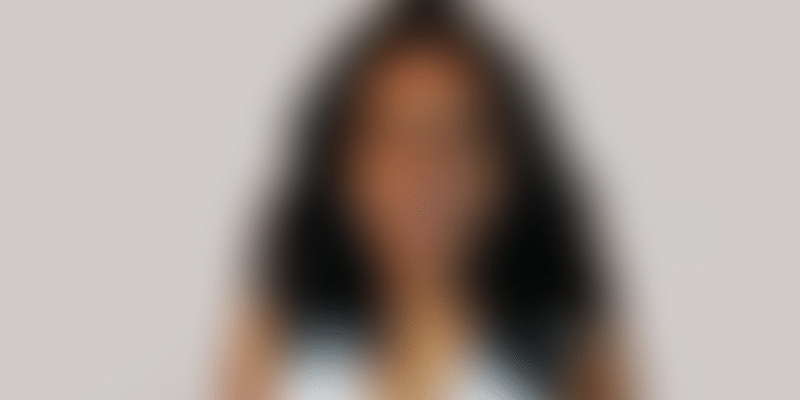 Author Jaishree Misra speaks about her latest book, her projects, life as an author, and the Indian literary landscape.

London-based author Jaishree Misra is best known for her debut novel, Ancient Promises, the story of a woman in search of her identity.

The protagonist starts off as an obedient daughter, enters the role of a wife which brings her no happiness, and, over time, is a guilty lover. Does she find happiness in the end?

Going by the number of readers who wanted the answer to this question, Jaishree’s first book became a bestseller in India, and was sold worldwide by Penguin UK. It is now a prescribed text for several BA English Literature courses. Many books later, Jaishree is a well-known name on the literary festival circuit. She runs several projects, and conducts writing workshops for adults and children.

In her latest book, A House for Mr Misra, Jaishree writes about a period in her life when she decided to build a house in Thiruvananthapuram. In her first non-fiction book, she chronicles the problems of trying to get her dream project underway.

Edited excerpts from an interview:

YourStory: Can you tell us about your latest book?

Jaishree Misra: A House for Mr Misra is my first non-fiction book, charting the couple of years my husband and I moved to Kerala to build a studio by the sea. This had been his dream for some time, but the onus fell on me as I was moving back to my home state and he cannot speak Malayalam. Hence the title.

YS: What are some of the funniest anecdotes in the book?

JM: It's a memoir and totally autobiographical. There were moments of high comedy, but also events that caused terrible frustrations, as anyone who has built a house will know. While I relished writing about some of our small triumphs, it was infusing those with comedy that brought me maximum pleasure.

YS: Can you tell us about your work with adults with special needs?

JM: The long-term residential home for adults with special needs that I helped set up in Delhi has taken off, and now houses 20 people. I should say that this was largely due to the energy and drive of a fellow parent, Shanti Auluck, who is a towering figure in the world of disability rights.

YS: Do you prefer writing fiction or non-fiction and why?

JM: Although fiction has been my literary home for several years, I must say I've really enjoyed my occasional dalliance with non-fiction, especially narrative non-fiction that can be told like a story. I did a few such columns for BBC Radio many years ago, and was reminded of that when I wrote House for Mr Misra. It feels like a lot less mental effort than the creative work of fiction.

YS: Many of your novels have women as protagonists. Do you keep a special kind of woman in mind while writing these stories?

JM: I think I like all female characters - reading about them and writing them. Women seem to offer many more interesting layers than men do. Without generalising, men are simpler characters and, while that makes for easygoing company in real life, they can be crashing bores within the pages of a book.

YS: What does it mean to be an Indian writer living overseas? How has the diversity of cultures influenced your writing?

JM: It's hugely beneficial to be able to slip between different worlds. While it really helps to describe a place or culture that one has been immersed in, strangely enough, I find it easier to write about a place once I'm far away from it - probably something to do with what Salman Rushdie described as 'stepping out of the frame in order to see the picture better'.

YS: Do you love writing?

JM: I'm not sure I would describe it as 'love', to be honest! It is more of a compulsion. Whenever I have not felt like writing, I haven't forced myself (give or take the odd deadline). Having said that, it is a privilege to have had my writing commissioned by leading publishers and, in many ways, being an author is one of the best jobs to have, as the timings are flexible and the job offers near-total independence.

YS: Who are your favourite authors and why?

JM: Vikram Seth wins that hands down. He is so versatile and intelligent and always engaging. I also love David Nicholls and Marianne Keyes as their books are a fabulous mix of funny and touching. And seemingly effortless.

YS: Would you say that young people are reading less than before?

JM: I really worry about the future of books and reading as people get drawn towards the varied pleasures offered by the Internet and Netflix. Not just young people, I think good old-fashioned reading is slipping down everyone's priorities. I even catch myself thinking, 'I'll just check my emails/Twitter feed' or 'I'll have a quick read of that article online' before picking up a book. That would never have happened in the past.

YS: Do you ever suffer from writer's block? How do you fix it?

JM: Yes, of course. And I've given myself full permission to not punish myself over this. I think it's fine to just take a good long break when writer's block sets in. Read other people's books, see lots of movies, travel, enjoy family and friends ... Life's too short to spend it agonising.

YS: What do you do when you’re not writing?

JM: All of the above. Family matters a lot to me and I genuinely adore hanging around my loved ones, enjoying the moment.

YS: What is your advice to budding writers?

JM: Persist. Disappointments are numerous, but you have to like the process of writing enough to not let it matter. Success will come if you're good enough.

YS: What are the new trends in writing today that you find interesting?

JM: I think it's laudable that Bob Dylan won the Nobel Prize for Literature, and a graphic novel and murder mystery have been short-listed for this year's Booker. About time someone took away all those straitjackets that have governed the world of literature for long.

YS: The Indian book market is full of books by unknown authors, but not everyone writes well. What is your opinion on this?

JM: If there are readers for any sort of writing, then there should be books to satisfy them. 'Good' and 'bad' are subjective terms, and the more variety on offer, the more exciting the marketplace, in my opinion. This should not be at the cost of books with literary merit, of course. Publishers are constantly having to juggle their literary fiction lists (that often don't sell in vast numbers) alongside commercial sellers (that many would consider 'poor writing'). It's a delicate balance, but I think most Indian publishers are doing a great job.

YS: What do you foresee happening in the world of fiction writing in India?

JM: The landscape has already changed dramatically in the past two years or so. Before Chetan Bhagat, Indian publishers were terribly snooty and would only consider publishing literary fiction. Since realising the sales potential offered by India's aspirational millions, they have completely revamped their outlook.

YS: What are your plans/books/projects in the near future?

JM: Since finishing my Kerala book, I've been thinking about a British one. Perhaps a light and amusing take on being Asian in Britain today. Nothing set in stone. But it's looking like non-fiction is beckoning again!