Trash out: People get together to clean the Himalayas 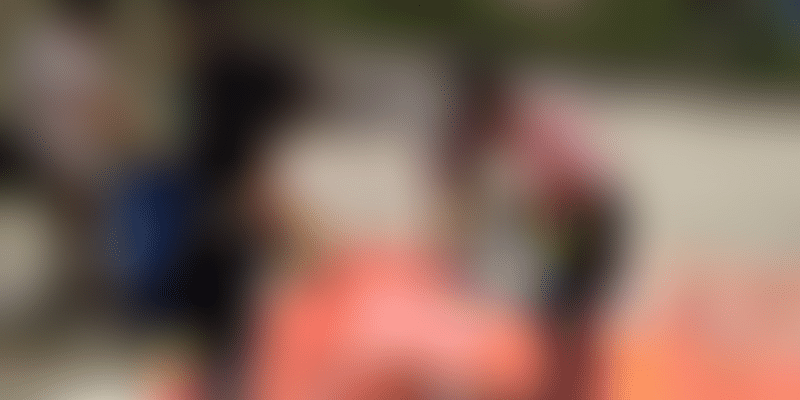 The Himalayan Cleanup where people collected and sorted trash threw up useful information on the main culprits behind trash piles in the Himalayas.

My first trek in the Himalayas was a transcendental experience. Even a decade after, I remember the intense beauty of every vignette I came across. That’s why I was excited about the Himalayan Cleanup, held on May 26 this year. More than 15,000 people participated in an attempt to spread awareness about plastic pollution in the Himalayas.

Roshan Rai of Darjeeling Ladenla Road Prerna (DLR Prerna), a developmental organisation in Darjeeling, is one of the people who made this possible. He is a part of the core team of the Darjeeling Chapter of Zero Waste Himalaya, a network of individuals and organisations across Bhutan, India and Nepal that look at waste solutions through the lens of zero waste. The goal of ‘zero waste’ is to not produce any trash that will need to be disposed off - an attitude that prioritises waste prevention over waste management.

Speaking of the Himalayan Cleanup, Roshan says, “WWF India, Eco-tourism and Conservation Society of Sikkim (ECOSS) and DLR Prerna responded to the call to beat plastic pollution by the Government of India on World Environment Day. This was done by roping in organisations and individuals for the Himalayan Cleanup on May 26. The response was overwhelming. All state organisations and individuals came forward for the cleanup. Over 200 organisations, 250 sites and 15000 plus volunteers took part in the cleanup and it continues.”

Like-minded people gathered for the cleanup

The modus operandi was simple. Zero Waste Himalaya, along with the Integrated Mountain Initiative, organised meetings in all the Himalayan states where they spoke of the issue of solid waste management and about the cleanup. Individuals and organisations interested in participating in it signed up for the cleanup over the preceding month and selected one spot in their area to work on. On the scheduled day, teams went to their pre-selected spots and spent two hours picking up and collecting all the litter they could find. Then they sorted the trash and measured it. The exercise went a long way towards generating awareness regarding solid waste management.

Gardinia Nongdri, assistant professor at the Martin Luther Christian College in Shillong, Meghalaya organised a cleanup team of 130 students at Shillong. They partnered in this work with the Public Health Engineering (PHE) department, Meghalaya. At 7:30 am on May 26, the group met at the Police Bazaar and proceeded to collect the waste. The amount of waste startled the students.

Earlier, the students were not too enthusiastic about the programme. But in the course of the event, Gardinia says that they were shocked to see how much they collected in an hour and wondered what would be the amount if they worked for a month. “Now they ask me when we will do this again,” she says.

The Shillong event had one non-student volunteer who surprised the organisers by casually walking up and signing on. Chochung Dema, a singer-songwriter who joined the students at the cleanup, says that she would have joined the cleanup no matter which city she was in since the problem was a Himalayan problem.

Across the Himalayas, after the trash was picked up, the volunteers sorted through the waste classifying it by type (waste audit) and by the company responsible (brand audit). The eyeopener came when the data obtained by sorting the trash was analysed.

Multi-layered plastics, the packets that our chips, farsan and biscuits get sold in, accounted for 63 percent of the trash. Single-use plastic items (disposable plates, glasses and the like) and PET bottles accounted for another 26 percent. This, more than anything else, illustrates the limited efficacy of the much-publicised government bans on plastic shopping bags.

Plastic bags are only a fraction of the problem. Not surprisingly, Hindustan Coca-Cola and Pepsico India led the count between them since they dominate the market for packaged snacks and soft drinks.

The results of the waste audit and the brand audit were presented at the Vigyan Bhavan by Priyadarshinee Shrestha, the team leader of the WWF-India Khangchendzonga Landscape Office, Sikkim and Roshan Rai during a meeting organised by the Ministry of Environment Forest and Climate Change as part of the World Environment Day.

Roshan says about the presentation, “The Vigyan Bhavan presentation went well but there was no commitment made by the Ministry. The data was further made public on June 4 at the Delhi press club along with data of other cities but no response from the 'offending companies' as yet.”

That is a shame since the Coca-Cola company had announced in January 2018 that they plan to go zero waste as part of their ‘world without waste’ vision. One can only assume that since the company has set itself a deadline of 2030, it does not see a need to respond today.

A month after the event, the sites have reverted to their usual state. However, cleaning up the litter was not the goal; the goal was to raise awareness about waste and the source of trash. Cleaning up litter simply cannot be done in one annual event of an hour’s duration. The problem is that of infrastructure and of awareness. Since there is a lack of space and funds for proper waste treatment plants, most mountain cities simply resort to dumping their waste down a designated slope.

“The solid waste management systems in the mountains are not geared to respond to this pileup and there was this huge challenge to figure out what to do with the waste that was collected,” Rai says.

“Care was taken not to add to the pileup with the volunteers not using any bottled water or packaged food during the cleanup. We also looked at informal recycling networks but for a majority of the sites, especially the far-flung ones, the question of what to do with the waste was of extreme concern. Thus the cleanup was a means of self-reflection as well as a tool to advocate for better management services and policies,” he adds.

Ram Wangkheirakpam of Indigenous Perspectives, an organisation in Manipur concurs. About a long-term solution to waste, he says, “Building consciousness among citizens is one thing, but corporations must be forced to pay for their externalities. Water bottle companies, tetra packs, multilayered packaged food and other companies must pay for the environmental cost. In the long run, the localisation of food is key. Food, when it has to travel far, travels wrapped in plastics.”

With governments believing that a ban on plastic bags solves problems and companies refusing to acknowledge the urgency of the problem, what is left is for each of us to do our best. Is that packet of processed food really worth it? Our mountains certainly deserve better.