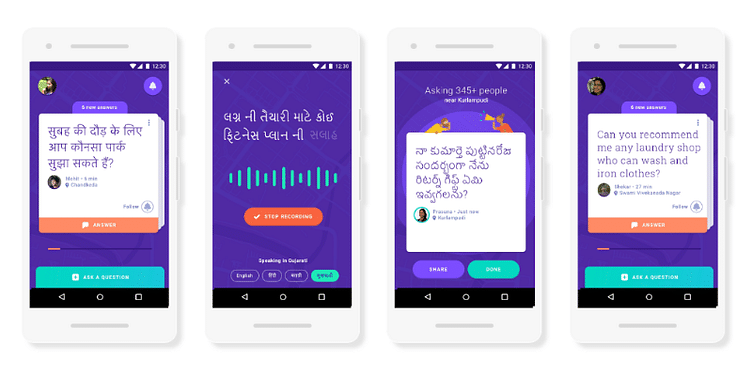 How well do you know your neighbourhood? Find out on Neighbourly.

About three months ago, Google launched a local crowdsourcing app - Neighbourly - in India. Neighbourly allows users to discover their neighbourhoods and localities by asking everyday questions to local experts.

Simply stated: it is a city guide on mobile, but one that sources neighbourhood-specific information, tips, recommendations, and guides from residents. Users can both ask and reply to questions on the Neighbourly app.

No question is big or small. Everything can be asked or addressed on Neighbourly - from finding a car mechanic and locating a nearby driving school to hunting down a good spot for photography or finding an inexpensive co-working space. Google says the “most up-to-date and accurate info” can be shared by “relevant neighbours” in real time on Neighbourly.

India is the first market where Neighbourly has been launched.

“In cities across India, it’s getting harder to get good answers to these questions because cities keep changing, including the people who live there. People nearby often have the exact information you need, but they’re too busy these days to stop and chat on the street or in the park… That's why we built Neighbourly, a neighbourhood app that helps you ask your neighbours questions, share local expertise, and keep up with your neighbourhood.”

Until last week, Neighbourly was accessible in Mumbai and Jaipur only. But, Google has now rolled it out in five more Indian cities: Ahmedabad, Coimbatore, Mysore, Vizag, and Kota. Going ahead it will be available in more cities and towns. If your neighbourhood isn’t listed yet, you can sign up on the app and express interest in the service.

In just three months, Neighbourly has notched up over 500,000 Play Store downloads, and is rated 5 out of 5 by users. (It is an Android-only app for now.) The app can process Q&A in English and eight Indian languages.

“From what we’ve seen, neighbours from different backgrounds and ages are eager to help each other by answering questions. In fact, some of our ‘Top Neighbours’ answer over 100 questions per week,” Google revealed.

YourStory takes a look at the Neighbourly app.

First up, you sign in with your Google id. Only your first name and profile picture (if you put one) is visible to your neighbours. The email id is hidden.

You have to give Neighbourly access to your location for it to tailor queries/answers as per your neighbourhood.

Only your neighbourhood name, and not the exact location, is visible to other users. You can also “change neighbourhood” via Settings at any point.

Queries are displayed as a stack of swipeable cards. You can either choose to “answer” a question or “ask a question” yourself.

In Mumbai, for instance, questions can be asked in the local language, Marathi, too.

You can click on individual cards to read all answers, like, reply, engage, interact, etc. Each question can be “followed” too. In that case, you are notified whenever someone adds an answer.

You can either type out a question/answer or record it. Google says, “Since 20 percent of users tap to speak a question, we’ve improved the voice input experience with better controls so you can ask and respond to questions in your spoken language.”

You unlock medals with every engagement (question or answer).

The medals determine the kind of neighbour you are. For instance, if you ask too many questions, you’re given the ‘Curious’ medal. If you answer questions within an hour, Google gives you the ‘Speedy’ medal. And so on.

Every question card comes with options that give more power to users. So, if you’re not interested in a particular question or would like to block a certain user, you can exercise the necessary controls. Each question card can be shared on social media platforms too.

In Settings, users are allowed to change neighbourhood, add/modify notification alerts, and take Google’s Neighbourly Promise. It is a pledge “to help create a friendly and welcoming environment for everyone”.

Lastly, but importantly, Google also allows users to delete all their Neighbourly data from within the app.

Who should use Neighbourly, and why

Anyone who’s moved to a new city and wants to get acquainted with the place will see immense value in Neighbourly. Consequently, anyone who is well versed with a neighbourhood or town has the opportunity to put the knowledge to use. Google puts no limits on questions asked or answered.

Neighbourly works in near real time, and is shaping into a neighbourhood social network of sorts where ideas and tips on food, fitness, beauty, schools, local shopping, current events, etc. are being discussed with fervour by residents.

“Neighbours value and want to hear answers based on personal experience,” Google states.

Additionally, the app is really simple, clutter free, and easy on the eye. The fact that it supports voice inputs, and in multiple Indian languages, removes entry barriers and makes it more accessible. Google has even kept the product very light (5 MB only) and has enabled support for older Android phones (which is what a large majority of India still uses).

Neighbourly is also fostering fascinating discussions, perhaps unforeseen by even Google. A user once put out a question asking if anyone was keen to join him for a movie at the local theatre. He got two willing respondents in an hour.

Neighbourly has the potential to become much more than it already is as more and more users across the country hop on to the platform. So, log in and catch up with a neighbour may be?