In a first-of-its-kind, India gets its very own indigenous underwater robotic drone 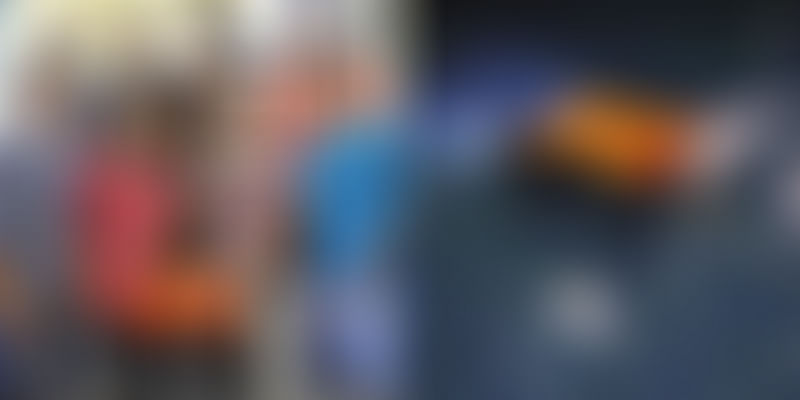 For the first time ever, India will have an indigenous underwater robotic drone. Named EyeROV Tuna, it is developed by EyeROV technologies, a Kochi-based company.

The company has already drawn the attention of the Naval Physical and Oceanographic Lab (NPOL) under DRDO, which has placed an order for the vehicle for its underwater research operations.

The need for a compatible underwater robotic drone was first addressed by Kannappa Palaniappan, when he was working as an onboard scientist with the National Institute of Ocean Technology (NIOT), Chennai. He had witnessed the mammoth task to survey the ocean floor and inspect the ship's hull with an enormous drone weighing a tonne.

In an interview with the New Indian Express, Rohit Sunderan, the Chief Marketing Manager said,

This motivated our chief technical officer (CTO) to present the idea to his collegemate Johns T Mathai, who was working with the Grey Orange Robotics at that time after moving from Samsung R&D.

With Johns T Mathai, an IIT-Delhi alumnus, Kannappa went on to pitch his idea to the Maker Village in Kochi, Kerala in 2016. After the successful pitch, they initiated their work on the prototype and initial proof of concept.

Now, with the launch of their commercial ROV, the team boasts of reputed advisors who have served in DRDO, Indian Navy and Marine Industry.

The underwater drone weighs merely less than 10 kg when compared to the existing drone weighing over a tonne. The ROV (Remotely underwater Operating Vehicles) has been developed on the lines of conducting various underwater surveys of submarine environments and its structure.

The ROV is developed to such an extent that it can be controlled by a laptop or even a joystick with ease. With the maximum limit of 100m depth, the ROV can survive the harsh and high-pressure underwater atmosphere.

To give a clear picture, the ROV is capable of capturing HD videos and images, thanks to its 6000 lumens LED lights. It sends the recording and the image instantly to the observers and controllers on land.

It can attain a top speed of 2-knot or 3.6 km/h, and can operate for over 3+ operational hours. It is also possible that in future it can replace the manual inspection by divers. Which is costly and also posses the risk to a diver's life.

Regarding its availability in markets, Rohit Surendran, the Chief Marketing Manager said,

The EyeROV TUNA is the product available in the market from the company. EyeROV TUNA is a highly versatile and modular ROV with an array of sensors and attachments possible.

Do you have an interesting story to share? Please write to us at tci@yourstory.com. To stay updated with more positive news, please connect with us on Facebook and Twitters