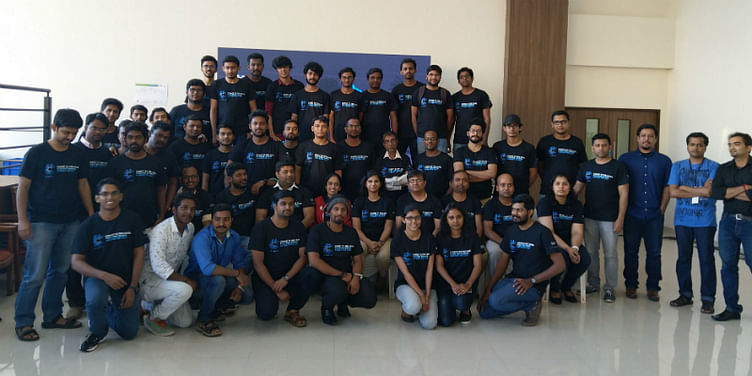 In August 2018, Kerala experienced catastrophic monsoon flooding, the worst it had witnessed in over a century. Official figures state that over a sixth of the population was directly affected. Other states too have been reeling under the impact of a particularly unforgiving monsoon season. While humans have made tremendous progress when it comes to technology, nature continues to disrupt lives. And while it may be impossible to completely avoid natural disasters, it is possible to mitigate the aftermath and suffering by taking precautionary measures and creating awareness.

This was the theme of the IBM Call for Code initiative, a worldwide, multi-year project launched to inspire developers to solve pressing global issues through sustainable technology solutions, and the recent Call for Code - Kerala Hackathon on September 7-8, 2018 at The Sports Hub, Trivandrum was another stride in the direction of making that happen.

The event saw several developers in and around Kerala coming together to code locally relevant solutions that could help in the prevention of, response to, and recovery from natural disasters. The hackathon, supported by the Government of Kerala, NASSCOM, and Kerala Startup Mission was a preparatory hackathon for the actual Call for Code challenge which is open till September 28, 2018.

Kickoff and sessions by programme partners

The hackathon kicked off with a welcome keynote by Seema Kumar, Country Head, Developer Ecosystem and Startups, IBM, who encouraged the attendees to come up with ideas that would have a positive impact. She highlighted the purpose of the initiative and announced that natural disasters would be the theme for the first year. In June and July, IBM had started working with developers across the country and visited various cities to host awareness sessions and hackathons on the topic. The sudden floods in the state prompted IBM to host the hackathon in Kerala, and Trivandrum was the obvious choice of venue owing to the number of IT companies and startups in the state capital.

Speaking at the occasion, Seema said, “When the Kerala floods took place, the whole initiative suddenly became very relevant and topical. Since it was just a few weeks since it happened and things were just getting back to normal, we weren't sure if we’d have the right response, or if people would be inclined to participate. But we felt this was the right time as the experience was very personal for the people out here, whether they were directly involved or it impacted their families. The idea is to build something for Kerala, or another country, or another place where such a situation occurs.”

The event comprised many informative sessions in addition to the actual hackathon. Shri M Sivasankar IAS - Secretary, Department of Electronics and Information Technology led a session on rebuilding human lives, economy and infrastructure, especially for small & medium scale businesses. He spoke about how the rebuilding activity in Kerala could take years, while emphasising that the relief effort was not just about rebuilding houses, but more to be there for those traumatised in the aftermath of the floods. He said, “We just went through hell, and I’m looking forward to solutions that can help us be prepared in the future.”

There were also sessions aimed at encouraging participants to share their problem statements and come up with ways to approach a problem and create solutions. Among these was a design thinking exercise led by Mandira Anand, Program Leader - Startups, ISVs and Partnerships, IBM India.

Speaking about one of the biggest challenges we face when coming up with solutions, Dr Saji Gopinath – CEO Kerala Startup Mission, Director Indian Institute of Information Technology and Management, Kerala said, “We usually look at large and visible losses of a natural disaster, but the small losses also should be looked into.”

The first half of the hackathon saw 12 teams coding solutions for over two days. On the second day, they had the opportunity to present their ideas to the jury consisting of Shachi Dhawan (Pitney Bowes), Ashok Madaravally (Pitney Bowes), Ganesh Samarthyam (CodeOps) and Seema Kumar (IBM).

The jury evaluated their ideas and gave the teams feedback on how they could further improve their solutions and use their skills to make a difference.

Some of the guest speakers also had the opportunity to showcase their products. Jancy Jose, MD and CEO, Strava Technologies, shared how her team was involved in the rescue operations during the Kerala floods. Strava Technologies is a Trivandrum-based startup that specialises in geospatial technology and cybersecurity. Jancy said, "Location was one of the biggest challenges for the defense teams, which included the Air Force, Navy, NRDF, and Coast Guard. A lot of requests were coming in and it was difficult to sort all the data and prioritise which team should go where. We used our platform CyberMonkey, a spatial analytics tool where the spatial location is quickly compiled in an error-free manner using location intelligence."

Based on the location where the request came from and the type of emergency, a team was dispatched to a particular area. "We were getting endless calls and every one of them was an emergency. As a team, we worked continuously for 18 hours. As a startup, technology aside, this was our first experience where we were so emotionally and mentally connected to the problem we were solving," she said.