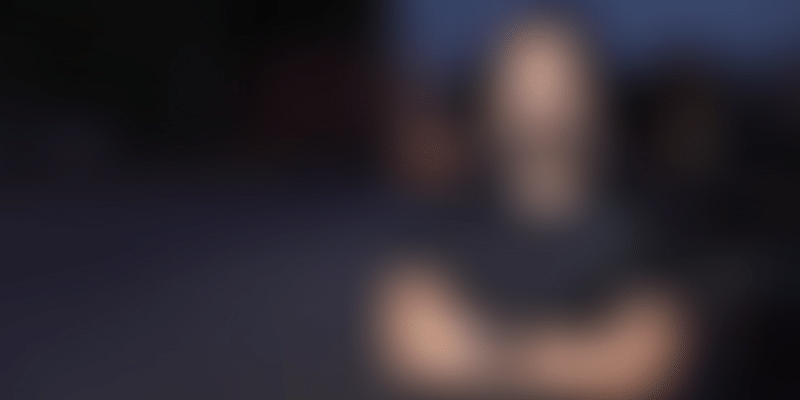 Jaipur-based Gxpress has turned profitable by focusing on the untapped pool of small sellers who are keen to sell their goods in the overseas markets.

Picture this: an NRI starved of beautiful Indian clothing where she lives covets a chikankari kurta from a small-time Indian seller based in Lucknow. But the logistics partner for the seller does not want to ship just that one item of clothing, as it does not make business sense to them. There are several such small Indian sellers whose products don’t reach their target audience due to the global logistics players’ unwillingness to ship small parcels.

This was a compelling business case for Praveen Vashistha, and he started Gxpress, a bootstrapped logistics startup based in Jaipur. With a ‘small is beautiful’ philosophy, Gxpress, which has been in business for two years, has tapped into this segment of small sellers wishing to go global, and is also in the process of turning it into a profitable business.

Praveen comes with solid corporate experience, and has worked at FedEx in the past too. While with the logistics company, he realised that large logistics firms were not very interested in acquiring customers from the smaller unorganised segment: say, a handicraft maker or khadi goods manufacturer. They usually preferred large corporates as they provided higher revenue and steady business.

“I found this gap interesting and realised that if we could focus on relationships with this segment and create tailor-made solutions for them there could be a successful business built around it,” he says.

A slow but promising start

Praveen, along with co-founder Kuldeep Singh, launched Gxpress in 2016 with an investment of close to Rs 25 lakh. It primarily focuses on those who are keen on selling their goods to the overseas market through various online platforms like Amazon and eBay.

Praveen says, “A Fedex or a DHL charges for a minimum weight of 500 grams even if the article to be shipped is just 50 grams.”

Today, Gxpress has an exclusive partnership with Amazon to ship the products of their sellers overseas, as well as similar tie-ups with others like ecommerce company Shopify and fintech player Payoneer for cross-selling activities.

However, the beginning was slow as they had to rely on the existing door-to-door courier personnel of established logistics companies, but soon they built their own network. Simultaneously, Gxpress also created a network in the US, Europe, Southeast Asia and Middle East.

“We slowly started getting good response as Gxpress is built on an Indian business sense providing international service,” Praveen says. The startup is now shipping about 2,000 packets a day. In the first quarter of 2016 itself, it generated a business of Rs 30 lakh of monthly sales, and it now ships around 90 tonnes of goods from the Delhi airport alone on a monthly basis. The other international gateway for this startup is Mumbai.

Gxpress offers the entire suite of logistics services: delivery, warehousing, distribution, labelling, retail management etc. As this logistic startup believes in foisting strong relationships with its customer base, it also educates them on the whole documentation process, preparing for I-T registration, invoices, and customs handling. “Today, these small customers of ours are working in a typical commercial manner and, in the process, they are able to receive the various export incentives of the government,” says Praveen.

Gxpress has got a fully automated setup, where the only manual activity are the entries made by customers. From the time a parcel is booked, the entire process, which includes scheduling, consolidation, moving to destination, is stored in a barcode and everything is automated. To support this network, Gxpress employs technologies like artificial intelligence, machine learning etc. The customer can track the movement of their parcels too.

Further, in fulfilling the needs of the smaller customers, Gxpress has created a direct link between the small seller and the export market. “Earlier, these manufacturers were selling to the export houses in Delhi or Gurgaon, but now they are able to directly go to the marketplace,” Praveen says.

Gxpress gets its regular customers from companies such as Amazon and also organises various seller events to provide sellers with training on how to sell online and the various markets they can explore.

Gxpress is an affiliated partner of fintech company Payoneer as both are targeting the same kind of customers but with different kind of services. “Payoneer is promoting Gxpress’ services and there is a lot of cross-selling,” says Praveen. Similarly, Amazon Global Solution also refers its customers to Gxpress.

“We have seen cases where small incense stick manufacturers or the makers of multani mitti business growing by leaps and bounds through our help,” says Praveen.

Gxpress is also focused on the China market where it looks at exports from that country into India. Currently, it has 10,000 parcels every month being shipped through them from China.

Praveen says the company’s strong base in China has helped them support a host of smaller sellers keen on selling their goods in the India market.

The pricing of Gxpress depends on the quantity of goods to be shipped. Higher the volume, lower is the price and, vice versa, though Praveen says its charges are lower than large logistics companies.

Praveen says they have got tailormade solutions for different categories of customers, as far as pricing is concerned. For example, if somebody wants to cut down on their freight costs, they have options. “Our USP is that we support the small entrepreneurs who want support for their online presence, and help them grow,” he says.

Much room for growth

A report by Pitney Bowes states the that global parcel shipping generated $279 billion revenue in 2017, an increase of 11 percent over 2016. China reported the largest parcel volume growth of 28 percent on an annual basis, followed by India at 15 percent.

According to Pitney Bowes, India shipped just one parcel per person in 2017. “However, domestic and international carriers and retailers remain upbeat on future prospects of the Indian market and have made sizeable investments in logistics segment of the country,” it says.

The logistics market in India has witnessed the entry of numerous startups who bring their technology edge to the marketplace. These new-age companies are Leap India, Fortigo, Lobb, Blackbuck, Shadowfax etc.

A majority of the startups in the logistics space generally target the deliveries of the e-commerce companies, but Pradeep says that when Gxpress forays into the domestic market, it will target the seller category.

In terms of business growth, Gxpress touched a revenue of Rs 6 crore in the first year of operation and Rs 9 crore next year while touching a profit of Rs 20-25 lakh. In this financial year, it expects to notch a Rs 15-crore revenue. It currently has a 20-member team and is looking to expand as well.

Gxpress also plans to get into the domestic market soon and this will be under the brand name of ‘Courierwala’. This, Praveen believes, will help them face competition both from the established players and logistics startups. Gxpress is also looking at external investment now as it needs the funds for expanding the infrastructure and hiring people.