Neewee brings IoT and other tech solutions to aircraft manufacturing 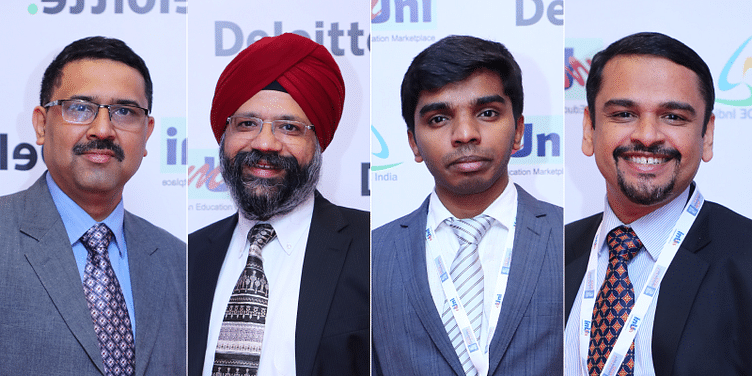 Leveraging IoT and employing technologies such as analytics, ML, and AI, Bengaluru-based startup Neewee has created a robust monitoring software for the manufacturing industry.

Four seasoned techies, during the course of their career, realised technologies in areas such as big data, analytics, machine learning, and artificial intelligence could be harnessed to provide solutions to effectively address various challenges in aircraft manufacturing, a large and complex industry.

Bengaluru-based Neewee, founded by Suyog Joshi, Nataraj Soorkod, Harsimrat Bhasin, and Gucchu Gul Lalwani in November 2014, saw a clear gap in the market where technology solutions leveraging internet of things (IoT) were operating on a small scale or pilot projects, and not really taking a holistic approach to the manufacturing industry.

Suyog, Co-founder and CEO, Neewee says, “One thing we sensed when we were working in various companies was the clear gap in the industrialisation of analytics.” He adds that any technology solution built on IoT using analytics, machine learning, or AI will not be attractive unless it can operate on a large scale.

Neewee decided to develop solutions for the manufacturing sector as it entails a long and complicated process that involves a multitude of lines, systems, and hundreds of inputs.

“Manufacturing is a complex game and one needs to understand the domain. Our objective was clear that we will conduct a pilot project but be an end-to-end product that is scalable and robust,” Suyog says.

Starting up comes with its own risks. As first-time entrepreneurs, Suyog says, “We knew that something could be done and our belief outweighed the risks.”

This bootstrapped startup went into product development for a period of two-and-half-years. Following this, Neewee launched its technology solution Bodhee, which can digitally map the entire process of manufacturing without any impediment or likely breakdown and provide prescriptive inputs.

Suyog says, “In a manufacturing setup, the root cause of a problem is seldom on the assembly line and the real issue lies elsewhere.” Neewee’s technology solution lies in creating a digital twin of the entire manufacturing process where one can easily identify the problem and navigate towards it.

Neewee employs machine learning technologies along with algorithm analytics to create a system where various parts of a manufacturing set up are coordinated through its software to give the complete picture.

The turning point for Neewee came when it was selected among the top five startups for the accelerator programme of Airbus’ BizLab. A hundred and forty startups across nine countries participated in the competition. “It was a boon because whatever we envisaged in terms of complexity or the processes could be now be implemented,” Suyog says.

Neewee is now a registered vendor of Airbus. It took them seven months to implement the solution and it went live in December last year. It has implemented its solution at one Airbus plant and plans are to take the solution to other locations of the aircraft manufacturer in Europe.

“In the manufacturing industry, there is a lack of understanding on the causal analysis of how a change in the parameter of one line is going to impact the entire chain,” Suyog says.

Natraj Soorkod, CTO and Co-founder, says Neewee also built in predictability in the solution where it could visualise how a one percent change in one segment could change the entire process. According to the founders, theoretically everybody had an idea but the missing piece was how to map it analytically and statistically develop the model that can predict. All this complexity is masked so that the end user finds it simple to use.

For manufacturing setups that are not advanced - they lack sensors or the ability to gather data - Neewee has developed another technology solution called Rishee to perform this function. From a competitive perspective, Neewee does not see any real threat as the market is new. Every manufacturing setup has three key parts: supply chain, manufacturing, and operational aspects. There are a few technology players that provide a similar kind of technological solution in one of these segments but not in the entirety.

The return on investment from using Neewee’s solution depends on the focus of the manufacturer. For some, quality is paramount; for others, it is the focus on delivery; and for many, it is cost. The startup’s solution can be integrated on the premise or delivered through the cloud.

Neewee is focused only on the manufacturing segment, which includes the verticals of aerospace, automobiles, ship building, large equipment manufacturing, and cement. The company has been self-sustaining till now and revenues have started coming from its key client – Airbus. This year, it expects a strong momentum in revenues as it is in talks with over 20 clients, both in India and abroad.

Neewee currently has a presence in the European and Indian markets with plans to expand into the Asia-Pacific and later to the US. The startup has partnered with system integrators from India as well as management consulting companies in Europe, and is constantly on the lookout for similar partnerships. It has also tied up with academia in institutes like IIT Kharagpur and NIT Nagpur.