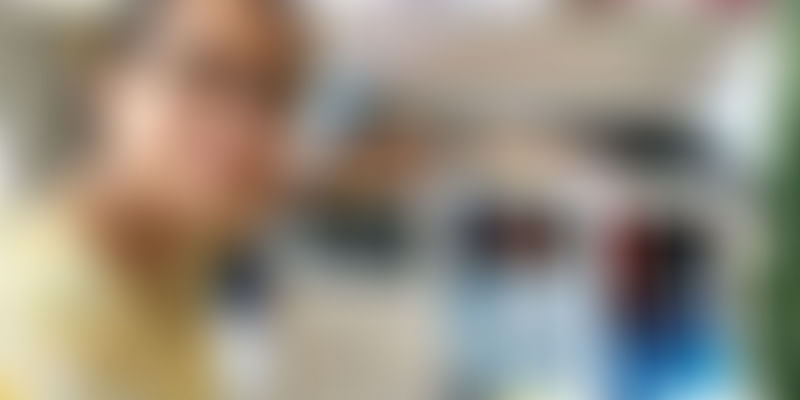 Age is just a number, and 15-year-old Nidhi Mayurika agrees whole-heartedly. The Class 9 student of Narayana Olympiad school, Bengaluru, has been consistently innovating to win the prestigious NASA Ames Space Settlement Contest since 2016.

The three-time winner, who's passionate about space and its elements, is keen to become a cosmologist and represent India on an international platform.

Nidhi has been aiming for the stars since she was in Class 5. In an interview with Edex Live, she said,

“When I was in Class 5, I’d always take part in the science competitions held at the school level. Seeing my interest, my school principal told me about the NASA Ames Space Settlement Contest (ASSC).”

Nidhi's innovations and her hard work - she dedicated two hours every day after school - led her to success. In 2016, when she first enrolled for the contest, the theme was virtual space colonies. She was helped by her physics teacher, and gained knowledge from online courses in astrobiology from The University of Edinburgh, Boston University, the Australian National University etc.

In 2017, she came up with Soham, to launch satellites from satellites. Soham is a habitable space colony located 350 km away from Earth at LEO, to build and launch satellites; it comprises an Inflatable Space Station.

This year, Nidhi worked on her third project, Swastikam, a space colony built for synthetically designed and created organisms to adapt, evolve, and be independent in the new ecosystem. This helps organisms adapt to change in conditions such as radiation, heat, continuous daylight, and lack of gravity.

When asked why she chose to contest in the competition thrice, she said:

“I had two reasons for participating in this contest. Firstly, this was a platform for me to express myself, my ideas about space and its elements. The other reason is that I wanted to represent my country. After all, we Indians have been able to prove many theories with the power of imagination alone like the Theory of Parmanu (atom), solar systems and many more.”