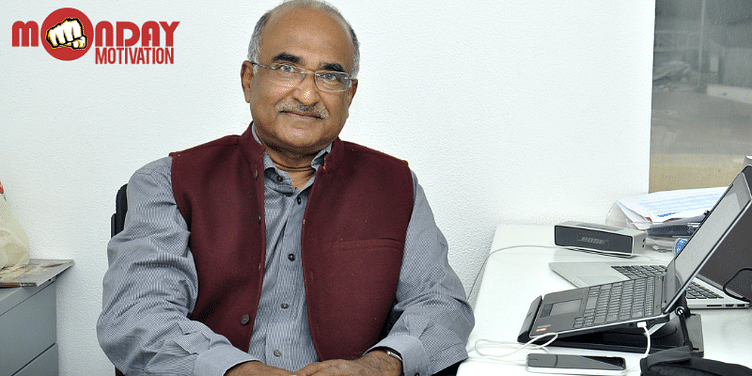 The Antara Foundation is enabling the auxiliary nurse midwives, anganwadi and ASHA workers to utilise a common database to help carry out their routine tasks with ease.

Manju Khanwar, an anganwadi worker from Jhalawar in Rajasthan, recalls the time when lack of coordination among health workers led to “incomplete prenatal care of the mother and the baby,” leading to complications at birth.

According to UNICEF’s ‘The State of the World’s Children’ report, around 78,000 women die from pregnancy and childbirth every year, and about a million neo-natal deaths occur in India every year.

While working on the HIV awareness and prevention programme, Ashok Alexander, former head of Avahan, a HIV programme of the Bill & Melinda Gates Foundation, witnessed the dismal state of healthcare in India. He found out this was primarily due to the lack of coordination and communication between the front-line workers — the primary healthcare centres, the midwives and auxiliary nurses, the anganwadi workers and ASHA workers.

Hence, after working for 10 years at the Bill & Melinda Gates Foundation, Ashok quit his job and founded The Antara Foundation in Rajasthan in 2014, with an aim to achieve public health delivery at scale.

“The workers are often unaware of the geographical area and population to be served by them. The frontline workers differ in identification and tracking of beneficiaries. Tasks were carried out in a linear manner and not as per the need. Workers were ill-equipped to handle community resistance independently and there were also little to no opportunities to learn from each other,” Ashok explains.

The 64-year-old alumnus of the Indian Institute of Management, Ahmedabad (IIMA) decided to partner with the State government to co-create and institutionalise solutions by building the capacity of frontline workers, driving community demand and creating an enabling ecosystem.

The foundation, along with the State government, started working with the anganwadi, auxiliary nurse mid-wives and ASHA workers (AAA). They created a mobile application called the AAA app, which enabled real-time communication among these stakeholders.

Ashok believed that a scalable and sustainable healthcare system in rural India can be enabled though data collection and sharing.

“After starting The Antara Foundation, I had worked extremely hard without any programme in hand in the first year and recruited a team not knowing how I would be able to pay them. A project that we had worked on for over a year was set to slip out of our grasp after a single meeting,” he recalls.

While Ashok had a robust plan in hand, funding and partnering with on-ground workers proved to be a challenge. It was then that he approached the State government for a partnership, since it already had the grassroots presence. He says all that was required was to streamline and connect the frontline workers.

Technology to the rescue

Their flagship Akshada programme, in partnership with the State government and Tata Trusts, enabled the AAA to utilise a common database to help carry out their routine tasks with ease while maintaining data of their work — daily household visits, growth monitoring, monthly progress report of the mother and the child. The app generated essential government reports, provided an online supervision dashboard and enabled referrals.

“Political will at the highest level in the state, along with strong interest from the government at all levels has been beneficial. Most of all, frontline workers have been receptive and they adopt data as an aid in their work. Through all this, the workers can focus on their primary responsibility of delivering care, aided by data,” he says.

To help the grassroots workers in their day-to-day functioning, the foundation undertook several initiatives such as:

“We eliminated repetitive columns, introduced a logical sequence and made it visually appealing. It helped to save time, improve data quality and morale of the health workers,” says Ashok.

2. Nurse mentoring: Each community health centre caters to approximately 80,000 people. The foundation helped to facilitated labour room organisation, ensuring availability of essential drugs and equipment and proper display of posters and educational material for the people. They also started the nurse mentor programme to provide training to the nursing staff to enable them to enhance their skills.

3. Mobility: The Auxiliary Nurse Midwives (ANMs) typically serve a population of 5,000 across villages and some of them have to travel to inaccessible areas. To ease their burden and improve efficiency, six ANMs were provided with two-wheelers in December 2015.

The AAA platform was initially piloted in 2,700 villages across Jhalawar and Baran districts in Rajasthan.

“The nourishment levels of the mother and the child has improved under the Akshada programme. A big change is expected under the programme when it gets implemented further with the help of IT,” said Vasundhara Raje, Chief Minister, Rajasthan.

The team is currently working to scale its programme to every village across the state under the name 'Rajsangam'.