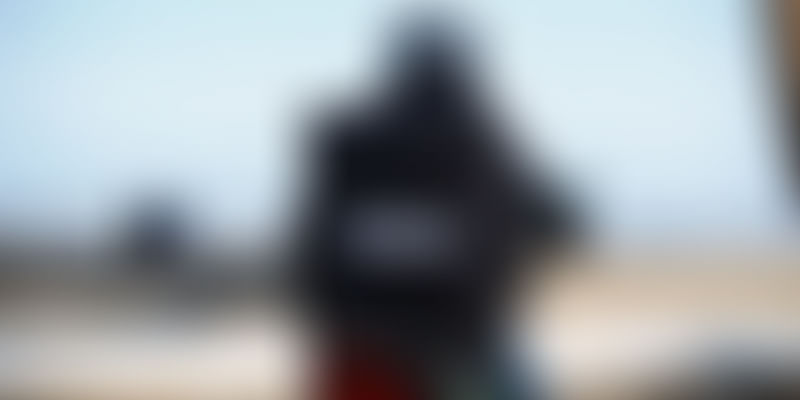 To create a hitherto unknown market, or disrupt an existing one is every startup’s dilemma, and Uber has attempted both – the first with its ride-hailing service, and second with the food business.

When Travis Kalanick and Garrett Camp found it difficult to find a ride in Paris, they made sure the world did not face the same issue – and realised it would be a good idea to explore a way to book a ride online. Four years later, Uber CEO Travis had bigger plans - ‘Uber everything’ - logistics, ride-hailing, peer-to-peer transport, bikes, air taxies, and of course food.

A pioneer with its other businesses, Uber chose to sit it out when it came to food. When it did foray into the space in 2013 in the US, the concept of online food delivery was tried and tested – and successful. In 2017, when Uber Eats launched in India, it was again a late entrant. That did not deter the company. It plunged headfirst into financial capital Mumbai, but kept things small.

“Mumbai has its mix of niche and regular restaurants. With Uber rides app, you can press a button and get a ride within minutes any where in the city. The principle behind Uber Eats is the same, using the same amazing technology that connects people, only with food, ” says Bhavik Rathod, who had launched Uber’s ride-hailing business in the country, and then took over as the head of Uber Eats in India.

Riding back on its ride-hailing business

“For a late entrant, the market is easier to crack into. Swiggy and Zomato have already onboarded over 50,000 restaurants - they had the tough job of explaining to the partners the uses and need for going online. When Uber Eats entered, restaurant partners were warmed to the idea; they knew it would help increase revenue and get more customers.”

On the user side, again, customers, especially in metro and a few Tier II cities, are comfortable with ordering online. “The delivery partners again are used to the operations, understand how it works - they are already trained,” he says.

Starting with 200 restaurants in Mumbai, today, Uber Eats is present in over 31 cities in India, and has tied up with 12,000 restaurants. Globally, it has a presence in over 293 cities. The team claims to add over 110 restaurants across the country every day. India is the company’s third largest market globally after the US and Australia.

“The advantage we have is the fact that we have a robust ride-hailing business even in India. A lot of the consumers are already Uber users, and getting them to try and use Uber Eats isn’t a challenge. In 2017-18, we have seen a 50 percent month-on-month growth in terms of number of orders and deliveries,” says Bhavik.

When Uber Eats entered India, the startup space was just emerging from the disastrous 2016, when several foodtech startups, and promising ones at that, had wound up. Swiggy and Zomato lived to tell the tale, and were already perfecting the function of picking up food and delivering it. Yet, what Uber Eats came in with was global experience, and deep, deep pockets.

When Uber Eats opened its Indian account in Mumbai, much like in the US, it started with select, niche food businesses like The Bohri Kitchen, The Good Wife, Coffee by Di Bella, Chaayos, and a few others.

According to The Information magazine, Uber Eats’ global revenue in January-April 2018 was $1.5 billion. The global team estimates the company’s valuation between $10 billion and $15 billion. Its parent, Uber, is valued at $68 billion.

While making a late entry into a market could mean being labeled another 'me-too', it also comes with the advantage of maturity, learning from competitor’s mistakes. Bhavik says,

Then there are some disadvantages too. “The general pattern for food delivery works on top-of-the-mind recall. People tend to have one or two apps, and tend to choose a service they are used to,” explains Rohan of Red Seer.

What helped Uber Eats' cause was working on the discounting. The platform began with offering delivery at Re 1. “Others’ loyalty programmes started much later. If the programmes were introduced before Uber Eats entered India, it might have found it a little more difficult,” he explains.

Something that helped Uber to a great extent was its understanding of the areas of logistics, traffic situations and how operations are run. “They leveraged Uber itself; a link on the platform took you to the Uber Eats app and it just needed a simple authentication. Apart from that, all the information was in place,” Rohan says.

Uber Eats’ competitors are strong and well-funded: while new unicorns Swiggy and Zomato have the backing of DST Global and Alibaba-owned Ant Financials respectively, Ola-owned FoodPanda can dip into Softbank’s pockets.

FoodPanda has a base of 150 million consumers, completes 3,00,000 orders a day, and is set to hire over 60,000 delivery partners over the next few months. It is also offering deep discounts like 'Biryani at Rs 79' and some snacks at Rs 19. Swiggy reportedly completes more than four million orders a month, and as of June last year, the number was over 14 million. Zomato has reportedly done over 16.5 million orders this year.

Uber refused to share order-specific numbers in India. Globally, according to The Information, Uber Eats was generating about $3 million worth of orders in a week this year.

Most food-delivery businesses hold a margin of 15-30 percent, and Uber Eats reportedly has a margin of 25-30 percent. Today, the overall food tech market in India is believed to touch $2.5 billion by 2021, as against its current $700 million, predicts RedSeer.

The leverage of data and numbers

Apart from discounts, which, according to Satish Meena, Senior Analyst at Forrester, Uber didn’t do much of, what it made use of is its mobility platform, and deep pockets.

“Uber knows that it doesn’t have the leverage in terms of numbers and size; what it has to its advantage is technology, and is working with that. Uber is looking at the India market from a long-term perspective. They are waiting, and have the capital to wait to put in the right technology to get their delivery models right.”

He adds that the battle is between Uber Eats and FoodPanda--which hold 10-15 percent of the market today--rather than with Swiggy and Zomato, to showcase their mettle to common investor Softbank.

“They are going slow, and waiting for the next five years to build their next technology push, more than adding delivery partners,” says Satish. To that end, Uber is looking to soon use drones for food delivery under its ambitious Uber Elevate and Air programme.

The team adds that it uses the added advantage of technology from its ride-hailing businesses with a twist of localisation, looking at it from a search-and-recommendation technology and machine learning perspective.

The selection and ranking of restaurants are based on user behaviour. For example, if you often order a certain kind of food, not only do you get similar recommendations thrown up, but also more such restaurants and areas close by. “Today, the foodtech industry in itself is growing exponentially. It means that many more users who had never tried online food delivery before are getting into the space,” explains Bhavik.

What has worked for homegrown players is that they have had the time to bring in a sense of consistency into the business. Will Uber Eats be able to bring in that growth and consistency at the same time? Again, only time can tell.