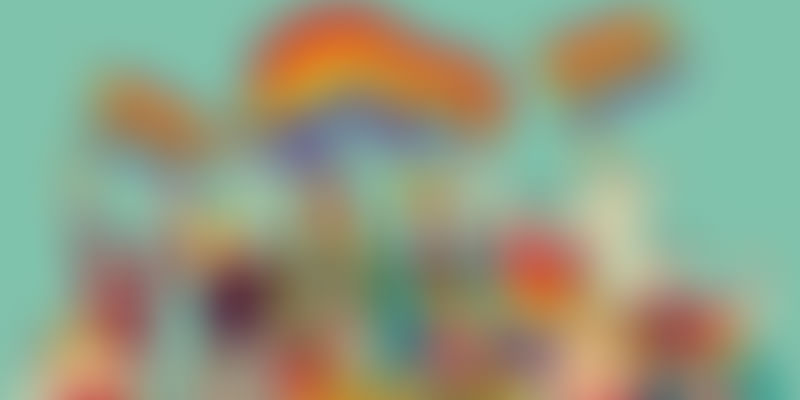 Humans have always boxed everything up into black and white contrasts and standardised ideals, essentially losing touch with what it means to be human. In this ever-changing, quick-paced world, where everyone is in a hurry, let’s take a step back and get down to the basics of being human – identity. Specifically, sexual and gender identity.

It’s time to break the binary by understanding the LGBTQIA+ community.

Let’s first understand the difference between gender, sex and sexuality.

Sex – At birth, the genitalia and reproductive system humans possess, determines their sex. This could be male, female or intersex (more on this later).

Gender – A combination of innate traits and learned behaviour, gender is how one identifies and expresses themselves regardless of sex. Gender and sex cannot be used interchangeably.

Cisgender – describes a person who is comfortable and identifies with the gender they were assigned at birth.

Sexuality – Completely separate from gender and sex, sexuality only refers to the romantic and sexual attraction one experiences towards other people.

Now that we have this basic understanding, what does LGBTQIA+ mean?

Lesbian (n.) is the term for women who are only attracted to other women, romantically and/or sexually.

Usage: A lesbian; Lesbians; “I am a lesbian”

Gay (adj.) is the term for men who are only attracted to other men, romantically and/or sexually. Gay is also an umbrella term for same-sex attraction and can be used by lesbians to describe themselves as well.

Bisexual (n., adj.) is the term for people who are attracted to both men and women, romantically and/or sexually. Contrary to what many believe, bisexual people are not, in fact, “half gay, half straight, or confused”.

Usage: A bisexual person; “I am bisexual”

The ‘Q’ in LGBTQIA+ refers to people who are still questioning and exploring their identity. It may also stand for “queer” – a word that originated as a slur against people in the LGBTQIA+ community.

Many members of the community have reclaimed the word “queer”, and use it amongst themselves as a blanket term for the community. However, there are some members who find the word offensive and don’t condone its usage. If you are not part of the LGBTQIA+ community, refrain from using this word.

Intersex (adj.) is the term for people born with any of the several variations in chromosomes and hormones, and a reproductive system or genitalia that does not align with the typical definitions of female or male.

However, many intersex children are brought up as the gender their physical appearance most resembles. Some of them are also subjected to irreversible genital surgeries as infants, thought to help them “grow up normally”. This is an unnecessary procedure, as being intersex is not a medical problem. It may actually cause them psychological harm.

It is also important to note that intersex is exclusively about varying reproductive and sex characteristics, therefore it is not the same as transgender.

An asexual person, “ace” for short, is someone who does not experience sexual feelings towards others, regardless of gender. This does not mean asexual people do not enter romantic relationships or occasionally engage in sexual activity. It simply means that they rarely, if ever, have sexual desires. Note: Asexuality and celibacy are not the same thing, as celibacy is a conscious choice and decision.

There is a host of other sexualities and gender identities apart from those mentioned above. Let’s take a look at a few of them:

The LGBTQIA+ community has faced and continues to face immense discrimination and violence. As times change, there have been a lot of positive changes in mindsets, opinions and laws all around the world, including the recent de-criminalisation of Section 377 in India, but there still remains the discomfort and awkwardness when we talk about sexuality and gender.

Parents shield themselves and their children from such conversations, labelling them “bad” and “inappropriate”. Forced “conversion therapy” takes place behind closed doors. Classrooms, corridors and washrooms have heard and seen too many slurs being hurled, “jokes” being made, and bullying being overlooked. Teenagers and young people are thrown out of their own homes, with nowhere else to go.

There have been innumerable incidents of targeted violence that have turned fatal. The list of injustices faced by the members of the LGBTQIA+ community goes on and on and needs to stop. Use your knowledge and voice to stand up for and with the community.

How you can be a better ally:

PS: The author is gay and identifies as non-binary, and goes by the pronouns “they/them”.