From coding since age 5, to an AI expert at 15: meet Tanmay Bakshi 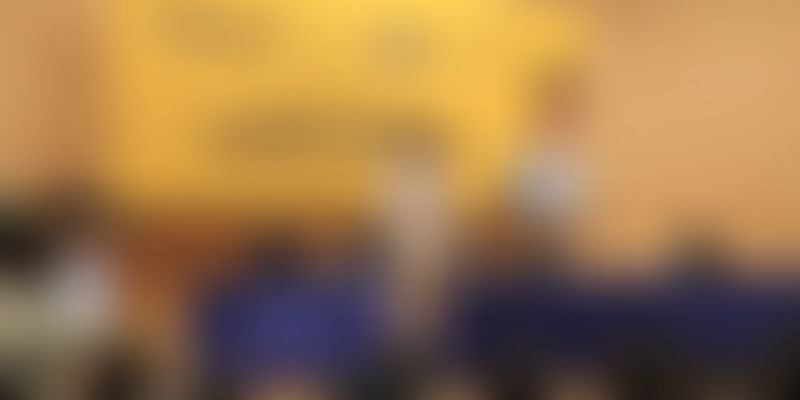 He started coding at the age of 5, created an iOS app at 9, and became the world's youngest IBM Watson Programmer at the age of just 12. Meet Tanmay Bakshi - an AI expert for Google and IBM, a TedX Speaker and a Keynote Speaker for associations like NASSCOM.

He has also co-authored the book Hello Swift! iOS Programming for Kids and Other Beginners. What's more, he runs a YouTube channel that has nearly 300,000 subscribers, where he uploads tutorials and other informative content.

YourStory caught up with Tanmay and asked him about his achievements and how he pictures the future of technology. Here are edited excerpts from the interview.

YourStory: What does 'Gen Y' mean to you? What kind of changes do you envision this generation bringing about?

Tanmay Bakshi: Gen Y, of course, is the next generation of humankind - a generation that I feel will bring immense change to the way we live. So far, for the past few decades, technology has consistently become a greater part of our lives. Now, it’s hard to imagine a few hours without internet access. But Gen Y is going to grow up in and live in such a technologically advanced world to a point that it will be critical to their future to know how to converse with technology and how to speak the computer’s language. They’ll grow up in an age that practically redefines the kinds of data computers can work with. This is all thanks to new technology like machine learning, IoT and cloud. They’ll have a new way of thinking, and will be able to invent things that we couldn’t have ever dreamt of.

YS: Most people underestimate young people trying to make a change in the world. Have you faced any obstacles regarding this? How do you combat them?

TB: I have been fortunate to be associated with organisations like IBM where I haven't faced discrimination due to my age. It does, of course, take some time to change people’s overall perceptions. However, I’m passionate about what I do, and that is visible in the work that I do.

YS: Is there anyone you looked up to, or were inspired by, while pursuing your passion?

TB: Of course, there are many people who inspire me! Steve Jobs and Elon Musk come to mind immediately. Elon is really inspirational because he just goes for his ideas! When he had the idea for self-driving cars, he just did it! Now, you can get a Tesla car with autopilot, all thanks to him wanting to implement the idea. At the same time, I’m also inspired by the people who ask me questions and write to me with their comments, ideas and suggestions - it’s for those people that I create YouTube videos and write books. I just love to share my knowledge.

YS: In the future of technological advances, how do you think we can optimally balance humanity and technology?

TB: I think technological advances themselves will help us balance humanity with the technology we use, and redefine what it means to be human as well. If you think about it, the way that humans, and other animals, evolved, makes them well-suited to understand visual input, tactile input, smell and auditory input. We didn’t evolve to do mathematical operations, and we didn’t evolve to drive cars either! These are small, but necessary tasks that we’ve so far had to do because there’s no other way to get them done. With technology taking over, more and more of these things will be done by computers and we will be free to do things that make us human.

YS: There are many young people today who aspire to scale new heights with AI, programming, and much more. Do you have a message or any advice for them?

A: Really, there are 4 main things: first, make sure you’re passionate about what you do! Doesn’t matter if it’s coding, art, sports, science, math, or anything else - do what you want to do. But make sure that you’re perseverant - don’t give up, even at the thousandth roadblock. Also, ensure that you learn yourself, don’t just rely on or limit yourself to a curriculum. The best way to learn is by example, by doing something on your own. As you’re learning, along the way, make sure you try your best to make whatever you learn accessible to more people as well. It might be a YouTube channel, a Github Repo, or even a blog.

On October 4, he addressed students and professionals at “Tech Talk with Tanmay” organised by BPB Publications at Amity University.